Italy has implemented a new tax on high-frequency trading on its stock markets, becoming the first country in the world to charge a largely unregulated market practice. The EU is still bickering over the issue. 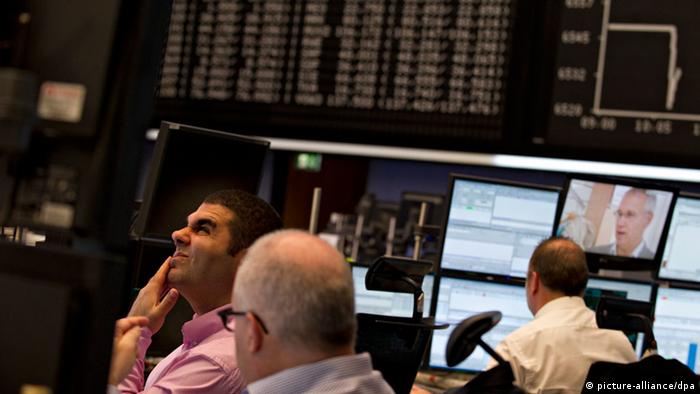 Italy has imposed a levy of 0.02 percent on all stock market transactions lasting less than half a second, the Finance Ministry in Rome announced Monday. The move is part of a series of new financial transaction taxes implemented in the wake of the 2008 financial crisis, it added.

Italy's new measure came as regulators in the European Union and the United States are discussing cracking down on a sector which has dramatically increased in recent years. In Europe, high-frequency trading accounted for 6.7 trillion euros ($8.8 trillion) in equities trading volumes last year, more than one third of the total.

High-frequency trading firms use computer algorithms to dart in and out of equities markets faster than the blink of an eye, trying to profit from price changes.

They've been blamed for causing the so-called ‘flash-crash' in the United States in May 2010 when the stock market dropped more than 1,000 points, or nearly 10 percent, within a matter of minutes.

In Italy, investors said they were concerned the tax could drastically reduce trading volumes, stressing that the rapid financial transactions provide liquidity to markets.

However, the trading method is under scrutiny in many countries. In the European Union, a draft proposal put forward by the executive Commission is currently being negotiated between the EU Parliament and the EU governments.

Twitter says it will beef up security for its users in response to recent breaches - one of which led to a major "flash crash" on Wall Street. We ask: what role do social media play on the markets? (27.05.2013)

European leaders spent decades dismissing calls for a tax on the sale of shares, bonds and other financial instruments as left-wing hysteria. But now France and other EU members are examining the concept more closely. (09.01.2012)

The practice of high-frequency trading has more in common with operations inside a casino than a trading room floor. Except an HFT mistake could cost billions of dollars more than a misplaced bet at the roulette table. (22.04.2011)