An Italian journalist, who had been detained for two weeks in Turkey, has returned home. Turkish authorities had alleged that Gabriele Del Grande had entered an area near the Syrian border without permission. 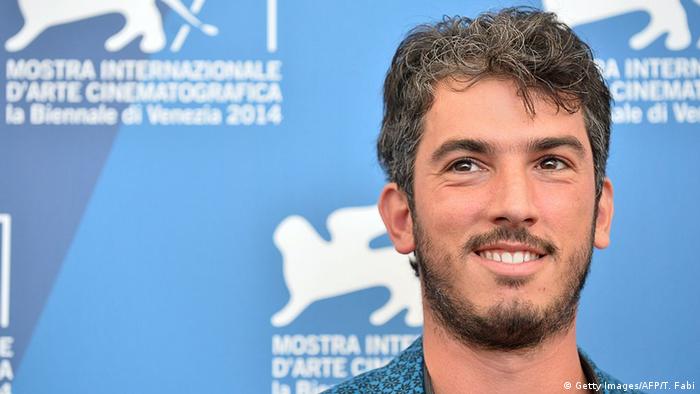 Gabriele Del Grande arrived at Bologna airport on Tuesday after his two-week custody in southern Turkey. The blogger and documentary-maker, who has written about refugees in the past, said he felt that his detention had been unlawful, especially seeing that he was not allowed any consular visits during his detention:

"I feel it's illegal what's happened to me - a journalist deprived of his freedom for 14 days for doing his job," Del Grande told reporters at the airport upon arrival in Italy.

34-year-old Del Grande said plainclothes security officials had detained him, stressing that the authorities had treated him well: "they didn't touch a hair on my head," Del Grande said.

The journalist and blogger did state, however, that he had gone on hunger strike for seven days during his ordeal, saying that the first thing he wanted to do upon arrival in Italy was "go eat."

A government official in Turkey confirmed that the journalist had been detained on April 9 for illegally entering a military zone near the town of Reyhanli in Hatay province, along the Syrian border. The official, who spoke on condition of anonymity in line with government regulations, said that Del Grande was working without the permit journalists need to obtain in advance in order to work in any reporting capacity.

The official added that at some point during the two weeks of Del Grande's detention he was transferred to a center for the expatriation of foreigners located in the southwestern province of Mugla.

Italian Foreign Minister Angelino Alfano meanwhile said that Italian-Turkish relations remained solid, saying that the Turks had been acting "according to the procedures" in putting the Italian national in custody.

3 questions, 3 answers: How should Germany deal with Turkey?

3 questions, 3 answers: How should Germany deal with Turkey?

"We had a great link with Turkey in the fight against terrorism," Alfano added, commenting on bilateral relations between the two countries while highlighting that "quiet diplomacy" in the background had helped with speeding up the Italian national's release..

Del Grande, however, had some stronger words to say about his outlook on Turkey. The journalist said that he wanted to offer a "thought (...) to the journalists who are in jail in Turkey and all (over) the world," referring to Turkey's crackdown on journalists.

Turkey's relations with a number of nations have been someone strained in recent months; Germany has taken a cooler tone since, among other things, the detention of Turkish-German journalist Deniz Yücel since February 2017, who is accused of aiding terror groups.

According to the New York-based Committee to Protect Journalists, at least 81 journalists are currently in prison in Turkey, many of whom were incarcerated after a failed attempt by parts of the Turkish military to topple Turkish President Recep Tayyip Erdogan.

Some believe the true number of journalists imprisoned in Turkey is almost twice as high.