Police have arrested two people accused of hacking sensitive information from an Italian cyber defense company. The hackers were able to steal 10 gigabytes worth of data, including information on military gear. 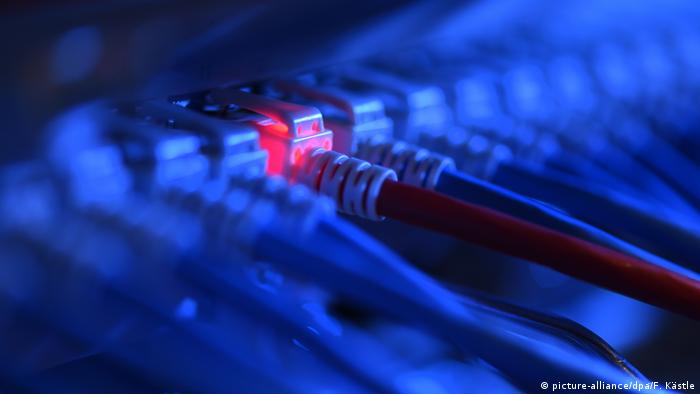 Police in Italy have arrested two people in connection with the hacking of Italian aerospace and electronics company Leonardo, the Interior Ministry announced on Saturday.

The Leonardo group also has a cybersecurity division that counts NATO among its customers and is involved in making electronic weapons and missiles. The hackers allegedly managed to steal sensitive data from the company's computers between 2015 and 2017.

Around 10 gigabytes of data, equivalent to around 100,000 files, were stolen from the computers. The data included information on components for Italian civilian and military aircraft.

Prosecutors in the southern city of Naples said a former employee of the company in the cybersecurity division had infected 94 computers with malware from a USB stick at facilities in Pomigliano d'Arco near Naples and extracted "classified information of significant value to the company."

"At the end of a complex investigation by the Naples prosecutor into a serious computer attack against Leonardo ... a former worker and a company director were arrested," a ministry statement said.

Police have placed the head of the company's Cyber Emergency Readiness Team — a team set up to defend Leonardo from hacking attacks — under house arrest for allegedly manipulating evidence and distorting the investigations.

A blow dealt to Leonardo

The breach came as a blow to Leonardo which, in a statement on Twitter, called itself "obviously the injured party in this affair" and said that police involvement was regarding "a former consultant and non-executive employee of the company." The company said it has "provided from the beginning and will continue to provide maximum cooperation to the investigators."

Investigators uncovered unusual activity on several computers as a result of the malware program. The hackers had been able to use the program to intercept messages and capture images from other workers' screens. Some 48 of the compromised computers belonged to work stations involved in the aerospace sector.

Researchers from technology giant IBM say hackers have tried to collect information on the global initiative for distributing coronavirus vaccine to developing countries. They said a nation state appeared to be involved.