Italian man sentenced to jail for infecting 30 women with HIV

An HIV-positive man has been sentenced to 24 years in jail for infecting at least 30 women despite knowing his status. The Italian man convinced women to have unprotected sex with him by saying he'd recently been tested. 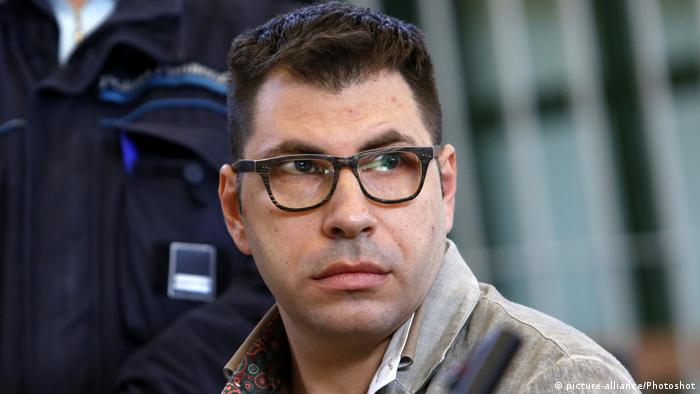 A court in Italy on Friday sentenced an HIV-positive man to 24 years in prison for intentionally infecting dozens of women with the virus over a nearly 10-year period.

Police believe he had sex with at least 53 women between 2006 — when Talluto discovered he was HIV-positive — and his arrest in November 2015.

He passed the virus to at least 30 of them, often convincing his partners to have unprotected sex by saying he was allergic to condoms or that he just had an HIV test, according to testimony in the Rome court.

The male partners of three of the women and the 8-month-old baby of a fourth woman subsequently contracted the virus, which damages the immune system and causes AIDS.

Prosecutors in Rome requested a life-sentence for Talluto, but after 12 hours of deliberation, the court decided he did not cause an epidemic by spreading a pathogen. Instead, they convicted him of "grievous and incurable bodily harm."

"Talluto has never cooperated, he has made false statements, he has always denied any responsibility, even in the face of the evidence," prosecutor Elena Neri told the court last month.

"His actions were intended to sow death," she added.

The man's defense lawyers maintained his actions were "imprudent, but not intentional." They described Talluto as a young man eager for affection after his mother, a drug addict who was also HIV-positive, died when he was 4 years old.

Talluto expressed regret before the court for what had happened but said he didn't realize the consequences of his actions.

Many of the women discovered they were HIV-positive by chance due to health problems or after they learned of Talluto's arrest. The youngest of the victims was 14 years old at the beginning of her relationship with the defendant while the oldest was around 40. The age of consent in Italy is 14.

Around 35 million people around the world have died from the HIV/AIDS pandemic since it began in the 1980s.