Italian Mafia Invests Millions in Germany | Germany | News and in-depth reporting from Berlin and beyond | DW | 13.11.2006

A secret study by the German foreign intelligence service said members of the Calabrian mafia are using Germany to invest cash from drugs and weapons smuggling, according to a German newspaper. 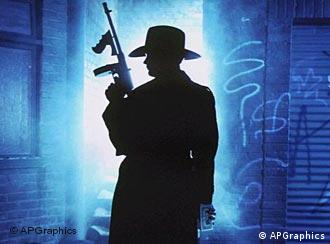 The study said the 'Ndrangheta, as the Calabrian mafia is known, have invested double-digit millions of its profits in German hotels, restaurants and houses, especially along the Baltic coast and in eastern German states of Thuringia and Saxony, the Berliner Zeitung reported Saturday.

Two 'Ndrangheta clans have entrenched themselves in Germany and have smuggled weapons from Switzerland and Germany in close co-operation with Albanian mafia groups, the paper said. 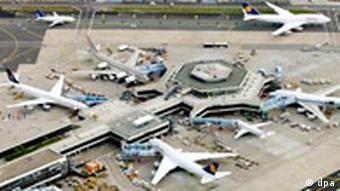 German airports are being used for drug smuggling

As part of its money laundering activities, the 'Ndrangheta have also bought up large packages of shares in companies listed on the Frankfurt stock exchange, particularly energy firms.

Some clans have also invested in shares in Gazprom, in which German gas market leader E.ON has a 6 percent stake.

A BND spokesperson refused to comment on the newspaper report.

Criminologist Letizia Paoli has written several books on the mafia, including the 'Ndrangheta. She said the Calabrian members are "certainly operational" in Germany but are not more active there than in other northern European countries.

Although German airports were used for smuggling drugs, the 'Ndrangheta's main activity in Germany was money laundering, according to Paoli.

"Most Italian mafia members, including those in the 'Ndrangheta, are still relatively unsophisticated," she said. "They tend to invest their cash in properties."

Germany a hiding place for mafia on the run 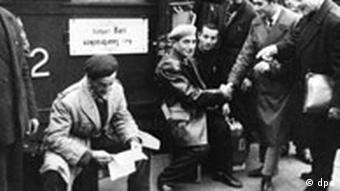 She added that when mafia members left Italy, this was usually because they were on run from the law and tend to establish themselves in regions with a high number of Italian immigrants.

"The mafia members are mostly present -- as are the migrants themselves -- in countries that took in a high number of Italian migrants in the 1950s, and Germany is certainly one of them," Paoli said.

"I would certainly expect more 'Ndranghetisti in Germany than say, in Sweden."

"I Thought it was Just Laundered Money"

A Norwegian student on a field trip to Berlin though he had made the deal of his life -- until he got arrested buying deodorant. (19.10.2006)

In a crackdown following the seizure of a top Mafia boss, Italian officials arrested 45 suspects including clan leaders. (21.06.2006)