'It is certainly going to worsen Volkswagen's troubles' 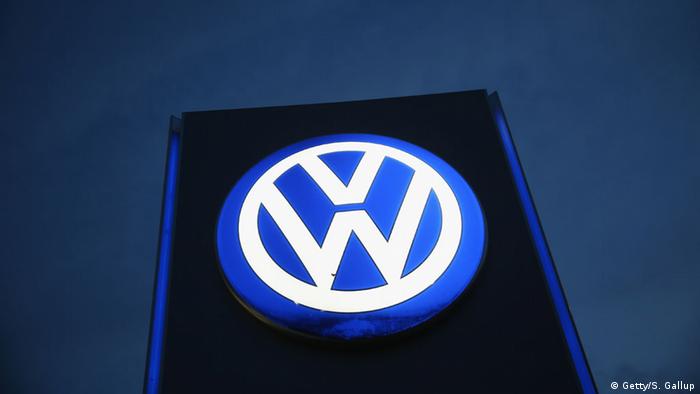 German carmaker Volkswagen's troubles over the scandal provoked by revelations that it cheated on US emissions tests seem to be just beginning. VW is expected to face significant fines from the Environmental Protection Agency (EPA), costly lawsuits from angry customers and a recall of almost 500,000 vehicles in the United States.

And VW's problems in the US may not end there: Sales of its newest vehicles are in question after the company revealed that they also contained a second emissions control software. It is unclear whether this software was also used to manipulate test results.

Stefan Reccius asked Clarence Ditlow, chief executive of the Washington-based Center for Auto Safety research group, to assess VW's current situation and what lies ahead for the company.

DW: Volkswagen acknowledges that a second emissions control software installed in its newest diesel fleet had been undisclosed so far. How serious is this new development?

Clarence Ditlow: The certificate of conformity has to list any such device. If it's listed, EPA takes a look at it to see whether or not it's a defeat device or whether it's some legitimate auxiliary control. First of all, it's serious because they didn't reveal it, so I can't imagine they are not going to get a fine for that.

Does this have the potential to extend the scandal and deepen the trouble for Volkswagen?

It is certainly going to worsen Volkswagen's troubles. If EPA determines that it is a defeat device, they are in even bigger trouble. At the very least, they violated the requirement to disclose it. If you have a serious violator that Volkswagen is, they are not going to let anything slip.

VW has halted the certification process of their 2016 model diesel cars, and regulators are conducting further investigations. What does this mean for Volkswagen in America? 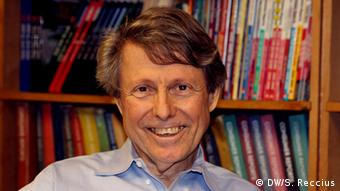 It's very simple: They can't sell their diesel cars. In 1973, Ford cheated on its emissions testing. EPA required Ford to recertify all the vehicles. You could have the situation where Volkswagen has to go back to stage one and run the entire certification test all over again.

How bad of a setback would that be?

If EPA requires a recertification of the diesel, it's going to delay the ability to sell any 2016 diesel here for at least two months.

What would be the economic impact if future sales were also affected?

It's a little hard to say. Volkswagen is a brand name that has loyal customers. This question is a marketing one. The dilemma is, once you have a scandal this big, any further mistakes can cost you a loss in sales. They have two primary priorities. One is to get the recall done and bring them back into compliance. The second is to convince their loyal buyers to stay with them. If you're looking at a two months' delay, people will wait under normal circumstances, but during the two months, people could rethink if they want to buy a diesel. The worst-case scenario is that they switch to another brand.

In addition to that, VW will have to recall roughly 500,000 affected cars in the United States, the vast majority of which will need more than just a software update. How long do you think this will take?

First, they have to get approval from the regulators for their proposals. My understanding is that they are going to decide very shortly. If they can get regulators to sign off on the fix, you got to put it in the production. Estimates are out from Volkswagen that it can take up to between five and 10 hours of labor per car. In the United States, the current rate for the mechanics averages $120 (105 euros) per hour, so you are looking at a $600-1200 repair labor cost. With 430,000 cars affected, you are looking at costs of several hundred millions just for the recall. One of the biggest questions about the recall is: How many people will bring them in and get them fixed?

Many VW customers seem to believe that there will be negative effects on performance and fuel efficiency. Could this thwart the recall?

It's going to affect it. I anticipate that, whatever recall measure is approved, it's going to have a completion rate provision in it where they have to offer consumers an incentive to bring the car in, which could be $500-1000 dollars.

VW is calculating at least one or two years to complete the fixes. Do VW owners simply have to be patient, and what would you recommend for them to do?

First of all, as EPA has indicated, the vehicles are safe to drive. We would then recommend them to bring the car in for the recall. There are two categories of purchasers. On the one hand, you have purchasers who are exceedingly environmentally cautious; they are going to feel defrauded and probably want their money back in order to buy some other green car. In the other group are purchasers who like the performance that the VW cars give, and, if you have a fix that doesn't affect performance significantly, they probably go with the fix. It's an open question how many people are willing to wait for a repair and drive their present vehicle, and how many are going to demand a replacement for their car.

What is your experience from the past in this regard?

VW does not plan to buy back any cars, which obviously is a tremendously costly demand. What do you expect from VW in terms of remedy for the customers?

You are getting into an area where the class actions and the state attorney generals' actions are going to play a role. They may end up with court orders that leave no choice but to buy the cars back. The question is how many customers are so angry that they want another vehicle, and you're not going to know before you start going down the recall road and see what happens.

Are there any precedents when it comes to those court decisions?

General Motors once sold a pickup truck that was said to have dual airbag, but it only had a driver-seat airbag. Most of the customers took the buyback, but that case was only about one-tenth the number of cars compared to the VW vehicles now. Chrysler made a van with a towing capacity of 2,000 (900 kilograms) instead of the 4,000 pounds that it was supposed to have. They also offered a buyback or an extended warranty for the vehicle. Those were all forced by court actions, but there has never been a buyback situation in the range of Volkswagen.

What about the VW dealers? As an initial measure, the Volkswagen Group of America has made available to dealers a discretionary fund in order to keep loyal customers. Is that sufficient?

The one thing that Volkswagen has done more correctly than anything else is to try and take care of the dealers. Suppose that a loyal customer comes in and is really angry. The dealer can say: I'm going to trade you in and give you $2,000 off another vehicle. It is a way to indirectly address the buyback issue. Beyond that, dealers usually have to pay interest on their vehicles in stock until they sell them, but VW have suspended the payment of interest on the diesels until they are able to sell them.

Last year, Toyota paid a record $1.2 billion fine for sticky accelerator pedals; General Motors had to pay a $900 million fine for concealing faulty ignition switches over a decade. Based on these precedents, what lies ahead for VW in the United States?

First of all, in both the Toyota and GM cases, the regulatory agency imposed the maximum penalty that they could. The problem that VW faces is that, unlike these safety agencies, there is no cap on the penalty for EPA. Given the maximum fine per car by the EPA at $37,500 multiplied by the number of vehicles involved gets you up to $18.5 billion.

Is that an accurate estimate?

They won't get that much. Traditionally, EPA has not imposed the maximum. There is a long list of cheating by the auto industry in America, it's just that Volkswagen took it to higher level than anybody else had ever done before. They could be looking at $5 billion. I expect the EPA fine to be resolved within the next three months.

Fines, lawsuits, liabilities for fixes and remedies: Do you consider this to be an existential threat for Volkswagen in America or even the company as a whole?

It is a threat to the company, but there are a lot of unknowns. Volkswagen as a global manufacturer will survive, and in terms of Volkswagen in America it depends on how hard they are going to be hit by the fines. Could they handle $5 billion? I suppose they could. The engineers can certainly come up with a fix. The unknown is, how badly will the economics of the company be damaged? The scandal itself is not going to drive owners in droves to other manufacturers. But if Volkswagen loses such significant amounts of money that they have to delay plans to bring out new models, then they have a sales problem. I see the economic fallout of this being the real determinant for how well Volkswagen of America does in the future. If past scandals have taught us anything about the auto industry, it is that they take a hit for the present year, but the public will forgive them.

Do you expect VW's competitors in the US to benefit from this scandal?

Not that much. If this were a gasoline engine scandal, yes. But selling diesel is not part of other manufacturers' marketing strategy. With all the other crises in mind, there may be a temporary downturn in sales, but, within a year or two, they recover.

Clarence Ditlow is the chief executive of the Center for Auto Safety, a research group based in Washington.