An unknown assailant has shot the deputy mayor of Istanbul's Sisli district, wounding him critically. Additionally, the government has suspended leave for millions of Turkish public servants. 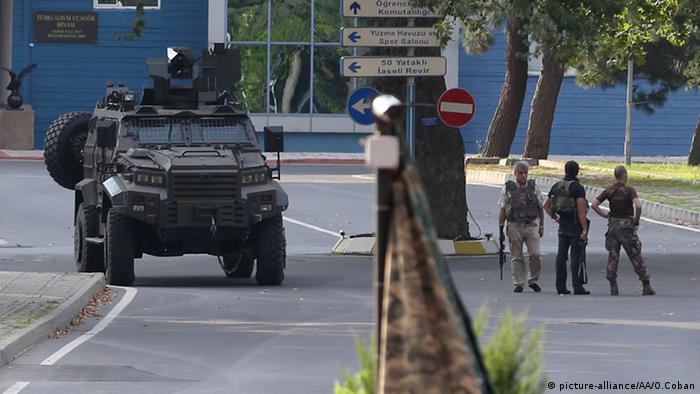 The deputy mayor of Sisli, a prosperous district in Istanbul, was shot on Monday by an attacker, according to multiple Turkish media reports.

Gunshots were heard after the assailant entered the office of deputy mayor Cemil Candas, reported NTV.

He was shot in the head and is in critical condition, reported Turkey's state-run Anadolu news agency.

It was not clear if the attack was linked to Friday's attempted military coup which killed over 200 people. Turkey's main opposition party, the Republican People's Party (CHP) has control over the Sisli district, but the party has condemned the attempted coup.

The decree also orders those who are already on leave to return to their offices "as soon as possible," according to Turkey's Official Gazette.

The cancelled leave comes amid the Turkish government's purge of staff in civil service, the judiciary, as well as police and armed forces following the failed coup attempt.

Turkey's Interior Ministry dismissed a total of 8,777 personnel across the country, including 30 governors and 16 legal advisors, reported Anadolu news agency. In the military, 103 generals and admirals have been detained for questioning.

Turkey's government and President Tayyip Erdogan have blamed the attempted military overthrow on a US-based Muslim cleric and political rival. At least 294 people died in the clashes and 1,400 were wounded.

Prosecutors have entered the Incirlik airbase to investigate claims that it was reportedly used during the failed coup. The joint US-Turkish base hosts soldiers from several countries, including Germany.

Earlier on Monday, European Union and German officials warned that Turkey's bid for EU membership could suffer should the nation re-establish capital punishment.