ISTAF 2020: First-class competition in front of a tiny crowd

The 2020 ISTAF was one of the first major sporting events since the COVID-19 outbreak to be held in front of spectators. What's it like to attend an athletics meet with just five percent of the seats occupied? 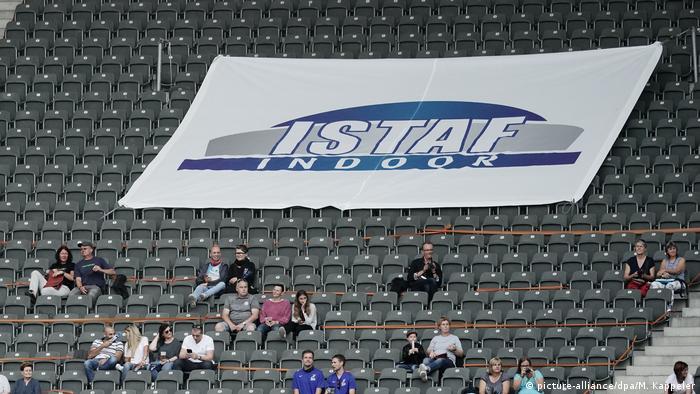 It doesn't really resemble an track meet of international significance. The spectators who are allowed to enter Berlin's Olympic Stadium on this day do so in orderly queues, almost like in school, while maintaining the prescribed physical distance from one other.

"Please don't forget your masks!" a woman speaking through a megaphone from the top of a ladder reminds the spectators as they enter.

But this doesn't bother young Berliners Ariana and Lauree, who are themselves pole-vaulters.

"This is a real event," one of them says. "The best in the world are here."

This may not be entirely true for all the events, but nevertheless, there are several world champions, Olympic champions and world-record holders at the 99th edition of the International Stadium Festival (ISTAF). A total of 3,500 have been lucky enough to get a ticket for the ISTAF, making it one of the first major sporting events to be held in front of spectators since the start of the COVID-19 pandemic. It's been made possible by a 50-page hygiene concept, as well as a six-figure financial subsidy from the city-state of Berlin to compensate for the loss of income due to the small number of spectators allowed. Most years the ISTAF draws about 40,000.

Does a 95-percent-empty stadium really work?

"We were all tested for the coronavirus when we arrived," says German long jump world champion Malaika Mihambo.

None of the 130 participants tested positive.

Inside the stadium itself strict physical distancing rules are observed; only every second row of seats is occupied, and four seats are empty either side of people who belong to the same household. All of the spectators have been given clappers, and on the running track the mascot Berlino does his best to get the crowd going. 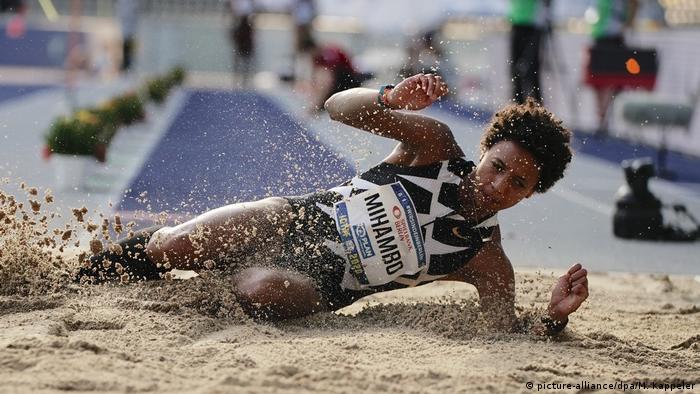 But can just 3,500 spectators generate anything approaching a normal atmosphere in a 70,000-capacity venue?

Nobody in the Olympic Stadium knows exactly what will happen when the first athletes pass by the flamethrowers as they are introduced to the crowd. When they do, it all seems surreal, it almost seems like a training exercise. But the stadium announcer gives it his all and soon the athletes are helping to make his job easier.

Olympic triple-jump champion Christian Taylor of the United States and his German rival Max Hess battle it out, and in the end their duel produces a new world record. Taylor who had been repeatedly urging on the crowd with rhythmic clapping between jumps, manages 17.57 meters in his last attempt.

"I like to put on a show," Taylor says, "and the stadium is really loud."

'Finally, a return to normality'

Before Taylor finishes his lap of honor, the pole vault begins. Not long before the outbreak of the pandemic began, Armand Duplantis of Sweden set a new world record of 6.18 meters. Now he visibly enjoys the cheers of spectators. Having long since clinched victory in the competition, he now raises the bar to an optimistic 6.15 meters. For several minutes he waits for more favorable wind conditions while the audience cheers him on enthusiastically. Finally, Duplantis starts his run – but doesn't even reach the bar. What does he care? 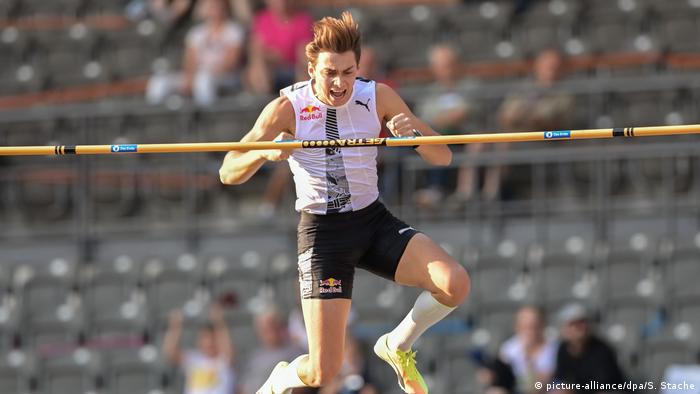 "Finally, a return to normality," he exclaims into the reporters' microphones and claps off Norway's exceptional runner Karsten Warholm, who has just broken the 40-year-old ISTAF record in the men's 400-meter hurdles, once set by Edwin Moses.

By this point the crowd is really into it, even though just five percent of the seats are occupied. The first standing ovations on this day go to Germany's star in the javelin, Johannes Vetter, who earlier this month, fell just 72 centimeters of short of the world record. The spectators are clearly hoping he can pull it off at the ISTAF, but although again fails to do so, they cheer him on enthusiastically on each attempt.

"I had no idea how much noise 3,500 spectators could make," the 27-year-old says afterwards. 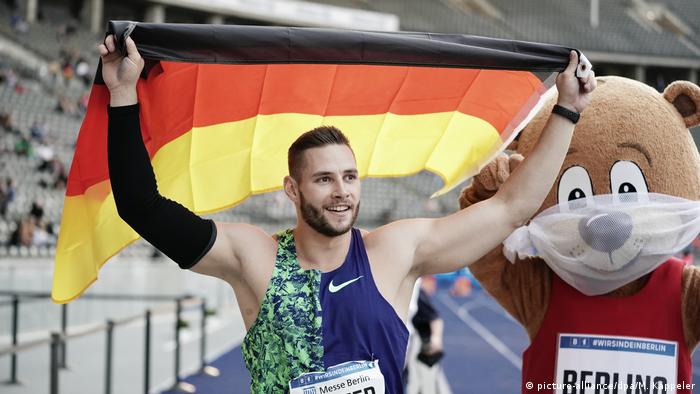 A signal to the sports world

ISTAF Director Martin Seeber said prior to Sunday's event that he wanted it to be a "beacon for athletics." At the end of the day, everybody, from the organizers to the spectators and above all the athletes are pleased with how it has gone. In the trying year that has been 2020, in which the Olympic Games had to be postponed and athletes have had precious few opportunities to test themselves in competition, they  were just happy to be able to compete in front of fans at the world's oldest athletics competitions. And just how many spectators were in the stands doesn't seem to matter either.

"I'd rather be out there in front of 3,500 who are thrilled by my performance than perform in front of 40,000 who don't care," German pole-vaulter Raphael Holzdeppe says almost philosophically. Using the word "thrill" may be overdoing it slightly – given that he finished 10th out of 10 in his particular discipline.