Many relatives of Dani Karavan were killed during the Holocaust. The atrocities and those affected by them became an important theme for the Jewish artist. 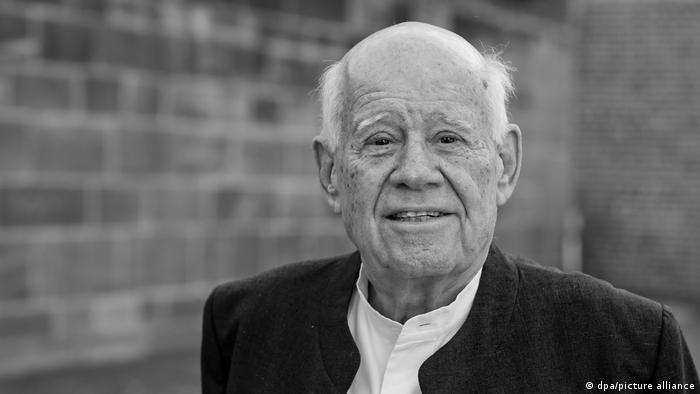 Known for creating poignant monuments in Israel and around the world, Karavan's most notable domestic work is the huge wall carving in the Israeli parliament, the Knesset, named "Pray for the Peace of Jerusalem."

During his long career, Karavan became famous for designing monuments that merge into their environment.

On several occasions, he was commissioned to create memorials for victims of Nazi Germany.

The horrific atrocities suffered by Jews, and others during World War II, was a key theme in Karavan's work, not least because his parents' families lost many members during the Holocaust.

His works include the Berlin memorial to the 500,000 Roma and Sinti victims of the Holocaust, which was inaugurated in 2012. 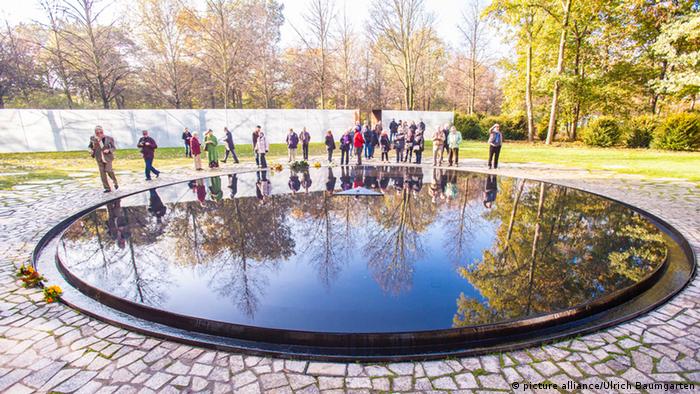 Another notable example is the "Way of Human Rights" at the Germanic National Museum in the Bavarian city of Nuremberg.

From Tel Aviv to Portbou

Karavan's  "Passages" memorial in Portbou, Spain, also became well-known since its unveiling in 1994. It commemorates the German philosopher Walter Benjamin, who died in the small Spanish border town in 1940 while fleeing from the Nazis.

The artist was also the creator of a memorial created in 2005, depicting the foundation of the Regensburg Synagogue that was destroyed during a pogrom in 1519.

Many monumental landscape artworks in Israel were also designed by Karavan, including the Monument to the Negev Brigade in Beer Sheva and the "White Square" in Tel Aviv.

Karavan first learned drawing at the Bezalel Academy of Art and Design in Jerusalem, before he studied painting in Florence and Paris. 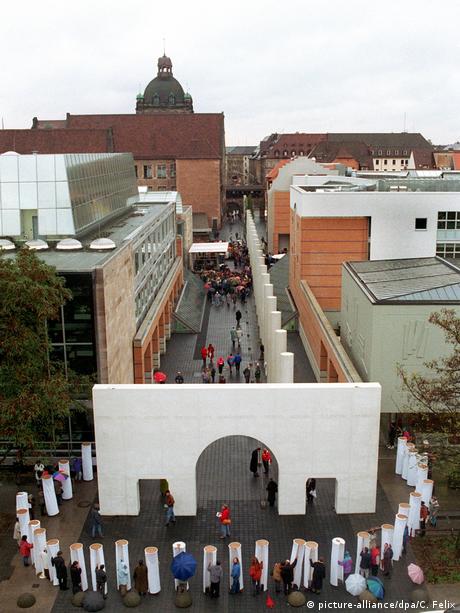 Over the years, he won many awards, including the Israel Prize in 1977, the Silver Medal for Plastic Arts of the French Academy of Architecture in 1992, the Imperial Ring of the city of Goslar in Germany for Visual Art in 1996, the Praemium Imperiale, or the Nobel Prize for the Arts, from Japan in 1998, the Goethe Medal from Germany in 1999 and the Premio Michelangelo from Italy in 2005.

He was also the first UNESCO Artist of Peace in 1996 and was conferred a knight of the French Legion of Honor in 2014.

Nitzan Horowitz, the leader of Israel's left-wing Meretz party, wrote on Twitter that when Karavan "enlisted against some injustice, he did not give up. I had the privilege of writing about him and his works around the world, and I was always impressed by his brilliant thinking."

Tel Aviv Mayor Ron Huldai said Karavan was a "son of the city and honorary citizen of the city" and "an artist who has achieved renown throughout the world." He "left a physical and spiritual mark" on his hometown in the Mediterranean.

Karavan is survived by his wife, three children and two grandchildren.