Israel Turns 60: The Making of a Country 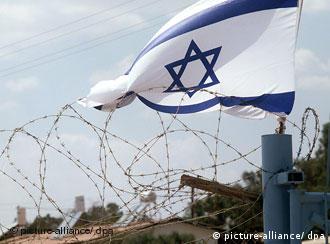 In 2008, Israel celebrates 60 years of statehood. Its naissance in 1948 was marked by the Holocaust: Some 6 million Jews had been murdered by the Nazis in Germany just a few years earlier. As a result, the United Nations supported the founding of a new Jewish state.

On May 14, 1948, Israel's first Prime Minister David Ben Gurion proclaimed the birth of Israel in Tel Aviv. Not long after, nearby Arab countries attacked the young nation and, even today, ties remain strained between Israel and its neighbors. It maintains peace treaties with Egypt and Jordan. Since the Six Day War in 1967, Israel has occupied the West Bank region.

Despite the Holocaust -- which has left scars on the country -- several wars, domestic crises and threats by its Arab neighbors, Israel is seen as a model of success. It has become a modern, technologically advanced country with a lively culture and a diverse population of more than 7 million people.

Click on the links below for background information on Israel's 60 years of statehood, interviews and historical photographs.

Israel's History: History of a Conflict

Israel celebrates the 60th anniversary of its foundation on May 14. While Arabs call the day "the catastrophe," many Israelis aren't in the mood to celebrate. A look back on six decades made up of dreams and nightmares. (05.05.2008)

German-Israeli Relations: The Normality of Abnormality

Normal relations between Germany and Israel are unimaginable in light of the Holocaust. But the two countries have managed to develop a friendly parthership based on solidarity, even if its start was difficult. (05.05.2008)

In Israel, German Jews, called "Yeckes," used to be considered pedantic and difficult. Nowadays, they're acknowledged for the contribution to the construction of contemporary Israel, and "Yeck" has become a compliment. (05.05.2008)

Sirens wailed across Israel on Thursday, May 1, as Israelis stood in silence to remember the victims of the Nazi World War II genocide. After 63 years, the shock of the Holocaust remains chilling, Ehud Olmert said. (01.05.2008)

On the 60th anniversary of the establishment of the state of Israel, DW's Peter Philipp sees a lot of successes that are all overshadowed by one major failure. (08.05.2008)

Culture Is Not a Servant to Politics

The German Foreign Ministry is currently presenting an exhibition on Israeli literature in honor of the country's 60th anniversary. Foreign Minister Steinmeier told DW what culture can do for politics. (01.05.2008)

Germany Fails to Cash In Fully on Israeli Tech Boom

Germany is Israel's second most important trading partner. But both countries are struggling to change misperceptions and enhance business relations. (12.05.2008)

Jews Forced to Live Under Curfew to Receive Restitution

Jews who lived in a town which had a curfew imposed upon the Jewish community during the Second World War will now receive compensation in accordance with Israel's Holocaust Victims' Law. (20.05.2008)

Check out special coverage of Israel's anniversary at DW-WORLD.DE's partner, the Jerusalem Post