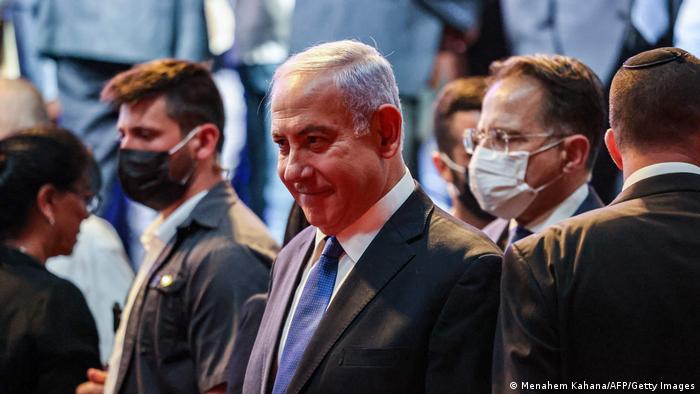 Benjamin Netanyahu could be unseated after 12 years as Israeli PM

If it wins the vote, the coalition government will be sworn in on the same day, spelling the end of Prime Minister Benjamin Netanyahu's 12 consecutive years in power.

What is the coalition against Netanyahu?

A total of eight parties have struck a deal to displace the longtime leader.

The unlikely coalition is made up of three right-wing, two centrist and two left-wing parties, along with the Arab Islamic conservative party, United Arab List (UAL). If voted through, this will be the first time in Israel's history that an Arab party will be included in the government.

Under the deal, Netanyahu would be replaced by nationalist leader Naftali Bennett, who would then be expected to serve for two years before handing the post over to centrist politician Yair Lapid.

The fragile anti-Netanyahu alliance can only muster 61 seats in the 120-seat Knesset, Israel's Parliament. But, despite their differences, the parties are united in their hope of removing Netanyahu from the top post.

How has Netanyahu reacted?

The veteran incumbent has slammed the alliance as a "dangerous left-wing government" and the "fraud of the century."

In the clip, Bennett is shown saying that Abbas "visited terrorist murders in jail" following a 1992 attack on Israeli soldiers.

Netanyahu has also accused Bennett of the "betrayal of the century" for taking part in the opposition pact.

Analysts believe that Netanyahu is trying to get some lawmakers from Bennett's Yamina party to defect and potentially upset the coalition. So far, the attempts have been unsuccessful.

Demonstrators supporting Netanyahu and his right-wing Likud party have lashed out at Bennett, who has served in former Netanyahu cabinets.

They have protested outside the homes of right-wing lawmakers accused of "betrayal" for joining the coalition. Security has been stepped up for some of the lawmakers in the coalition.

There have been warnings that the protests could turn violent in the coming days.