The Israeli prime minister hit out at a deal to end his second stint in office, pointing to promises by his former protege Naftali Bennett never to serve in government with centrist Yair Lapid. 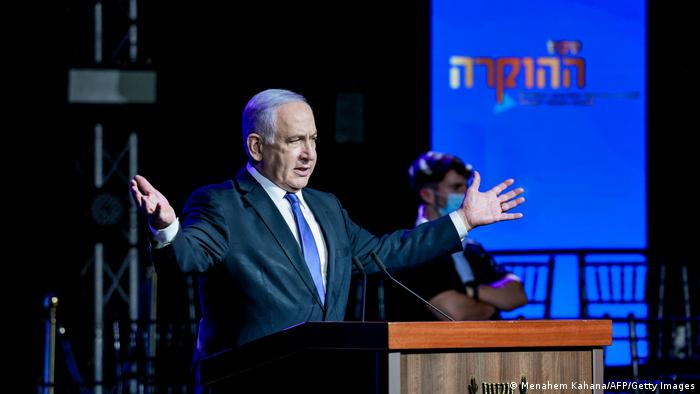 Netanyahu, seen here speaking to health officials earlier on Sunday, has called for right-wing lawmakers to vote against the coalition agreement.

Israeli Prime Minister Benjamin Netanyahu on Sunday branded a newly formed Israeli coalition set to force him from office as "the greatest election fraud" in the history of democracy.

The 71-year-old is Israel's longest-serving premier having served a total of 15 years in the job during two stints in office.

But he faces a battle for his political survival and his own freedom amid an ongoing trial for corruption, bribery and fraud -- charges that he denies. 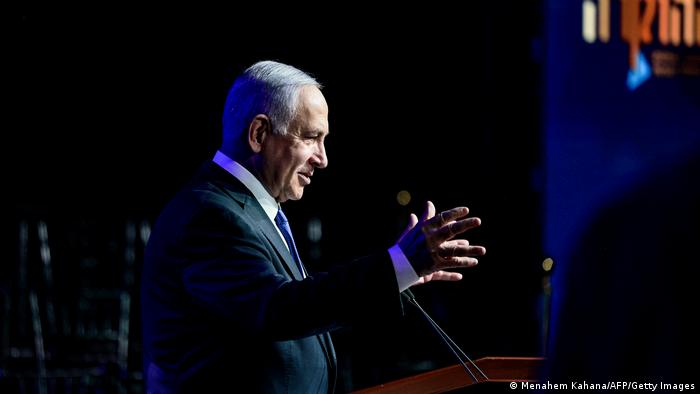 The leader of the conservative Likud party hit out at the 'kaleidoscope' alliance of eight political parties that agreed on a deal late on Wednesday to unseat him.

"That’s why people justifiably feel deceived and they are responding: they must not be shut up," he said, referring to a campaign promise from the man set to replace him, nationalist right-winger Naftali Bennett. 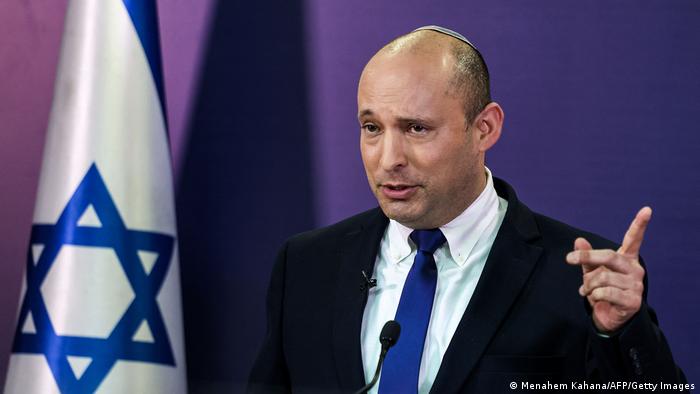 Former Israeli Defense Minister Naftali Bennett has been a vocal opponent of an independent Palestinian state.

A former elite officer in the Israel Defense Forces, Netanyahu has been prime minister for a total of 12 consecutive years during this second spell in the job.

If he is forced into opposition, it means he will be unable to make moves to guarantee his immunity from prosecution.

Who is part of the coalition deal?

The diverse coalition of lawmakers is led by secular centrist Yair Lapid, who heads the Yesh Atid party, and Yamina leader Bennett, a former chief of staff to Netanyahu.

The two men agreed on a rotation deal for the role of prime minister, with Bennett set to hand over to Lapid after two years.

Senior sources close to the coalition partners told DW that both men were pushing for a confirmation vote in the Knesset, the country's parliament, "as soon as possible."

They need 61 out of a possible 120 votes for the deal to be approved; that is the current number of seats the coalition has.

The pact is historic because it is the first time that a party representing Israel's Arab minority would enter government. 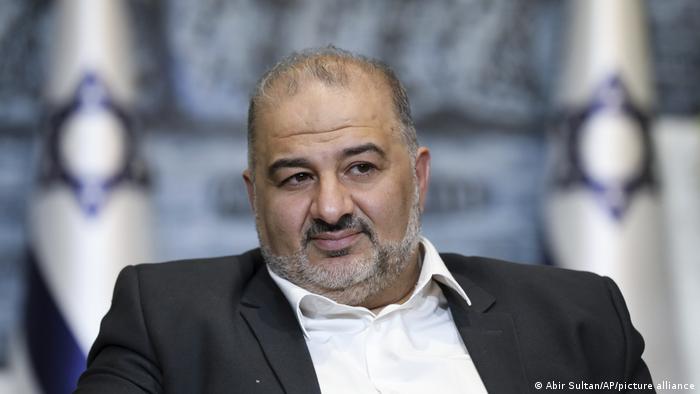 Abbas, who leads the Ra'am party, has made history by agreeing to the pact

Mansour Abbas, the head of the conservative Islamist Ra'am faction, has agreed to join the coalition.
In addition to Ra'am, the alliance comprises a total of three right-wing, two centrist and two left-wing parties.

But the decision on when to approve the deal is in the hands of the Knesset speaker, Yariv Levin, who is a close ally of the incumbent premier.

Aides to senior coalition figures have privately expressed concern that Netanyahu could seize on any delays to try and entice defectors to Likud.

The Times of Israel reported on Sunday that the vote could take place this Wednesday, but opposition sources briefed DW that they expect a motion could be pushed back as far as June 14.

The parties share little in common, apart from a desire to end Netanyahu's time as premier.

Bennett, an ex-defense minister and IDF commando, has been a vocal opponent of a Palestinian state, while Abbas wants more concessions for Palestinians with Israeli citizenship.

In 2013, Bennett was forced to deny having said to a cabinet meeting: "I've killed lots of Arabs in my life, and there's no problem with that."

"This discourse could be understood by certain groups or individuals as enabling illegal violence that could even cost a life,” Argaman said, calling on public officials to “issue a clear call to stop this discourse".

Netanyahu's opponents claimed Argaman’s statement was a warning to the premier.

"There is a very thin line between political criticism and inciting violence," Netanyahu said.

"We can’t say that when criticism comes from the right, it’s incitement to violence, and when it comes from the left, that it’s a justified use of freedom of expression," he added.

"I condemn all incitement to violence."

Netanyahu’s supporters have been working hard to win defections from Yamina deputies uncomfortable working with Arabs and Jewish leftwingers.

Some have held demonstrations outside the homes of Yamina lawmakers.

The political tensions come just weeks after an 11-day conflict between Israel and Hamas that left more than 250 people dead and large parts of Gaza destroyed.