Life in Israel is getting more expensive. The occupied territories provide a cheaper alternative for young families - and the government is keen to help them move there. 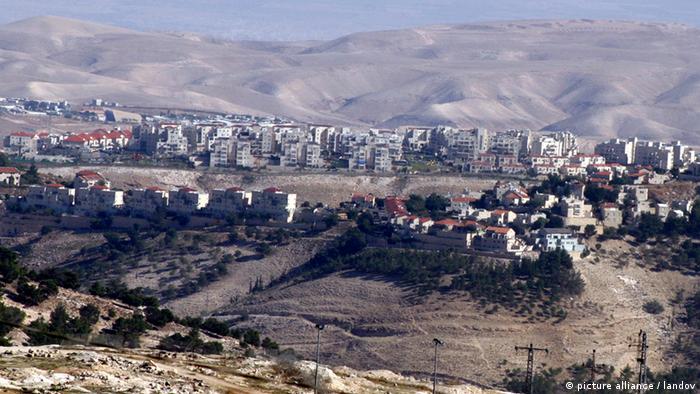 After the Palestinians were granted non-member observer status by the United Nations in New York in late November, things happened in quick succession: Israel announced the construction of new apartments in East Jerusalem and the West Bank. There were 2,600 in Givat Hamatos, 1,200 in Gilo, 1,500 in Ramat Shlomo. Yet these settlements are illegal under international law. 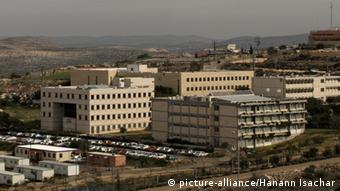 According to Israeli statements, the expansion had been long-planned, and it is purely coincidental that the public announcements came after the Palestinians gained UN recognition. Over the Christmas holidays, Israeli Defense Minister Ehud Barak proclaimed the public college at the Ariel settlement a full university. The West Bank is occupied territory, and the military has the final word there, even in education.

"This represents another step by the Israeli government to alter the course of the Green Line [the border before the Six Day War of 1967 - ed.]. It's trying to convince Israelis that there is no difference whether you live in Israel proper or in the militarily occupied territories," said Sarit Michaeli, spokeswoman for the Israeli human rights organization B'tselem.

Growth in settlements through financial benefits

In recent years, Israel has invested massive amounts to expand the settlements. Incentives have also been created that many can no longer resist as the cost of living in Israel increases.

"The remarkable thing is that you can live in a larger and better-built house there for less money than in Israel. Settlers receive cheaper mortgages, easier repayment models and tax relief. Each family living beyond the Green Line has a clear financial advantage," Michaeli said. The settlers are not all religious fanatics who choose to live in the the occupied territories to bring about their dream of Israel from the Mediterranean to the River Jordan. 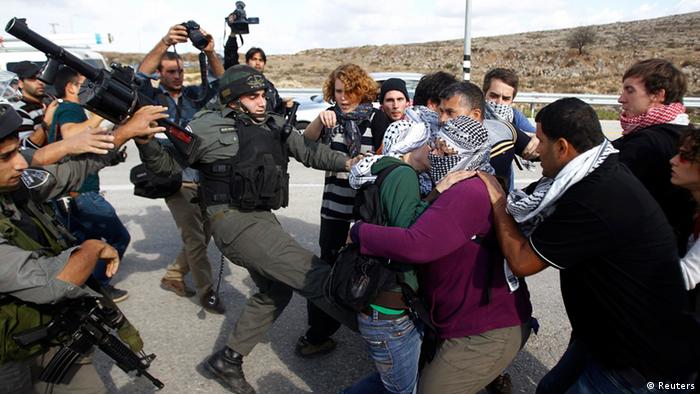 Protests against new settlements in the West Bank

Gilli Paran lives in Ramat Gan, near Tel Aviv, and commutes every day to Ariel University, as it is now officially known, where he studied business administration. The 29-year-old said he appreciates the settlement university: "Everything is a little smaller than, say, in Tel Aviv or Jerusalem, and you can experience more personal treatment, where there are fewer seminar participants and good facilities. A lot of money has been invested in the university."

Very few students are residents of Ariel, and many are willing to make the daily trip from Israel or obtain a dorm room at a low price. Arab Israelis also study in Ariel. Neither friends nor acquaintances have really criticized Paran for his indirect support of the settlement policy.

"Everybody knows that this is not a political statement," he said. The tuition fees are also lower in Ariel. Paran pays about 2,600 euros ($3,440) a year.

The "good life" in the occupied territories

Young people are offered a standard of living in the settlements that would be impossible to afford in Tel Aviv, where a housing shortage and high demand are driving up rents.

"In the last 40 years not a single new university has been founded in Israel. The population has grown," Paran said. This also applies to the number of settlers - now there are over half a million, who have needs to be met. 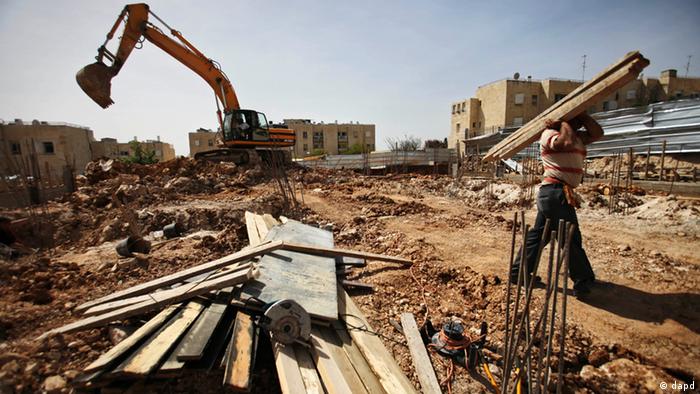 Israel is moving ahead with the expansion of the settlements. "That's no secret. Since the early days of the settlement movement, there has been an obvious policy of founding new settlements and expanding them," Michaeli said. "This of course includes investments. Settlements were declared national priority areas, revealing the government's strategy." Only the government of Yitzhak Rabin, who was assassinated by a Jewish extremist, opposed this policy.

Paran has a much greater appreciation of the quality of life in places like Ariel: "I can imagine living there in the future, if that's the only place I can buy an apartment Ariel is a city in Israel and it does not look like it will be given back to the Palestinians. People should accept that."

Michaeli also said a change of direction is unlikely.

"We have elections coming up and even a new government will certainly not change its policy towards the occupied territories," he said.

Israel is pushing the building of new settlements in and around Jerusalem - despite growing international criticism. Peace activist Uri Avnery says that the current government does not in fact want a two-state solution. (24.12.2012)

The NGO Comet ME's new center is to serve as a permanent base of operations to provide clean energy to Palestinian communites who are off-grid in the West Bank. The project was partly funded by the German government. (10.12.2012)