The Israeli government has confirmed that the bodies of three teenagers who went missing in the West Bank have been found. It is blaming the Islamist Hamas group for their abduction and murder. 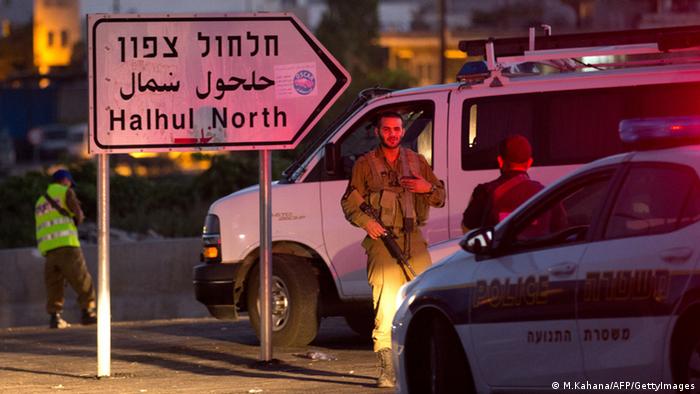 Members of Israel's government have confirmed that three bodies found by security forces in the southern West Bank on Monday are those of seminary students who went missing on June 12.

Deputy Defense Minister Danny Danon said the teenagers had been murdered by "Hamas terrorists" and called for the Islamist movement to be "eradicated.

"Our mission will not be complete until all the terror organizations are deterred from attacking Israelis and understand once and for all that the people of Israel will not be threatened," he said.

Israeli Prime Minister responded to news that the bodies had be found by saying "Hamas will pay."

Hamas has previously declined to confirm or deny Israeli accusations that it was behind the abduction of the three.

A military spokesman, Lieutenant-Colonel Peter Lerner, said the bodies were discovered under a pile of rocks in an open field. It was not immediately clear how the teenagers had died.

The disappearance of the three teenagers - Gilad Shaer and Naftali Frankel, both 16, and Eyal Ifrach, 19 - triggered a massive manhunt and a security crackdown on Hamas in which several of its members in the West Bank were arrested.

Armed groups in the Gaza Strip, where Hamas has its power base, have responded by firing rockets into Israel, which retaliated in its turn with airstrikes. Some 40 rockets have landed in Israel since the teenagers vanished.

Shortly before news of the bodies' discovery was made public, Israeli Prime Minister Benjamin Netanyahu had called an urgent evening meeting of his security Cabinet, with ministers expected to take "operative" decisions, according to public radio.