A driving force behind the renewed ties is the mutual desire to benefit from vast under sea gas reserves. Israel is determined to extract the gas and bring it to market, but experts are skeptical it can be done. 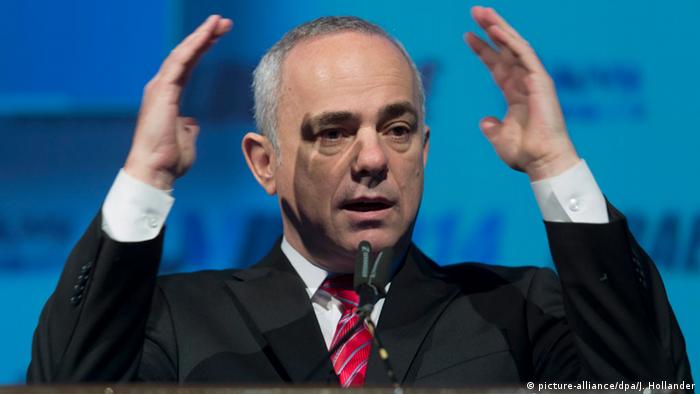 A meeting between the energy ministers of Israel and Turkey on Thursday marked the latest, and most significant, step as the two countries re-establish bilateral ties that were severed six years ago after a deadly confrontation at sea.

One motivating factor, if not the leading one, for the renewed relations is the recent discovery of vast natural gas reserves off the Israeli coast. Both countries are eager to exploit the energy find.

Israeli Energy Minister Yuval Steinitz (pictured above) was due to meet his Turkish counterpart Berat Albayrak on the sidelines of an international energy conference, where Steinitz was also due to deliver a speech: "A New Landscape in the Eastern Mediterranean."

The conference, however, was just window dressing for Steinitz's bilateral meeting with Albayrak. Underneath the Mediterranean Sea - between Israel and Cyprus - lies at least 3.45 trillion cubic meters of gas, worth $700 billion, according to a US Geological Survey.

That would be enough to power the entire planet for one year.

But another survey by a French firm suggests that Israel could be sitting on three times as much gas. While some analysts question whether the gas can be accessed and brought to market at a reasonable cost, Israel is convinced that it can be done.

Getting gas to Europe

An integral part of that plan includes building a pipeline to Turkey so that the gas can be brought to the European market.

"Turkey would very much like to diversify its energy imports and resources," Steinitzsaid earlier this year, when pressed about the restoration of ties between the countries. "They don't want to be dependent on one source, or two sources of energy."

Israel, of course, is also desperate to bring the gas to market.

"We are going to do it by hook or by crook," Steinitz said earlier. "We have to overcome all the difficulties and do it because it is essential for Israel's future."

Michael Leigh, a senior fellow at the German Marshall Fund in the United States and an expert on gas discoveries in the region is doubtful the gas can be extracted and brought to market at a viable price.

"A lot of the talk is pie in the sky," Leigh said.

Bilateral relations between Israel and Turkey collapsed in 2010 after a Turkish aid boat was intercepted by Israeli commandos as it sought to bypass a blockade in order to deliver humanitarian supplies to the Gaza Strip.

A conflict ensued onboard the boat and 10 Turkish aid providers were killed by the Israelis. Ankara then broke off diplomatic ties with Israel.

Israel had implemented the blockade, fearing weapons and/or explosives could be smuggled in. The blockade remains, however, aid can be delieved to Gaza after passing through a nearby Israeli port.

"Israel is welcoming any involvement of Turkey in improving the lives of ordinary people in Gaza," Steinitz said on Thursday. "We will do our best in order to enable this."

Israel recently paid $20 million (180 million euros) intended for the families of the 10 victims.

Turkey has sent food, medicine and clothes to Gaza via the Israeli port of Ashdod, as part of its rapprochement with Israel. The move comes six years after a deadly raid by Israeli commandos on another Turkish aid ship. (03.07.2016)

Turkey's post-coup parliament has ratified a deal with Israel to normalize ties. Israel will pay compensation for a 2010 raid on a Turkish aid flotilla bound for Gaza that resulted in 10 Turkish nationals being killed. (20.08.2016)