Israeli Prime Minister Benjamin Netanyahu's office and a Hamas official both said a mutual truce had been agreed. 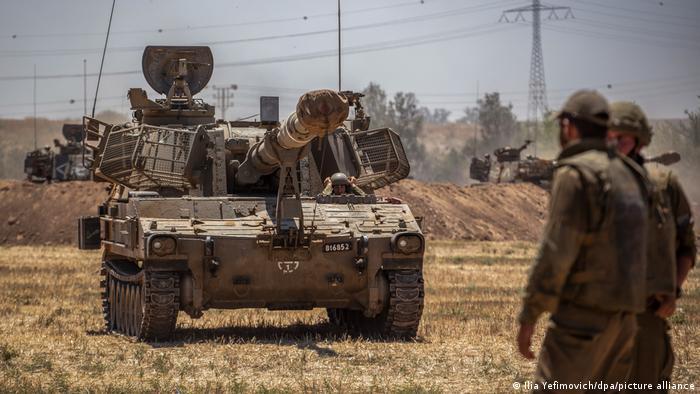 A Hamas official confirmed the reports to Reuters news agency, saying that a "mutual and simultaneous" cease-fire would start at 2 a.m. local time on Friday (2300 GMT Thursday).

Hamas called the cease-fire "a victory for the Palestinian people."

In the run-up to the cease-fire deadline mentioned by Hamas, there were reports of Palestinian rockets being fired and at least one air strike by Israel.

A statement by Netanyahu's office said the Security Cabinet unilaterally approved the
Egyptian-mediated proposal. However, the statement added that the two sides were still negotiating when the cease-fire would begin.

"The political leaders emphasized that the reality on the ground will be that which determines the future of the campaign,'' the statement said.

DW's Jerusalem correspondent Tania Krämer said she spoke to people in Gaza about the prospect of a cease-fire. She said Gazans are "welcoming" the idea, but are concerned whether it will actually improve life in the Palestinian enclave which is under blockade.

President Joe Biden hailed the cease-fire on Thursday during a White House address.

Biden thanked Egyptian leaders for mediating the deal and said Netanyahu told him that Israel is committed to the cease-fire. The president said the US would replenish Israel's Iron Dome missile-defense system and added that his administration would work to provide Gaza with humanitarian aid.

"I believe the Israelis and Palestinians equally deserve to live safely and securely and to enjoy equal measures of freedom, prosperity and democracy," Biden said.

"All sides must work to make the cease-fire durable and the end unacceptable cycle of violence and loss of civilian life," Raab tweeted. "UK continues to support efforts to bring about peace."

Why are Israel and Hamas fighting?

Israel and Hamas have been fighting for the past 11 days, following tensions in Jerusalem.

So far, at least 230 Palestinians have died as a result of the conflict, according to the Gaza Health Ministry. Twelve people in Israel have been killed from the fighting.

The crisis began when several Palestinian families were threatened with eviction from their homes earlier this month in the east Jerusalem neighborhood of Sheikh Jarrah. Jewish settlers claim the properties were owned by Jews prior to 1948.

In order to defuse tensions, Israel postponed the court hearing on the evictions.

The situation escalated further after Israeli security forces dispersed worshippers at the holy al-Aqsa mosque. Muslims typically congregate at holy sites for group prayer during the holy month of Ramadan.

Last week, Hamas threatened to fire rockets at Israel unless Israeli troops left the Temple Mount. Israel refused to have its forces leave the premises, with Hamas firing rockets at Jerusalem for the first time since the 2014 Gaza War.

In retaliation, the Israeli military began carrying out a military operation against Hamas in the Gaza Strip titled "Guardian of the Walls," a reference to Jerusalem.

Middle East crisis: What can stop the cycle of violence?