The Syrian government has said Israel targeted a military facility in Masyaf, killing at least two people. The target is believed to have been a Syrian government agency branch responsible for producing chemical weapons.

A series of Israeli airstrikes on Syria overnight Wednesday struck a branch of the government's Scientific Studies and Research Center (SSRC), according to the Syrian Observatory for Human Rights. The targeted agency, located in near the town Masyaf, has been accused by the US of developing chemical weapons for President Bashar Assad.

The attack was initially reported by the Syrian government, although it made no mention of the SSRC.

"Israeli warplanes at 2:42am today fired a number of missiles from Lebanese air space, targeting one of our military positions near Masyaf, which led to material damage and the deaths of two members of the site," the Syrian military said in a statement. "Syria's army warns of the serious repercussions of such acts of aggression on the security and stability of the region." 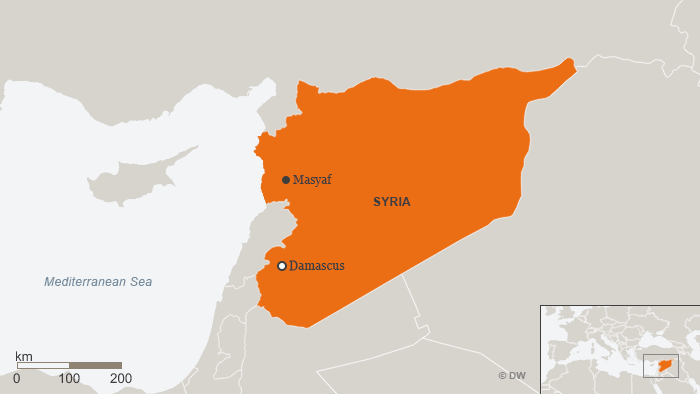 According to the Observatory, the site, which includes a military training camp, was also used by Lebanese Hezbollah fighters and the Iranian military.

Israel declined to comment on the raids on Thursday. However, former military intelligence head Amos Yadlin posted on Twitter that the site "produces the chemical weapons and barrel bombs that have killed thousands of Syrian civilians." While he refused to confirm that Israel carried out the airstrikes, he said that if it did, it would show "Israel intends to enforce its readiness despite the fact that the great powers are ignoring them."

The strike took place on the tenth anniversary of Israel's destruction of a Syrian nuclear reactor and just a day after a United Nations investigation panel reported that Syrian government forces had carried out at least 27 chemical attacks since the civil war broke out in 2011.

Assad maintains that his forces have never carried out chemical attacks and said it had surrendered its chemical weapons program in 2013.

An Israeli military spokesperson refused to comment on Thursday morning's attack, saying the army does not comment on operational matters.

However, officials have admitted to carrying out airstrikes over Syria in the past, namely targeting weapons shipments bound for Lebanon's Shiite military group, Hezbollah.