"Islamic State" ("IS") has blown up three ancient tower tombs in Palmyra. The loss to the UNESCO World Heritage site is the latest in a series of jihadi demolitions. 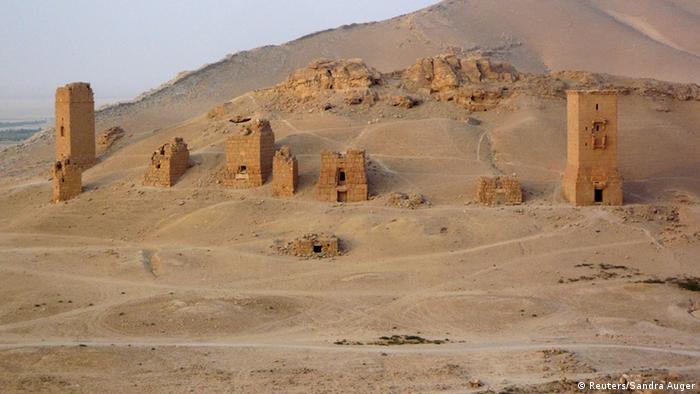 The chief of Syria's antiquities department, Maamoun Abdelkarim, confirmed the destruction of the tombs on Friday.

"They blew up three tower tombs, the best preserved and most beautiful," Abdelkarim said.

"We received reports 10 days ago but we've just confirmed the news," he added.

Among the three tombs was the Tower of Elahbel. Built in 103 A.D., the tower had four storeys, as well as an underground floor and could purportedly hold to 300 sarcophagi.

The reports on Friday came just days after satellite images from the United Nations (UN) confirmed fears of irreparable damage to Palmyra's Temple of Bel. The cultural agency UNESCO condemned the site's destruction as a war crime.

IS captured Palmyra in May, sparking concerns that militants would destroy the UNESCO World Heritage site, causing destruction similar to what has already been seen at several ancient sites in neighboring Iraq.

IS considers the buildings or any pagan artifacts as sacriligeous and an affront to its interpretation of Islam.

"Islamic State" militants have laid bombs at the ancient ruins in Syria's Palmyra, a monitoring group has said. The move has raised fears after the jihadists destroyed ancient sculptures from Babylonian times in Iraq. (21.06.2015)