'Islamic State' and the mosques of Trinidad

A rude Caribbean awakening: The jihadist group "Islamic State" is recruiting in the island state of Trinidad and Tobago, just a short flight from the United States. Why are they targeting the Caribbean? 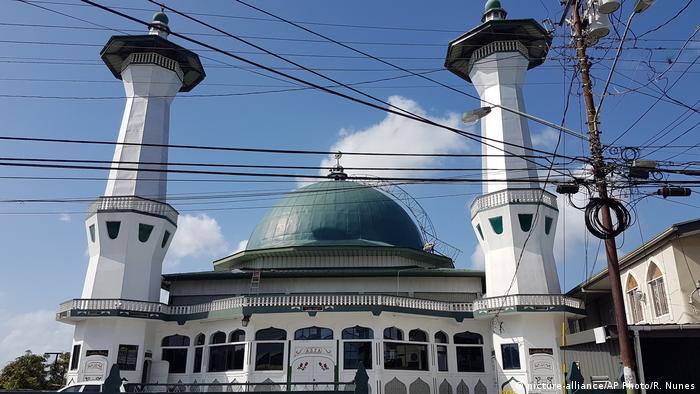 "Heaven will wait": on the religious radicalization of young women

Two teenage girls fall into the clutches of radical Islamists: A new French movie takes a look at the real threat of Islamist radicalization in Western societies. (24.03.2017)

As the "Islamic State" (IS) group loses ever more territory and fighters, it appears to be resorting to recruiting and indoctrinating child soldiers. Judit Neurink reports from Irbil. (15.10.2016)

"Our situation socially and economically is a driving factor," says Umar Abdullah, the leader of The Islamic Front in Trinidad. He told DW that people weren't just going to war for religious reasons: Part of their motivation was that they couldn't find jobs. Also, according to Abdullah, "The government has shamed Muslim men and women and locked them up, and accused them of crimes, and accused them of wanting to commit terrorist acts."

Around 1.3 million people live on Trinidad and Tobago. Six percent of the population identifies as Muslim. According to information from the local Ministry for National Security, in the past four years 130 fighters and numerous family members have traveled to Syria. By way of comparison, in the United States, with 320 million inhabitants, that figure was 250.

The population of the former British colony is ethnically diverse: African slaves and Indian railway workers, as well as European and Latin American immigrants. The majority identify as Christian; 18 percent are Hindu.

Since Caribbean jihadists started leaving for Syria, America has been keeping an eye not only on the island nation but also on The Islamic Front in Trinidad. In Barry M. Rubin's book "Guide to Islamist Movements," this group is categorized as a "potential threat." 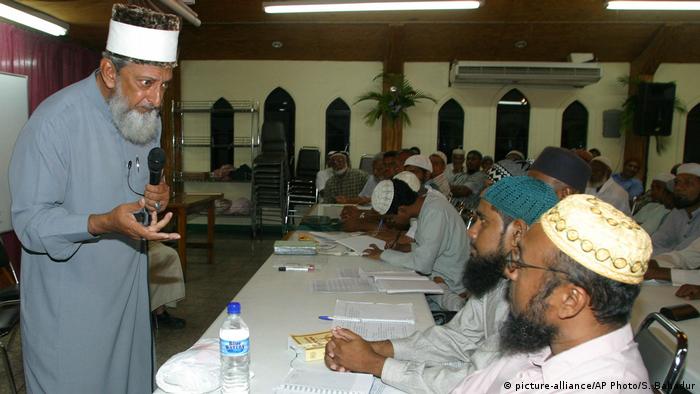 Too radical: Muslim groups banned Imam Imran N. Hosein from speaking after he talked at the Mucurapo mosque

Its leader, Umar Abdullah, has a reputation as a Muslim hardliner and a fierce critic of US policy. According to Barry Rubin, his group is one of the Islamic movements that grew more powerful on the back of a wave of criminality after the turn of the millennium. Rubin cites the influence of the 1970s Black Power movement as a key element of "Afro-Trinidad Islam."

Radical groups first called attention to themselves in Trinidad and Tobago 27 years ago, in August 1990, when rebels from a movement called Jamaat al-Muslimeen occupied the parliament building in the capital, Port of Spain. "At 6 p.m. this afternoon, the government of Trinidad and Tobago was overthrown," their leader, Yasin Abu Bakr, announced on television at the time. He vowed to put an end to corruption, robbery, incest and drugs. After six days, the insurgents surrendered.

An end to the calypso paradise?

Even then, an attempted coup in Trinidad was hard to take in. The island group was regarded as a Caribbean holiday paradise with a soundtrack of calypso. The average per capita income was 18,000 US dollars (16,655 euros), meaning that Trinidadians were considered fairly well-off by Latin American standards. 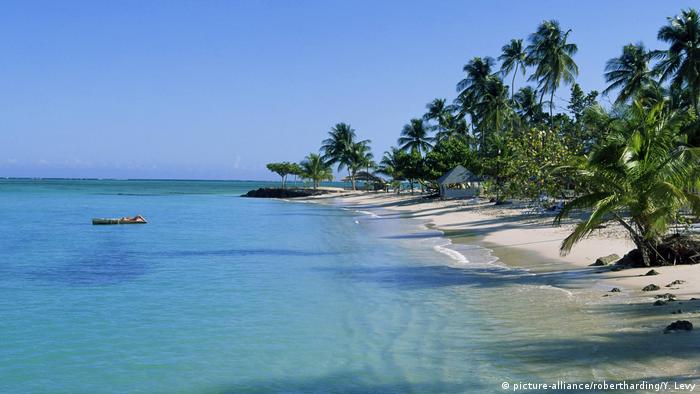 However, the country has recently been hard hit by the drop in oil prices. Oil exports fell by around 70 percent last year, gas exports by 45 percent. This loss of income has caused the country's gross domestic product to drop by 6.7 percent. Unemployment is rising.

"If the government was doing its homework, it would look out for young people in their communities and ghettos, where many of them are living a life without prospects," wrote a reader of the "Daily Express" newspaper from the town of Chaguanas. "Because these poor souls are welcomed by 'Islamic State.'"

Until now, the government has been focusing its attention on mosques rather than the poorer quarters of town. In mid-February, Trinidad's minister for national security, General Edmund Dillon, convened a roundtable discussion with a number of representatives of Islamic communities. Dillon exhorted them to pass on to the authorities any information about jihadist fighters or people planning to travel abroad to join "Islamic State" (IS).

At the same time, Trinidad's prime minister, Keith Rowles, announced that his government intended to make membership of a terrorist organization a criminal offence. Travel to IS war zones would also in future be subject to official authorization.

In an otherwise deeply divided Muslim community, the announcement of these measures has met with widespread skepticism and disapproval. Newspaper reports suggest that many communities are worried they may tarnish their image. 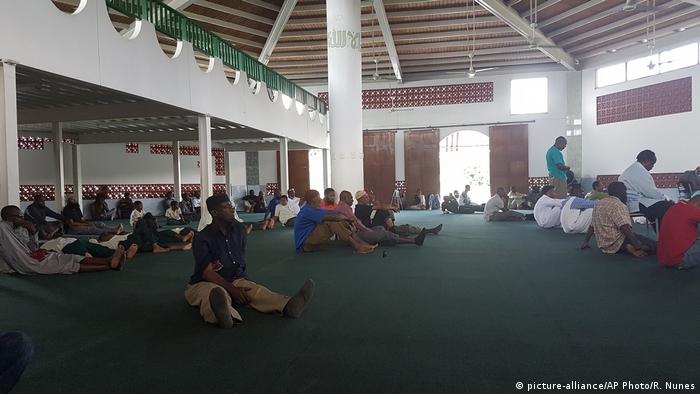 "We're not discriminated by any of the other religious groups in this country. It's strange, but it's true: we are being discriminated by our government," says Umar Abdullah of The Islamic Front. Abdullah, along with many other Muslim leaders, was not invited to the official meeting with government representatives in February.

Abdullah can't really see himself cooperating with the government on anti-terrorism measures. He deliberately didn't say whether or not he would pass on information to the authorities about jihadist fighters preparing to travel abroad.

"I have no problem with anybody wanting to go," he says. "But if somebody would come to me and ask me for my opinion - Umar, I want to go to Syria and join the ISIS - I would dissuade him from doing so. Why? Because we have a lot of work to do here in Trinidad and Tobago as regards Islam."