Islam critic Geert Wilders to go on trial in Netherlands | Europe | News and current affairs from around the continent | DW | 19.01.2010

Geert Wilders is to face charges of hate speech and inciting hatred against Islam in a Dutch court on Wednesday. The politician has described the Koran as a fascist book but he enjoys wide support in the Netherlands. 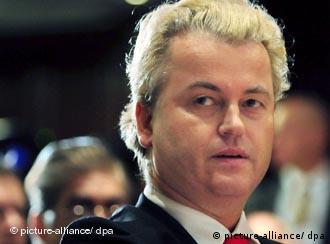 Dutch far-right politician Geert Wilders is due to appear in an Amsterdam court on Wednesday on charges of religious insult and anti-Islam incitement.

The prosecution claims his 2008 short film "Fitna", as well as statements made in interviews and speeches, incite hatred against Muslims. Wilders has called Islam a "backward" culture and the Koran a "fascist book that incites people to violence."

The politician and lawmaker claims his trial is "political" and says any statements he made fell under the right to freedom of expression.

His campaigning against the spread of Islam and the alleged "islamization" of the Netherlands has won Wilders growing popularity in his home country, with his party now enjoying wider support than the governing parties. 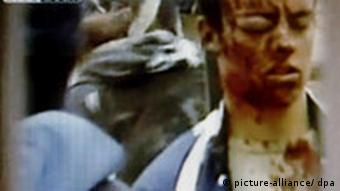 Critics warn that Wilders could use the trial to depict himself as a martyr, which could bring him even more political support. The maximum sentence he faces is 16 months in prison and a fine of up to 10,000 euros ($14,000).

The indictment accuses Wilders of insulting Muslims by describing Islam as a fascist religion and campaigning for the banning of the Koran, which the politician has repeatedly compared to Adolf Hitler's book "Mein Kampf". He has also proposed closing "radical" mosques.

Wilders also called for no more Muslim immigrants to be allowed into the country. His short film "Fitna", released in 2008, offended many Muslims by juxtaposing quotations from the Koran against images of terrorism perpetrated by Islamic radicals.

Around six percent of the 16.5 million population of the Netherlands are Muslim, most them with Moroccan or Turkish roots.

Wilders' Party for Freedom has, however, growing support among Dutch voters. According to current opinion polls, Wilders would receive more votes than the governing conservative party or the opposition socialists, if an election were to be held immediately.

"I merely say what the majority in our country is thinking, but doesn't dare to express," Wilders said in defense of his far-right stance. 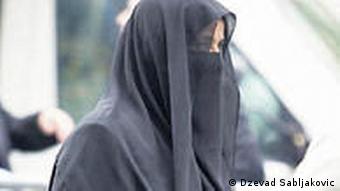 Wilders warns of an "islamization" of Europe

The politician claims his prosecution is a "political show trial" and that he is the victim of a "witch hunt." Critics warn that he might use the court proceedings as an opportunity to gain more publicity and media exposure.

Wilders has announced he will bring in witnesses to "expose" Islam. Amongst others, he plans to call Mohammed Bouyeri to give evidence, the man of Morrocan origin who, in 2004, shot and killed film director Theo van Gogh who had criticized the role of women in Islam. During his trial, Bouyeri had argued that he had the right to kill anyone who was an enemy of Islam.

Dutch public opinion is divided over the trial, with many critics warning that Wilders should be defeated on the political level rather than in a courtroom which might serve only to portray him as a victim.

European reaction to the vote in Switzerland to the construction of new minarets has been mixed. Many leaders were critical, although some rightist parties said they wanted similar votes in their countries. (30.11.2009)

Conservative parties have scored victories in most of Europe’s largest economies as socialist parties in Germany, France, Italy and Spain all failed to capitalize on the global financial crisis. (08.06.2009)