Is virtual reality the future of art? 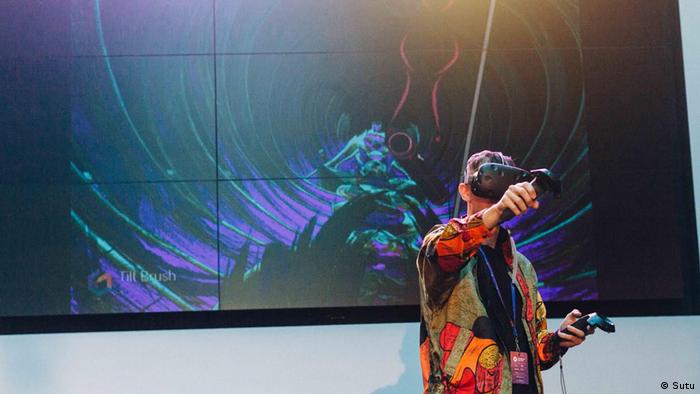 The way things are going, 2017 is shaping up to be the year that art gets virtual, as top galleries around the world allow this very modern medium to infiltrate their exhibition spaces.

The Whitney Biennial in New York, which opens on March 17, will include a virtual reality (VR) piece by Jordan Wolfson. In February, the Sotheby's art auction house gave people the chance to experience a "living" VR version of Salvador Dalí's "Moment de Transition." In January, artist KAWS exhibited his VR project at the New York Public Library, and the London Academy of the Arts even brought objects from its exhibition "Virtually Real" back to the real world, using 3D printing.

Armed with futuristic headsets, motions sensors and specially designed interfaces, artists from all sorts of backgrounds are exploring this new medium. DW spoke to four international VR artists and asked them what it is like to be at the forefront of a new artistic movement, and what this shift means for traditional art. 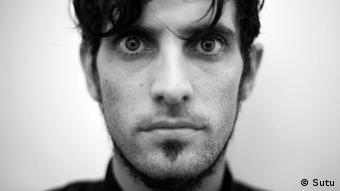 Sutu: From comic books to VR

The Australian outback might not appear to be a likely setting for someone working at the forefront of technological innovation - but from his home in the desert Stuart Campbell, known as Sutu, is trying to take his experience in traditional illustration and comic book art in a very new direction.

"I've been drawing for a long time, and all of those skills are being translated to this new medium," the 36-year-old VR artist explains.

"Of course I have to adapt to the fact that I'm suddenly drawing in a three-dimensional space and my artwork is floating around me."

In the virtual world just as in the real one, Sutu believes his work always comes down to telling a story. VR should be the perfect storytelling tool, given the potential for almost total immersion - everything a user sees, hears and in some cases even feels can be controlled by the designer.

But audiences also get restless when they are not given enough autonomy to explore a virtual space. With the development of the technology allowing users to move freely within a VR space, known as "room scale," they will be much more likely to go AWOL.

"You're giving the audience some agency," says Sutu, "but at the same time you don't want interactivity to get in the way of the story. It's an interesting balance of making it intuitive enough that they don't have to think too much about how to interact with it."

Sutu is currently "choreographing" a presentation of his latest VR work. That's another thing about VR art - audiences want to be there, in real-time, as the art is created.

"I like this idea of a performance," Sutu explains. "To me, digitally everything was very slow before. It's not so exciting to watch someone hunched over a computer. In VR you're waving your arms around and you're walking through the space, and people can really connect those broad gestures with the animation of the paint strokes."

But can VR artists ever hope to earn the sort of respect afforded to traditional artists?

"I take a lot of pride in my skills," Sutu says. "It's always going to come down to the mastery of those tools and of course the conceptual ideas that you come up with, which ultimately determines the value of the artwork." 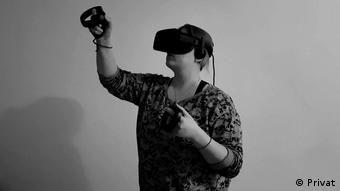 "Right now, every artist is blazing their own trail, which is both amazing and terrifying," says British VR artist Liz Edwards.

"I'm in absolute awe of some of the amazing pieces other artists are making, but at the same time I think: Where is this going? What can I bring to this medium?"

The 27-year-old, who is currently living in Montreal, Canada, worked until recently in the video game industry as a 3D character artist, before deciding to pursue a freelance career in VR art.

"I've always drawn, painted and sculpted," Edwards says. "That's what's so appealing about making art in VR - it might be digital, but it's all about making things with your hands. All the barriers between you and your art have been removed.

Edwards is impressed by the versatility of the medium. She points out the range of content already available for users - from adventurous experiences, such as visiting the International Space Station or stepping into 3D scans of different places in the world, to creative tools or immersive games. She sees a place for traditional art here, too.

"I love the idea of drawing and painting 3D 'still-life' scenes - snapshots of one moment," she says, "like a comic panel that viewers can explore. I don't think stepping into a painting will ever stop being powerful."

Edwards is also quick to dispel the suggestion that VR might falter where the tech sector so often has in the past - gender equality. "There are a ton of amazing women in the VR industry!" she says. "The industry as a whole is amazingly welcoming and supportive." 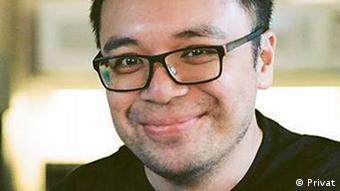 According to Gio Nakpil - a 40-year-old digital artist who was born in the Philippines, grew up in Canada, and now lives in the United States - art should be "the most open and relatable thing one can share with other people." So how does VR, with its expensive equipment and rather isolated access through an individual headset, fit that definition?

"The price for VR hardware will come down over time," Nakpil says. "As things progress further into the future, I can imagine VR art being as accessible as, say, me crawling into my man-cave in my house and sculpting for hours. Or, on a social level, going to a sculpting group with a bunch of friends and hanging out while sculpting monsters."

Sculpting monsters is something Nakpil certainly knows a lot about. His creations have made it all the way to Hollywood, appearing in such films as "The Avengers" and "Star Wars." He now creates other-worldly virtual creatures for the "experience" branch of VR tech company Oculus.

"The limitations of the borders of a 2D frame no longer apply," Nakpil says of his new line of work. "I can create a scene in VR and have someone feel like they're standing in front of a nine-foot-high ogre."

Despite spending so much time in the virtual world, most of Nakpil's art idols - from Michelangelo to Beth Cavener Stichter - belong to the physical artistic realm. He also does not believe traditional forms of art will be diminished by the rise of VR.

"I've always been meaning to get back to sculpting in clay, which for me, will always be the high bar," he says. "Digital, whether it's VR or a 2D screen, just can't compare to holding real clay in your hands." 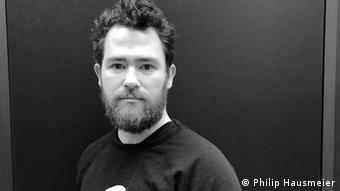 "The power of virtual reality is that it goes beyond the conscious," says Philip Hausmeier, a contemporary VR artist from Berlin, Germany. "It really pushes your emotions, because it affects your body really heavily."

The fine arts graduate has a background in sculpture and installation, but when the first version of the Oculus Rift VR headset came out four years ago, he made the bold decision to switch to virtual reality.

"I saw the potential," he explains, "you could overcome physical limits and create spaces that just never existed before."

Hausmeier taught himself how to use VR equipment and programs as they were released. He founded a company which curated its first virtual exhibition of contemporary art last year. The exhibition ran in California and Madrid, and will be shown at the Center for Art and Media in Karslruhe, Germany, this summer.

"I think VR will be accepted as a real art form," Hausmeier says. "It just depends on who is doing it. It's still very early - it's been on the radar for maybe one or two years. Give it another five and we'll be in a very different place."

Hausmeier understands how important it is to connect people within the virtual reality industry in order to nurture this young artistic movement. He founded a popular VR meet-up in Berlin, and now hopes to develop a database for VR artists and creatives.

"VR attracts a lot of interesting experimental people - not only artists, but creative programmers and indie gamers who want to make arty works, as well as film-makers.

"Being in the midst of that wave - it's pretty amazing."

At the Holocafé in Düsseldorf, up to eight players can square off against each other in two gaming areas. They use control-consoles and virtual-reality goggles to enter a world that is pure fantasy.   (09.02.2017)

The lesson of CES 2017: Like smartphones in the past decade, virtual reality (VR) technology will change everyday human experience in the coming decade. It's a hugely engaging, irresistible, and disruptive technology. (04.01.2017)