Is the Pakistan People's Party finished?

One of Pakistan's most influential liberal political parties, the People's Party, which was once headed by former PM Benazir Bhutto, has tasted one of its bitterest defeats in elections. Is this the end of the PPP? 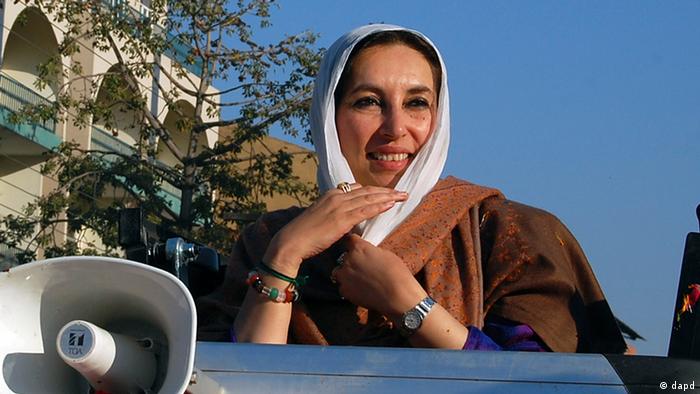 No other political party in Pakistan suffered as much in the May 11 parliamentary elections as the Pakistan People's Party (PPP). The PPP, led by President Asif Ali Zardari ever since the assassination of former Prime Minister Benazir Bhutto (article picture) in an election rally in 2007, ruled Pakistan from 2008 to 2013. However, in the latest national polls, it could only secure 31 seats out of 272 in the country's national assembly or the lower house of parliament.

The center-left PPP, probably the only party with nation-wide support, was reduced to its stronghold Sindh. Benazir Bhutto's father Zulfikar Ali Bhutto hailed from the southern Sindh province of Pakistan but when he founded the PPP in the late 1960s it was the central Punjab province which swept him into power in the 1970 election. Both Bhuttos remained popular in the Punjab - which has most seats in parliament - until their deaths.

The rise of the Punjabi businessman Nawaz Sharif in the 1980s became a big challenge for Benazir Bhutto in a province considered to be at the center of Pakistan's political landscape. Though the PPP could not form a government in the Punjab after the 2008 elections (held right after Bhutto's assassination), it remained a strong opposition force in the province. 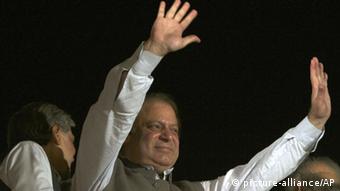 Sharif draws much of his support from the nationalist, religious right and his home turf of Punjab

This time around, the PPP has been vanished from the Punjab. In 2008, the PPP had secured 78 seats out of 297 in the Punjab's provincial assembly. In the May 11 elections it only got six. Apart from Sindh, where the PPP won 71 seats out of 130, the party's performance was dismal in the northwestern Khyber Pakhtunkhwa and the western Baluchistan provinces. The volatile Khyber Pakhtunkhwa province, which borders Afghanistan and has been facing a protracted Taliban insurgency, has 99 provincial seats. The PPP, which secured 18 in the previous elections, managed to get only two this time. In Baluchistan - another violence marred province demanding independence from Pakistan - the PPP did not get a single seat.

The PPP hardly managed to emerge as the second biggest party in the May 11 elections. Former cricket star turned politician Imran Khan's Pakistan Tehreek-e-Insaf (PTI) or the Justice Party got 26 lower house seats and a clear majority in Khyber Pakhtunkhwa's provincial assembly. Khan's slogan for a "new Pakistan" and his willingness to engage in peace talks with the Taliban resonated with the people of violence-ridden Khyber Pakhtunkhwa citizens.

But is this the end of the PPP and "liberal" politics in Pakistan?

Political analysts say that the PPP has definitely suffered a setback but the defeat in the latest polls does not mean that the party is a thing of the past in Pakistani politics.

"The PPP did not perform well in the elections because of its wrong campaigning strategy," Salman Abid, a political commentator in Lahore, told DW. "It was a flawed strategy to focus only on Sindh and the southern Punjab. The PPP also thought that attacking Sharif's Muslim League (PML-N) in the election campaign would be beneficial for Imran Khan's party, and this would divide the votes of the PML-N and the PTI in favor of the PPP. That did not happen."

That did not happen and former PM Sharif not only secured most seats in the Punjab's provincial assembly but also in the national assembly. Sharif's center-right PML-N is now poised to form governments in both the center and the Punjab. 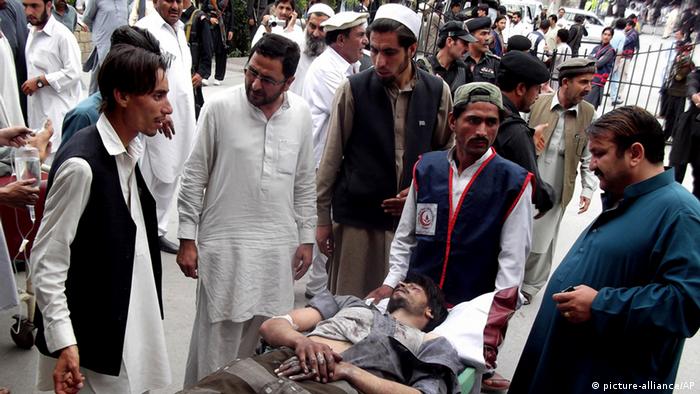 The Taliban attacked liberal parties during the election campaign

Abid, however, is of the view that the PPP still has considerable influence in Pakistani politics. "The party enjoys a majority in the upper house of parliament, the Senate. There are people who still love the PPP and are loyal to its ideology. If the PPP learns from its mistakes and make amends, I am sure it will see a comeback."

Violence against liberal parties in the run-up to the May 11 elections also put a question mark on the credibility of the vote. The PPP, the Awami National Party (ANP), and the Muttahida Qaumi Movement (MQM) were unable to campaign due to the consistent Taliban attacks on their leaders and public rallies. By comparison, center-right parties such as the PML-N and the PTI were spared by the Taliban because these parties wanted to engage with the Taliban unconditionally.

The PPP's 25-year-old chairman Bilawal Bhutto - son of Benazir Bhutto and Zardari - could not lead his party's election campaign due to security risks. The Taliban had openly threatened to assassinate him. Bhutto's election campaign was limited to video messages which he occasionally sent from Dubai.

"The PPP secured only 17 seats in the 1997 elections but Benazir Bhutto, who was in self-imposed exile at the time, kept in touch with party workers," analyst Javed Farooqi told DW in Lahore. Farooqi said that the present PPP leadership needs to learn from Benazir Bhutto. 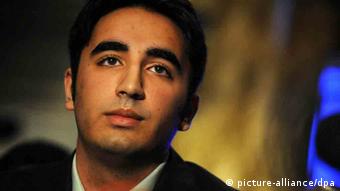 Can Bilawal Bhutto revive the PPP?

But many people in Pakistan say that Benazir Bhutto's PPP does not exist anymore, and that it died with her in 2007. They say it is President Zardari's PPP which now pursues a different ideology than Bhutto's.

Naheed Khan, one of Bhutto's closest aides, who fell out with President Zardari after Bhutto's assassination, blames the new party leadership for the downfall of the PPP.

Khan told DW that the PPP's defeat was not unexpected.

"The present PPP leadership is only interested in power. They have abandoned the PPP ideology," Khan said, adding that the PPP leaders should resign after the "humiliating defeat."

Khan advised Bilawal Bhutto to revert to his mother and his grandfather's ideology and distance himself from his unpopular father if he wanted to revive the party.

Former Pakistani PM Sharif has emerged victorious in parliamentary elections but the biggest winners in these historic elections are the Pakistani people who came out to vote despite the fear of the Taliban. (12.05.2013)

Elections in Pakistan: the major players

Many Pakistanis are hoping for a political change, even though there is no clear alternative to an increasingly unpopular PPP. There are fears that the need to form a viable coalition might lead to weak government. (01.05.2013)