'IS' secret police - The trial of Nils D.

Court cases against 'IS' returnees are now common. Yet the case against Nils D. is different: A member of the notorious 'Lohberg Brigade,' D. is talking, giving authorities a glimpse of the world of German jihadists. 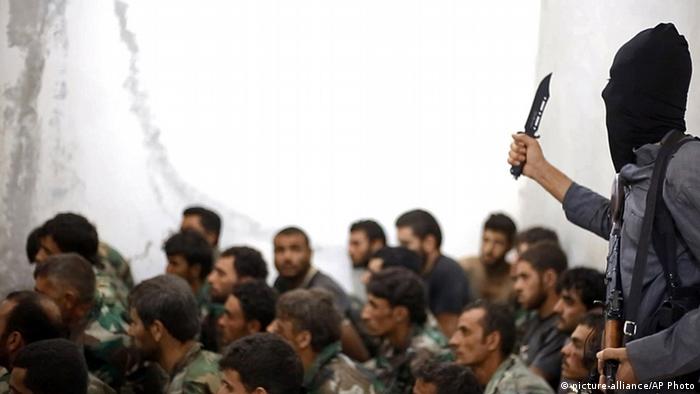 Nils D. knows the high-security bunker at the Regional Court of Appeal in Dusseldorf. He gave testimony against another "Islamic State" (IS) returnee there in December. Nils D. also testified at another trial in Celle. This Wednesday (January 20), the 25-year-old from Dinslaken, in the German state of North Rhine-Westphalia, will be in the Dusseldorf courtroom once again. This time, he himself is in the dock. Federal prosecutors accuse Nils D. of being a "member of the foreign terror organization Islamic State," and having planned "grave acts of anti-state violence" in Syria.

Currently, there are a number of such trials underway against "IS" returnees in Germany. No wonder: The so-called "Islamic State" has become dangerously attractive for those seeking utopia, inspiration and a center of totalitarian religious interpretation. According to the German Federal Crime Office, some 800 Germans have answered the call of jihadi recruiters and taken up arms in Syria. Now, roughly 100 of them are back in Germany. As a rule, those who end up in court don't talk. But things are different with Nils D. - he's talking. 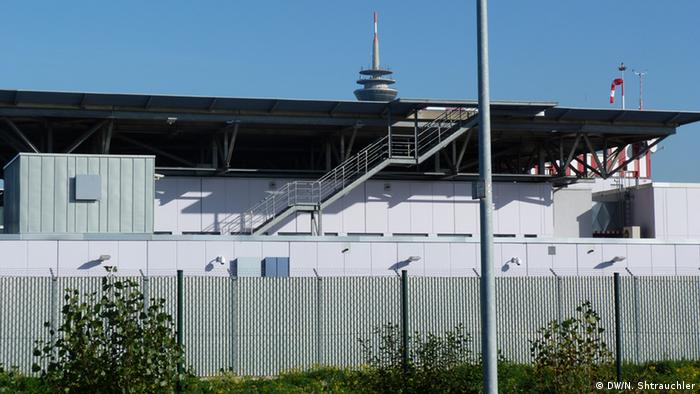 The high-security prison in Düsseldorf where the trial of Nils D. is taking place

The everyday life of foreign fighters

D's statements give a glimpse into the everyday life and responsibilities of foreign fighters. And they show how a kind of "terrorist international" with wide-ranging networks is developing in areas under "IS" control. German and Belgian jihadis, for instance, live in one house. With the Germans fighting under Belgian command. And yes, Nils D. identified Abdelhamid Abaaoud on a photo last August - three months before Abaaoud's face became known around the world, after he was identified as one of the men involved in November's deadly Paris attacks. D's chattiness is a stroke of good luck for investigators. Or, as the spokesman for the city of Essen's police department, Ulrich Fassbender, told the German television station ARD: "We can reconstruct cross connections."

Nils D. was with "Islamic State" for thirteen months. The hefty man with red hair - nicknamed "Chubby" - called himself Abu Ibrahim during that time, and claims to have been part of a special unit within "IS." The team's responsibility: Arrest dissidents and deserters - as part of a kind of secret police unit. The protocols of some 40 police interviews of Nils D., which were pored over by the research pool of three German public media outlets - ARD, NDR and WDR - paint a gruesome picture of torture, executions and despotism. D's unit was housed in the small town of Manbij, about 40 kilometers (25 miles) from Aleppo. The unit's jail held about 300 prisoners. The prisoners' screams could regularly be heard across the street from the jail. Public executions and beheadings happened on a daily basis; D. even claims to have witnessed a crucifixion. D. says that he was present during "ten to fifteen" arrests. He says that he sat, armed with his Kalashnikov and his gold-plated Browning pistol, in the car with informers while the arrests were carried out. D. swears that he never participated in torture or executions. However, authorities found, among other things, a photo on D's smartphone which showed him holding his gold-plated Browning to the head of a prisoner. According to media reports, D. began talking when investigators confronted him with the photograph. He is said to have remained silent until then. 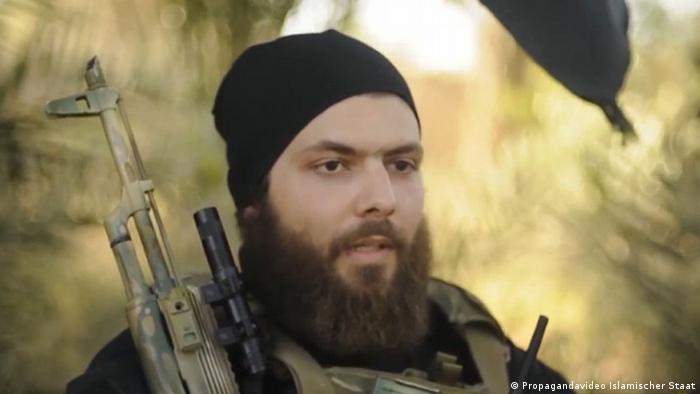 Screenshot from a German-language 'IS' propaganda video

D's hometown of Dinslaken-Lohberg has roughly 6,000 residents, but the former mining community on the northeastern edge of Dinslaken is a hotspot for German jihadis. Between 2011 and 2013, an Islamist group camouflaged as an educational center established itself next to the office of the local commissioner for integration, of all places. About half of the group's 25 members went to Syria. Five died and five returned. Among the dead was D's cousin. Philip Bergner blew himself up in a suicide bomb attack in the summer of 2014 - killing, it is said, about 20 Kurdish fighters. It was Philip Bergner who first introduced D. to the Salafi scene and later suggested that he travel to Syria. D. was made fun of at secondary school, became a very young father, had drug problems and was thrown out of vocational training.

Terror expert Marwan Abou Taam emphasizes that German jihadis come from various backgrounds, some being high school graduates, others dropouts. Nevertheless, Taam, who is a staff member at Rhineland-Palatinate's Regional Office of Criminal Investigation, told DW that some people are more susceptible to the messages put forth by Islamist proselytizers. Now Nils D. may be able to play an opposite role and help prevention. D's testimony about the reality of everyday life in the "Islamic State" could offer a powerful counter-narrative to the high-gloss propaganda put forth by the group itself.

Anjem Choudary is accused of inviting support for the "Islamic State" (IS). The trial initially scheduled for Tuesday has been postponed until March. Samira Shackle reports from London. (11.01.2016)

Many Poles argue that Poland cannot take in a large number of refugees from the Middle East. When asked why, some of the nation's old complexes and excuses come to the fore. Jo Harper reports from Warsaw. (06.01.2016)

A video circulating online shows the "Islamic State" group executing five men who were accused of spying for Britain in Syria. The footage has not yet been independently verified. (03.01.2016)