Is Duterte presidency affecting the Philippine economy? | Asia | An in-depth look at news from across the continent | DW | 10.10.2016 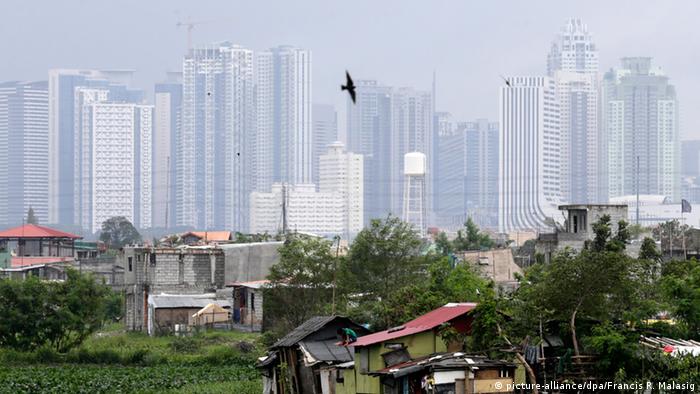 Despite a weak global economy, the Philippines will remain a fast growing economy and continue to outpace its regional neighbors, the World Bank said in its Philippine Economic Update report.

The World Bank is the latest addition to the list of financial experts that remain "optimistic but cautious" about the country's economic performance as President Rodrigo Duterte nears his first 100 days in office.

"It was a fantastic year for the Philippines," said Birgit Hansl, the World Bank's lead economist, citing the country's strong economic performance in 2015, which was carried over to the first half of 2016.

Hansl pointed to the country's track record of successive growth, strong macroeconomic indicators and the rating of credit agencies among "the facts that investors will look for when it comes to where they put their money."

However, the World Bank admitted that risks remain. "Lingering uncertainty about this administration's reform agenda might be a cause of caution among investors. But notwithstanding this uncertainty, the Philippines will continue to grow," said Hansl.

The World Bank forecasts that the Philippine's GDP will grow 6.4 percent this year and 6.2 percent in the next two years.

Additionally, the report further states that sustained economic gains and increased spending on health, education and social protection will help pull down extreme poverty from 7.8 percent in 2016 to 7.2 percent in 2017. The Philippines has some of the biggest mineral reserves in the world, but mining safety is poor

Inclusive Growth: The big 'if'

Duterte won the presidency on a populist platform promising "real change" and inclusive growth, which means that everyone benefits from economic growth. Now critics are saying they are getting tired of the administration touting the war on drugs as an achievement and calling Duterte "a one trick pony."

In an article in the South China Morning Post, Steven Keithley wrote that the drug wars are merely a smokescreen masking Duterte's inability to make hard decisions on economic plans and territorial disputes in the South China Sea.

The lack of direction is leading to investor jitters and confusion, particularly in the mining sector.

The Department of Environment and Natural Resources (DENR) conducted an industry-wide audit of compliance to safety standards. Twenty mines failed and were subsequently suspended.

Although the mining sector is a 0.6 percent drop in the country's GDP, it accounts for three percent of exports and is a major player on the supply side. According to the DENR, the country is the world's largest supplier of nickel ore and the nickel mines, which failed the audit.

At a briefing on the country's economic prospects, the president of the Chamber of Mines of the Philippines, Benjamin Philip Romualdez, questioned the results of the audit and the Duterte administration's economic priorities.

"We are confused about the government's policy on mining," said Romualdez. According to Romualdez, the DENR is set to suspend 30 out of 40 mining projects stripping approximately 750,000 People, in mostly rural areas, of their job. A moratorium on mining would translate to about $25 billion (17.9 billion euros) projects on hold.

"About $20 billion (of a total $25 billion) was supposed to be in Mindanao, one of the country's poorest regions. There seems to be a conflict with the objective of inclusive growth," Romualdez said.

A cause of concern for S&P is Duterte's insults of US President Barack Obama and the United Nations chief Ban Ki-moon. Obama and Ban is critical of Duterte's drug killings. 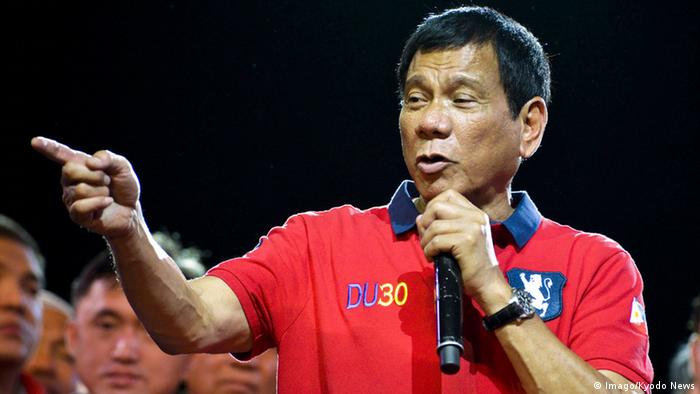 Smarting from the rebuke, Duterte threatened to develop a new independent foreign policy, cut US ties and find new allies in China and Russia.

Former Foreign Affairs Secretary Albert del Rosario "respectfully and humbly" asked the Duterte government to reconsider its position and warned of the probable loss of economic benefits if the government retains this strategy.

Del Rosario ticked off a list of international development assistance amounting to $4 billion (3.6 billion euros) in addition to $140 million (125 million euros) in military financing from the US. Japan and the US are among the country's largest donors.

"There are conditionalities when they go to the US Congress (for approval). Respect for human rights is one of them," said Del Rosario.

The Philippines defense minister has said that if the US and EU don't like Manila's policies, they should withdraw aid. The statement comes as Manila tells the US it is suspending joint patrols of the South China Sea. (07.10.2016)

Philippines says it wants to 'break away' from dependency on US

The Philippines has said it wants to end the country's dependency on the United States. The country is moving to balance its interests. (06.10.2016)

The Philippine leader has unleashed a new verbal salvo against his US counterpart as their two countries began joint war games. He said his new policy would be a "breakup" with Washington. (05.10.2016)

The first 100 days of Rodrigo Duterte