Is a new start needed for Italy's banks? 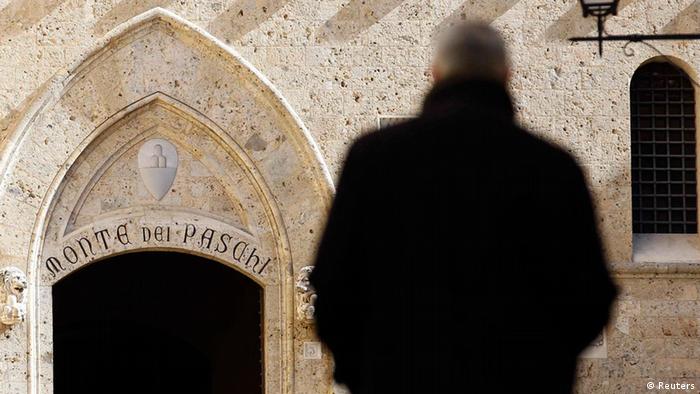 DW: What do you see as the main results of the stress test? Were there any surprises?

Claudio Zara: In general terms, I think the results are good. They show the general resilience of the European banking system, and basically the results were as expected. No surprises.

Italian banks have been described by many banking analysts as the likely source of Europe's next financial crisis. Five of the 51 big European banks covered in the European Banking Authority's stress tests were Italian banks. What does this stress test tell us about their financial health - and what must be done to improve it?

As you know, Banca Monte dei Paschi di Siena (BMPS) was the black sheep among Italian banks. It performed very badly in the tests, the worst of any bank sampled. However, on Friday evening, just hours before the EBA stress test results were released, BMPS announced a package of major measures meant to deal with some of the bank's biggest problems. They sold off about 60 percent of their distressed debt at a good price, and they'll also get 5 billion euros ($5.6 billion) in fresh capital from investors.

The new measures will help a lot in reducing the bank's credit risks. But I think the bank may also have some problems with market risks and operating risks it still needs to deal with.

The results for the other four Italian banks in the sample were good in my opinion. Their CET1 core capital ratios were in the low-to-medium range compared to the average across all the banks sampled, but the stress tests show these banks are resilient to a possible economic downturn.

To improve the situation of Italy's banks further, it will be important to find a way to clear the backlog of distressed debt off their balance sheets by selling it to investors at a fair price.

Can you explain the differences between credit risk, market risk and operating risk? 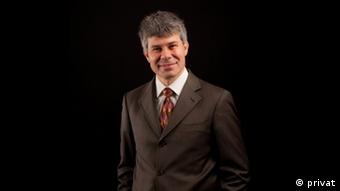 Claudio Zara is a Professor of Finance at Bocconi University in Milan.

Market risks are those associated with the performance of investments a bank has made in market instruments like corporate bonds or various forms of derivatives. If the current market value of those investments drops below the amount the bank paid for them, it's a problem for its balance sheet.

Operating risk covers a wide range of factors related to the quality of management, due diligence in assessing borrowers, operating cost controls, exposure to fines, and so on.

The EBA's stress tests help identify each bank's specific risks in these three categories and help banking supervisors decide on appropriate measures to deal with them. Different kinds of risks require different measures.

The Italian government wants to recapitalize Italian banks with tax money, but the EU says this is against the rules. Now that the test results are out, what is a likely solution to this dilemma?

As I said, it will be important to find a way to clear the backlog of distressed debt off the balance sheets of Italian banks by selling it to investors at a fair price. A "fair price" doesn't mean whatever a specialist investor in distressed debt might be willing to pay - because they want to pay much less than the fair price, so they can make a profit. A "fair price" means a price based on a good estimate of how much of the debt is likely to be paid back by borrowers in the end, adjusted for risk.

There are well-known procedures for estimating the fair value of distressed bank debt. Government first-loss guarantees can encourage private investors to buy such debt at a fair-value price.

Many people were very angry after 2007-08 that governments and taxpayers had to pay huge sums to bail out banks. Many banks distribute enormous bonuses to senior executives and generous dividends to shareholders. But when a crisis happens, the losses are socialized. The new EU banking union rules are meant to prevent this. Isn't it right for the European Union to expect bank creditors to take losses like investors in any other business that runs into problems?

Yes, but the problem is that a banking collapse can cause a real-economy collapse with even greater costs. Forcing creditors and depositors to absorb losses can, under some conditions, shake confidence in the whole system and lead to a dangerous downward spiral. What happened in Argentina a few years ago or in the UK with Northern Rock are examples of this.

The USA, the UK and Germany bailed out their banks that got into trouble in 2008. Italy didn't. Italy's government failed to force a timely cleanup of Italian banks' balance sheets before the new rules against bailouts came into play at the beginning of this year. So the question is whether it's fair to prevent the Italian government from providing public support to its banking system like Germany, the UK and other countries already did.

It's important to recognize that the huge load of distressed debts burdening Italy's banks were caused in large part not by incompetent bank managers, but by a systemic downturn after the financial crisis of 2007-08 spread from the US to Europe. The downturn harmed bank balance sheets. So did the sovereign debt crisis later on, since major banks usually own a lot of sovereign bonds.

Do you think the European banking union's new "bail-in" regulations, which are meant to force banks' private creditors to absorb losses and prevent governments from bailing out banks, are a mistake?

No, not a mistake. I think the intention is good, but some flexibility is needed. When bank-specific problems lead individual banks to suffer losses, those should be borne by their investors or creditors. But when systemic problems occur, systemic solutions are required to prevent worse harm to the economy.

Answers were lightly edited for brevity.