Iran's president has acknowledged for the first time that chemical weapons have been used in the Syrian civil war. He has urged world leaders to prevent their deployment, even in Syria, one of Iran's strongest allies. 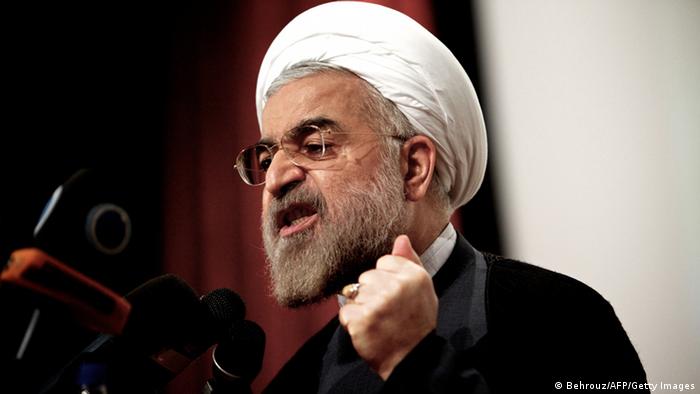 Iranian President Hassan Rouhani condemned chemical attacks in Syria, according to Iranian state media on Saturday. His comments came as international leaders and the United Nations increased pressure on Syrian President Bashar al-Assad's government to allow weapons investigators to look into an alleged attack in Damascus earlier this week.

"The situation prevailing in Syria today and the death of a certain number of innocent people caused by chemical weapons is very distressing," Rouhani said.

At least 500 people died in the Syrian capital on Wednesday after government troops deployed chemical agents, according to the Syrian opposition. The claim coincided with an official UN investigation into previous allegations at three sites around Syria.

The UN sent High Representative for Disarmament Affairs Angela Kane to Damascus on Saturday in order to gain approval from Syrian President al-Assad for an expansion of the mission to include the Damascus site.

Iranian President Rouhani echoed growing sentiment in the international community that evidence of the illegal arms must not be tolerated.

"The Islamic republic of Iran, which was the victim of chemical weapons, asks the international community to do everything to stop the use of these weapons anywhere in the world," Rouhani said, referring to Iraq's use of chemical agents against Iranians during their war in the 1980s.

Rouhani's comments on Saturday hinted at possible support from Tehran for international efforts to intervene in the Syrian civil war. Tehran maintains a strong alliance with Damascus and has voiced its opposition to interference in the armed conflict, despite the growing death toll and refugee crisis in the region.