As the US pulls out of the nuclear deal with Tehran, Iranians have begun fleeing to the US dollar on fears of renewed hardships. But the central bank chief sees no fallout from renewed US sanctions. 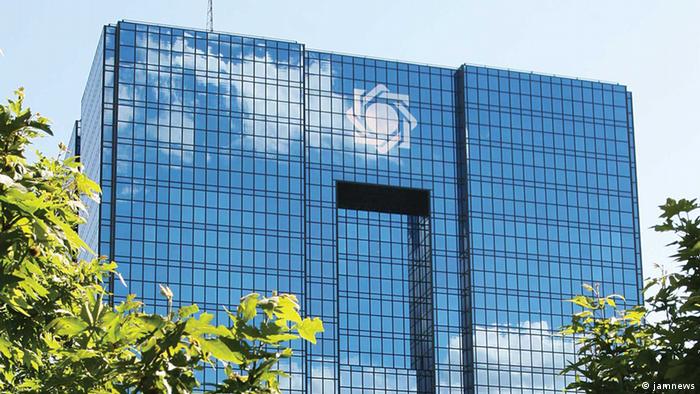 US President Donald Trump announced Tuesday that Washington was withdrawing from the nuclear accord with Iran.

The US president's latest move, which he said would go along with with tough sanctions to be imposed on the theocratic regime in Tehran, is worrying US allies involved in striking the landmark 2015 deal, and has caused senior Iranian officials to dig in.

In a move to shore up confidence among the population, central bank chief Valiollah Seif said on Tuesday Trump's decision would leave the Iranian economy largely unaffected.

"We are prepared for all scenarios. If America pulls out of the deal, our economy will not be impacted," Seif told state-owned television.

However, Iranians seem to think differently and begun exchanging their national currency rial for US dollars a while ago, fearing renewed economic turmoil from the resumption of sanctions.

Shortly after Trump's announcement, the Iranian currency plunged to a record low of about 65,000 rials to 1 US dollar on Tuesday, according to Bonbast.com, which tracks the currency's value at the free market. That was down from 57,500 at the end of last month and 42,890 at the end of last year.

Markus Kaim on the fate of the Iran nuclear deal

The sell-off comes despite attempts by the central bank to stem the pressure on the rial. In April, it decided to unify official and free-market exchange rates, freezing the rate at 42,000 and banning all other trading in the currency. People who violated the ban were threatened with arrest.

But the strategy has failed to curb the free market because demand for dollars far exceeds limited supplies that authorities provide through formal channels at the official rate.

Mehrdad Emadi, an Iranian economist who heads energy risk analysis at London's Betamatrix consultancy, said the approach of Trump's decision was encouraging a mass flight out of the rial. "This large scale 'derialization' of the Iranian economy has now created a complete collapse of confidence," Emadi told the news agency Reuters, adding that the currency could fall as low as 110,000, with the effect that inflation in Iran may triple over the next months.

Iranian officials have publicly blamed the rial's weakness on a plot by the United States and other nations. Theoretically, the government in Tehran has sufficient means to stem selling pressure on its currency, as it boasts $112 billion in foreign assets and reserves, according to data released by the International Monetary Fund (IMF).

Moreover, the country is running a substantial current account surplus thanks to rising oil income, which accounts for about 60 percent of its revenues.

Read more: Germany lagging behind in trade with Iran

But analysts have expressed doubt about the figures, saying also that the number of assets Tehran could easily sell off may be much lower.

Already struggling with high unemployment and high debt in its banking system, Iran's economy stands to lose much from the resumption of US sanctions. The outflow of capital, which has reached $30 billion over the past four months, according to parliament's Economic Committee, is likely to accelerate, driving the rial's value down much further.