A court in Iran has sentenced businessman Babak Zanjani to death for corruption. He's accused of secretly selling Iranian oil on behalf of Ahmadinejad's government and embezzling millions of dollars in profits. 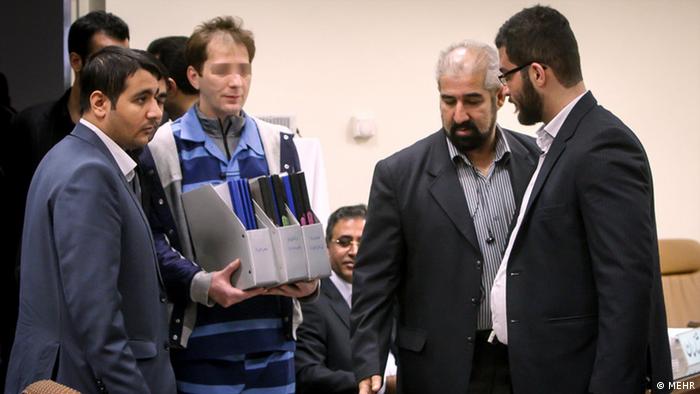 The Islamic court convicted Babak Zanjani and two of his associates of "money laundering" and "spreading corruption on earth," a judiciary spokesman said Sunday.

The three defendants were given the death penalty and ordered to pay a "fine equal to one fourth of the money that was laundered," spokesman Gholamhossein Mohseni Ejehei told reporters.

The verdict came after a nearly five-month public trial and can be appealed.

Zanjani was arrested in 2013 during a crackdown on alleged corruption carried out under former President Mahmoud Ahmadinejad.

During the trial, Zanjani denied any wrongdoing, insisting that the only reason the money had not been paid to the Oil Ministry was that sanctions had prevented a planned transfer from taking place.

By his own account, Zanjani helped the regime evade sanctions by arranging billions of dollars of oil deals through a network of companies stretching from Turkey to Malaysia and the United Arab Emirates.

Iran's current president, Hassan Rouhani, has sought to prosecute corrupt gangs since his election in 2013.

Zanjani is known as one of Iran's wealthiest businessmen, with a fortune worth an estimated $14 billion. He was among Iranian individuals blacklisted under US and European sanctions.

Iran emerged from years of economic isolation earlier this year when world powers lifted sanctions in return for Tehran taking steps to scale down its nuclear program.

Despite reforms, dozens of minors jailed in Iran on capital charges risk execution, Amnesty International reports. The findings come as the country is courting European investment. (26.01.2016)