Ruhollah Zam was arrested last year after being exiled in France. He was accused of inspiring the economic protests of 2017 via online posts and messages. 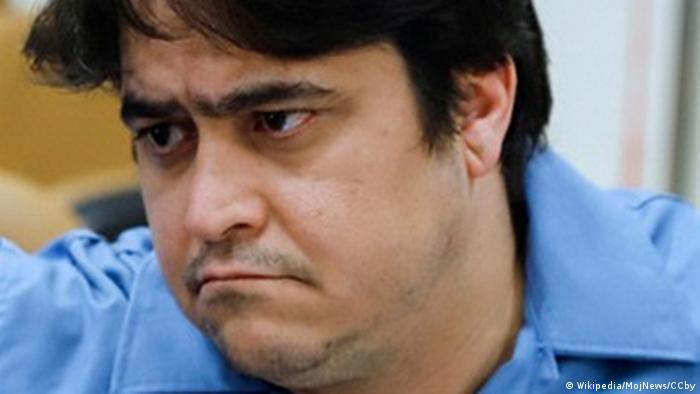 Iran on Monday sentenced to death a journalist whose online work allegedly incited anti-government protests in 2017.

Ruhollah Zam returned to Iran in October 2019 and was immediately detained. He had been living and working in exile in Paris before being persuaded to return to his home country, though the exact circumstances were not clear.

Iran's judiciary spokesman, Gholamhossein Esmaili, in a statement said: "The court has considered 13 counts of charges together as instances of corruption on earth and therefore passed the death sentence."

Zam is able to appeal his sentence, which was handed down by a Revolutionary Court.

Zam ran AmadNews, a website that posted embarrassing news content about Iranian officials. He also spread messages about upcoming economic demonstrations in 2017 and subsequently shared videos from the protests. That gained him widespread notoriety, and was soon on the radar of Iranian authorities who were trying to quell the unrest.

AmadNews was publishing content via the messaging app Telegram, which shut down the channel over Iranian government complaints it spread information about how to make gasoline bombs. The media outlet then reappeared under a different name.

Zam said he fled to France after being falsely accused of working with foreign intelligence and denied inciting violence at the time. He later apologized on television and admitted his wrongdoings.

Zam's father is Shiite cleric Mohammad Ali Zam, a reformist who once served in a government policy position in the early 1980s. The cleric wrote a letter published by Iranian media in July 2017, in which he said he would not support his son over the allegations.