Scores of Iranians had to be treated in local hospitals for inhaling nitrogen gas, which local officials said was not highly dangerous. But the latest incident follows a string of disasters. 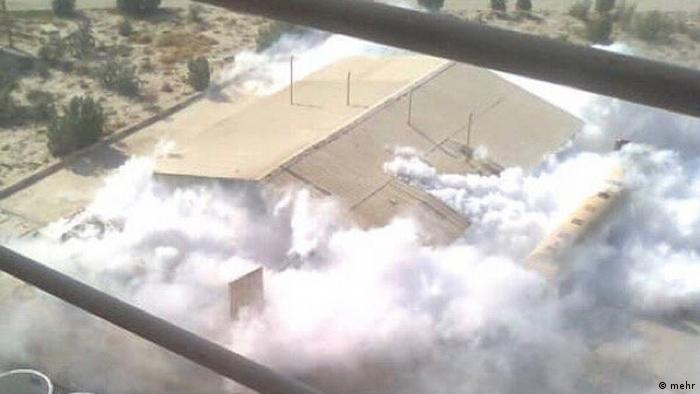 Victims of the explosion 'mostly suffered from respiratory problems' due to nitrogen inhalation, officials said

More than 130 people had to be hospitalized in southern Iran on Tuesday after a sodium carbonate factory reported a leak of nitrogen gas, state media reported.

Many of those injured reported difficulty breathing, but state officials later said that everyone affected had already been released from the hospital.

"The injured mostly suffered from respiratory problems caused by nitrogen gas, which is not dangerous," the crisis management director for Fars province, Khalil Abdollahi, was quoted as saying. According to scientists, the danger presented by nitrogen gas depends on its concentration.

Authorities added that firefighters had also extinguished the blaze caused by the leak.

Opened in 2020, the Sodium Carbonate Factory in the city of Firouzabad has an annual production capacity of 320,000 tons, IRNA said. Also known as soda ash, sodium carbonate is mostly used in the manufacture of detergents, soaps, paper, glass and petrochemical products.

While no deaths were reported in the Tuesday leak, the incident comes at a time of high tensions and protests over Iran's apparently crumbling infrastructure. Over 40 people lost their lives when a building in Abadan collapsed last month, and over 20 others died when a train derailed in a remote area of the country last week.

Iran also occasionally reports incidents of fires or explosions at industrial sites that are mainly blamed on technical failures. Years of economic sanctions by the West, put in place to try and curb Tehran's nuclear program, have blocked Iran's access to original spare parts and new equipment.