Iran makes inroads in parts of Africa | World| Breaking news and perspectives from around the globe | DW | 28.02.2010

Iran has taken an interest in improving relations with African countries in recent years by investing in Senegal, Nigeria, and Sudan. How have Israel and the European Union responded to its progress in Africa? 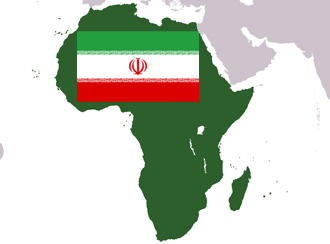 Iran is trying to spread its influence in Africa

Looking back at the last decade, Iran has improved relations with African countries by turning to them for investment and trade as it has become more isolated by the West.

In Africa, Iran has engaged in economic and development projects in a number of countries: in Senegal where Khodro, Iran's largest car manufacturer, opened an assembly line in 2007; Nigeria with which it has agreed to share nuclear technology for the production of electricity; and it enjoys good relations with South Africa (a regional leader) where its support of the ANC during the apartheid era has meant that South Africa has remained a true friend.

However, nowhere is the success of Iran’s investment quite as clear as in Sudan. "Iran has been successful in strengthening ties with Sudan because the two countries have an ideological link. They are standing up against the West and imperialism," Sanam Vakil, an expert on Iran at the Johns Hopkins University in Washington DC, told Deutsche Welle.

Why Africa matters to Iran 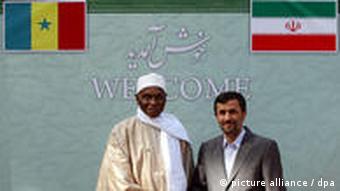 As a result of its isolation from the world (particularly the West), Iran has had to turn to Africa in an effort to gain more relevance in global affairs.

"By strengthening its relationship with African countries, Iran is trying to overcome its de facto isolation," Walter Posch, a researcher at the German Institute for International and Security Affairs in Berlin, told Deutsche Welle.

Vakil agrees: "Iran is always trying to expand its areas of diplomatic and economic influence to counterbalance against its own isolation," she said.

In spite of all its efforts, Iran's success at extending its influence in Africa remains unclear, "perhaps with the exception of Sudan where there are Iranian cars," Posch said.

With a reduction of military aid from China and Russia, Sudan two years ago turned to Iran for help and signed a bilateral agreement that includes military cooperation with the country. At a meeting late last year with Iranian Foreign Minister Manouchehr Mottaki, his Sudanese counterpart, Deng Alor, openly voiced his country's support for Iran's nuclear ambitions.

Iran's nuclear ambitions are a threat to stability in the Middle East, and naturally its progress in Africa is being closely watched by Israel. In addition, Israel wants to counterbalance Iranian and Islamic influence in Africa, especially in the Horn of Africa which has a coastline with the Red Sea - a gateway to the Suez Canal. Therefore, Israel has tried to establish friendly ties with the only non-Islamic county in the Horn of Africa, Ethiopia, which has also used Israeli military aid to counter Islamic militants in the southeast region which borders Somalia. 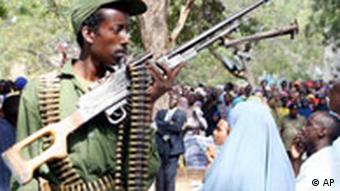 Israel sees Iran’s inroads in Africa (especially in Sudan) as a threat to its ability to garner African support at the UN, and also as a threat to regional stability in the Horn of Africa because Iran’s advances contribute to the growth of Islam in the region.

In an attempt to counterbalance that perceived threat, Israeli Foreign Minister Avigdor Lieberman visited Ethiopia, Kenya, Uganda, Ghana, and Nigeria in September 2009, and pledged Israel’s support for these countries by promising development and economic aid.

By and large, Iran's efforts at establishing better relations with African countries have remained largely ignored by the EU.

Javier Perez, the political advisor to the EU Special Representative for Sudan told Deutsche Welle that "Sudan is a high priority of the EU foreign policy in Africa, but the interest of Iran in Africa is not being followed as of yet."

According to Posch, Europe's current stance may be due to the fact that Iran's trade and economic cooperation with Africa pales in comparison to that of other countries like China, the US, and some European nations.

Neverthless, Johns Hopkins University Researcher Vakil feels that "the Europeans should be watching this because it is happening in Europe's backdoor."

As EU members unify their stance, the US is lining up members of the international community to punish Iran for its nuclear program. With France as chief of the UN Security Council, a showdown could come soon. (08.02.2010)