Iran in 2009: A year of social upheaval and international defiance | World | Breaking news and perspectives from around the globe | DW | 23.12.2009

A disputed presidential election, months of unrest and violent protest, and a continuing face-off with the West over its nuclear plans: Iran faced a year of upheaval in 2009. DW-WORLD reviews the most important events. 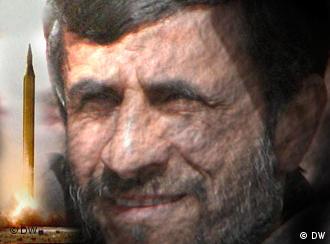 It was fitting that one of the most tumultuous years in the history of modern Iran coincided with the 30th anniversary of the Islamic Revolution. Three decades on from the uprising that brought down the monarchy and replaced it with an Islamic republic under Ayatollah Ruhollah Khomeini, Iranians were again out on the streets demanding change. This time however, there was no overthrow and the potential for a second revolution was crushed under the batons of the authorities.

Iran began 2009 much like it had started the majority of the years since the ayatollahs took charge in 1979 - as a foe of the United States. Despite the prospect of a more liberal president in the White House, Iran was still a concern for the US due to its continued reluctance to yield to international pressure over its nuclear program.

But in March, President Barack Obama reached out to Iran, saying that his new administration was committed to pursuing "constructive ties" with the Islamic republic and stressed that "the United States wants the Islamic Republic of Iran to take its rightful place in the community of nations." 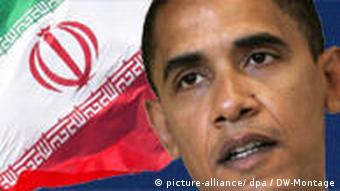 Obama reached out to Iran and offered a diplomatic route

Tehran welcomed the olive branch but President Mahmoud Ahmadinejad urged Obama to back his words with concrete action to repair past mistakes. "If Obama shows willingness to take action, the Iranian government will not show its back to him," a statement from Tehran said.

"Obama's speech was initially portrayed as a victory for Ahmadinejad," Dr. Henning Riecke from the German Institute for International and Security Affairs (SWP) told Deutsche Welle. "It was presented as a result of Iran's tough position; that the US had been forced into concessions and that US policy toward Iran had failed. So Ahmadinejad's supporters embraced this. It was also welcomed by the young political elite who want more open dialogue with the US and want positive relations. So, for different reasons, it was widely well-received."

It was a ray of light in what had been a dark history between the two countries for many years. However, the events of June 2009 would extinguish that light and return the United States and Iran to a relationship based on suspicion and distrust.

The Iranian presidential elections in June pitted four candidates against each other: President Ahmadinejad, Mehdi Karroubi, Mohsen Rezaei and former Prime Minister Mir-Hossein Mousavi. But as unprecedented numbers of voters went to the polls it became clear that it would be a two-man race between Ahmadinejad and Mousavi in what was shaping up to be no ordinary election.

As the votes were counted, Iran became increasingly split between those who wanted Ahmadinejad, the fiery hard-liner who had castigated the West and denied the Holocaust, and those calling for change under the reformist Mousavi, a champion of dialogue with the West, more freedoms for Iranians and a greater role for women in the country. With the incumbent's supporters quietly confident behind the doors of power, Mousavi's took to the streets in huge numbers as they had done in the weeks leading up to the vote.

When the Islamic Republic's election commission announced that Ahmadinejad had won more than 63 percent of votes against 34.7 percent for Mousavi, the reformists cried foul play and set in motion nearly two months of protest rallies against the government.

The green-clad supporters of Mousavi filled the streets of Tehran, often clashing with security forces which soon came under orders to suppress demonstrations by any means necessary. The world watched as the opposition fought to overturn what they believed to be a rigged election, secretly relaying news of their protests to the outside world via the internet.

"The 2009 presidential elections were not unprecedented in terms of the suspicion over the result," Dr. Walter Posch, senior researcher at the Institute for Peace Support and Conflict Management in Vienna told Deutsche Welle. "There were similar claims in 2005 but there was not so much opposition then. This time, the people thought that the government had gone too far, that they had been too blunt and aggressive. It was clear that the regime’s image was badly affected by the election."

Eventually, the opposition was forced from the streets. At least 20 protesters had been killed and more than 1,000 arrested.

"It's hard to say what long-term effect the protests and the opposition will have on the structure of Iran," said Henning Riecke. "There is an established elite of loyalists still in positions of power but perhaps if the core nucleus of the opposition continues to question the government and call for change, and if there are persistant protests, there may be a chance of reform."

Read more about the impasse between Iran and the West

As Iranian forces continue their violent crackdown on opposition protesters in the wake of recent presidential elections, authorities in Tehran have accused Western governments of fueling the unrest. (23.06.2009)

US President Barack Obama has extended an olive branch to Iran in a bid to end decades of distrust and animosity. The EU's foreign policy chief voiced hope the message will usher in a new era in international relations. (20.03.2009)