Iran's parliament speaker says the West should push for a nuclear deal and stop focusing on how many nuclear centrifuges Tehran has, to build goodwill and confidence. More negotiations are expected later in the day. 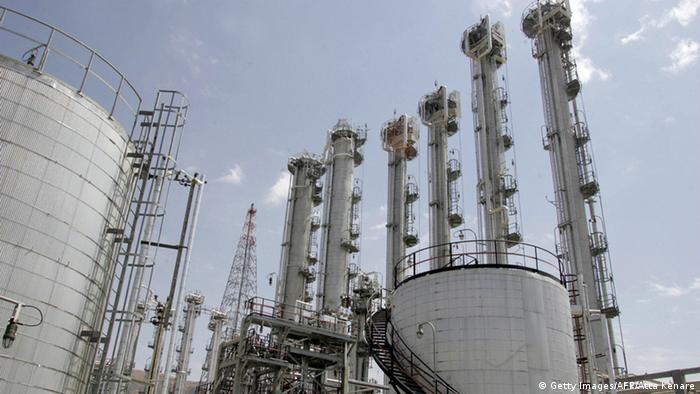 Iranian lawmaker Ari Larijani pushed for the West to come to an agreement on a nuclear deal, saying that doing so would build confidence between both sides in other matters, such as fighting the extremist "Islamic State" (IS) group.

"There is not a natural, direct link between the nuclear talks and the situation in the region," he said in Geneva on Wednesday.

"But they can be linked because there is confidence to be built here," said Larijani, formerly Iran's top nuclear negotiator.

Negotiators should not get hung up on the "trivial matter" of the number of centrifuges operated by Tehran, Larijani said, and instead should push for a deal.

His comments come as US Secretary of State John Kerry was due to meet Iranian Foreign Minister Mohammad Javad Zarif in Vienna. The pair are trying to advance nuclear talks ahead of a November deadline to reach a deal.

Tehran and world powers have been trying for almost a year to negotiate a permanent solution to the program, after extending their deadline this July.

Iran insists its nuclear program is for peaceful purposes, namely energy production, but world powers are worried it may be designed to develop atomic weapons.