Iran has signed a memorandum of understanding with French energy giant Total on the development of a major offshore gas field. It's the first deal of its kind since the lifting of most sanctions against Tehran. 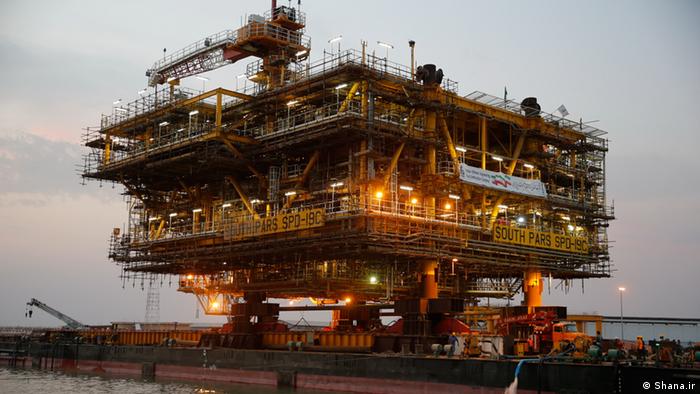 Iran on Tuesday inked a memorandum of understanding with France's Total to develop a major gas field. It marks the first big contract with a Western energy firm since the lifting of most sanctions against Tehran.

Total said it would lead a consortium including China National Petroleum Corporation and Iran's Petropars to develop Phase 11 of the South Pars field.

The offshore field in question is shared by Iran and Qatar in the Gulf and contains some 14,000 billion cubic meters of gas, that's 8 percent of the world's known reserves.

Back to square one

Total's head of Middle East exploration and production, Stephane Michel, said overall investment would amount to $4.8 billion (4.3 billion euros), with the development and operation of the project due to last two decades.

The final agreement would be signed early next year, Michel noted.

It would mark Total's return to Iran, some four years after the company pulled out when France joined EU partners in imposing sanctions over Tehran's nuclear program.