Iran is actively courting business investment from German companies, offering "guarantees" to those willing to take the plunge. Its aim: to offset financial damage resulting from its rogue image. 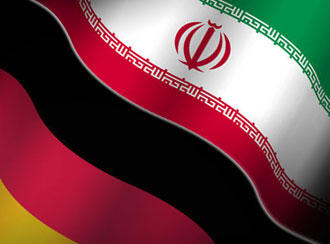 Small and medium-sized German companies are of particular interest to Iran, the FTD said

Despite political pressure from the German government, Iran is making the round of German firms, courting business partnerships.

"We will give guarantees for their investment," acting Iranian Foreign Minister Mehdi Safari told the Monday, Aug. 18, edition of the daily Financial Times Deutschland. "We are open for any and all business."

Safari did not clarify exactly what kind of business guarantees were meant.

The country is particularly seeking small and midsize firms, which are less likely than large firms to be able to secure their own investments, the FTD explained. 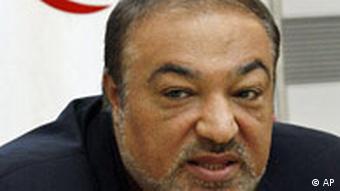 Doing business with Iran is not an obvious choice, especially for German companies. Germany is one of six nations leading international efforts to halt Teheran's nuclear enrichment program. Tehran insists the program in solely to produce electricity, while many in the West believe it is a cover to build nuclear weapons.

Earlier this month, the Siegen concern Steiner caused a sensation when it said it would sell three liquefied natural gas plants to Iran. Although regulators gave the deal a green light, the USA and Israel, among others, were severely critical.

German companies have kept a discreet eye on the deal ever since it became known through the Iranian media. Steiner's 2007 sales in Iran were valued at 3.6 billion euros ($5.3 billion), according to the FTD.

Germany has long been one of Iran's largest European trading partners.

Safari, who is responsible for Iran's foreign ministry's ties to Europe, said Germans interested in doing business with Iran were welcome to do it as far outside of the public eye as possible.

"You can get the job done without advertising it," he told the FTD.

Big companies, too, could conduct business with Iran while avoiding public criticism -- regardless of Western sanctions, Safari added.

Safari said he plans to come to Germany in the next two months to drum up business.

Iran and the European Union reiterated their willingness to resume talks on the dispute over Iran's controversial nuclear programs, according to the ISNA news agency. (11.08.2008)

Germany has called on its firms to show sensitivity in doing business with Iran following Israel's criticism of a German-Iranian gas deal, saying it violated the spirit of sanctions against Iran over its nuclear program. (06.08.2008)

Iran's refusal to halt nuclear work and respond to a new package of western incentives has led to the US and Britain threatening UN sanctions unless Tehran gives an "unambigious and positive" answer by Tuesday. (04.08.2008)