The international media has many takes on Monday night's tragic events in Berlin. One thing has been clear in all the commentaries that have been written: the challenges are huge. 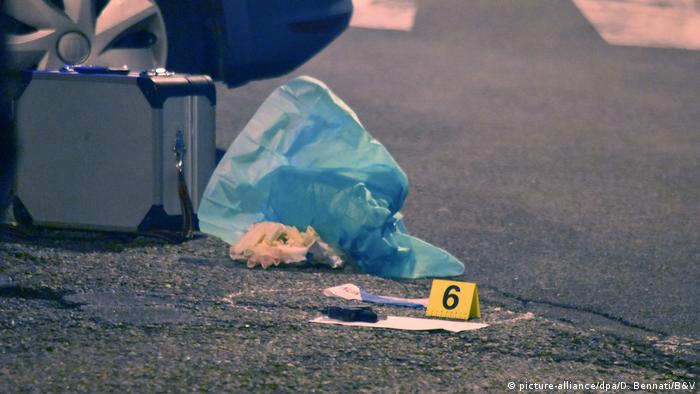 The journey of alleged terrorist Anis Amri ended near Milan - on a slab of asphalt in the municipality of Sesto San Giovanni, to be exact. "His corpse," writes the Italian newspaper Corriere della Sera, "is the emblem of a crazy and tragic journey that began five years ago and stands for many aspects of the new threat we face. Maybe he even represents all the aspects." The corpse on the street stands for illegal immigration, religious radicalization and terrorism. Added to this is the incapability of German authorities to send people like Anis Amri back to their home country. "And so a person who was classified as dangerous by security forces was able to maintain his contacts with other militants, who probably helped him in the mobilization phase of this deed."

Anis Amri is also a symbol of a global problem, writes the newspaper La Repubblica. "It is terrorism that can unexpectedly hit any place: France, Belgium, Germany, the USA, India, Indonesia and the Philippines. The terrorists' motives are linked to the size of the Islamic community in the country they live in, the degree of integration, and the competence of security forces." But there is one more phenomenon, writes Repubblica: the banlieue, meaning the impoverished suburbs of large cities. This is where many uprooted people live. It is home to "the fight of an angry class whose members find terrorism appealing."

At the same time, the biography of the terrorist Amri also sheds light on the situation in Tunisia. The North African country can tell two stories, writes the British Telegraph. On the one hand, there is the story of the revolution that has led to happy and successful democratic conditions. "The other is about how a generation of young men and women have been marginalized and subjected to the threat of radicalization over many years. Many Tunisian people are reluctant to tell these stories."

Instead, they prefer to point out the seductive power of international jihadism. But this does not absolve them of responsibility. Amri's career reveals something else, says the Telegraph, "which is the ever closer link between crime and radicalization, two areas that are increasingly overlapping." 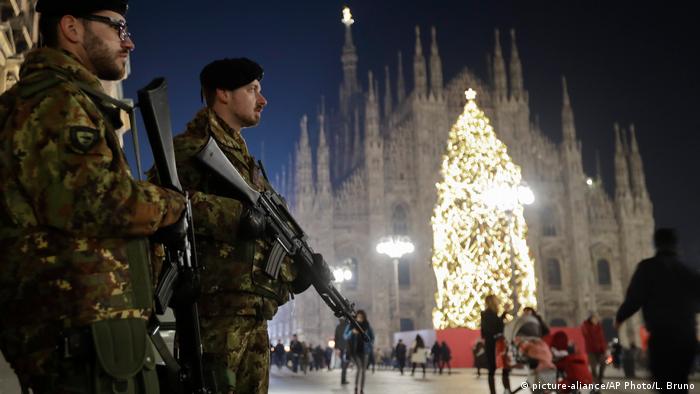 The London-based Arabic newspaper Asharq al-Awsat says that material conditions initially disappointed many refugees in Germany. "The large halls in which they live are hardly suitable for a decent life. Hundreds of people sleep in makeshift accommodation - windowless rooms, which although cleaned and well-maintained, have walls that are not high enough to close off the individual bunk beds entirely and therefore allow even the slightest noise to resound throughout the hall."

It is actually quite easy to find a story to explain the terrorist attacks. "The story of a dangerous journey though the Balkan route to Germany, the long wait for decisions being made by overwhelmed authorities, a joyless existence in a defunct airport without prospects of finding work, combined with petty crime, Islamist propaganda on the internet, and at the end, the attack."

It is an attack that also upset Tunisians, according to the website G Net. "The news gives you goose bumps. The shock is collective; there is general anger. The name of a Tunisian has been added to the list of those who spread fear through international terror. Helpless and powerless, we can only be ashamed for those who sully our reputation in front of the entire world."

The Arabic language newspaper Al-Araby Al-Jadeed writes that the attacks could have other consequences. "It feeds the fear of Europeans that their countries are no longer safe from terrorism, which is increasingly threatening them. The series of attacks with dozens left dead could indeed undermine the sense of security. That leaves governments with the difficult task of striking an appropriate balance between peace and freedom."

And this, in turn, poses another danger. "The first beneficiaries of these events are those who polarize European societies: the right-wing extremists and the slander campaigns against Muslims. All indicators point to the fact that right-leaning parties will be sitting in European parliaments after the coming elections."

But it hasn't come to that yet, Asharq al-Awsat, one of the largest Arabic-language papers in the world, assures its readers. "The incident will not change the vibrant, unsentimental and mostly tolerant atmosphere in Berlin, this wild and mischievous city. Berlin will mourn, as it has so often in the past, and then it will move on."

The Spanish paper El Pais assumes that Angela Merkel sees things this way too. She too is aware of the seductive powers of the selected information populists present. "But she also knows that they do not deal with the root of the problem; so she confronts them with the force of moral conviction, no matter how unpopular it may be. By doing so, she is turning into the only political leader worthy of the title."

At the same time, European states face great challenges, writes the Spanish newspaper El Mundo. This also applies to safety measures. "But we must not forget that absolute security is impossible." The roughly 22,000 potential jihadists – according to estimates made by security services in Europe – show us the scale of the danger we face."