Bike-sharing company Obike has filed for bankruptcy in its home base of Singapore. The result: Thousands of stranded silver-and-yellow bikes, many of them broken, clogging sidewalks in cities world-wide. 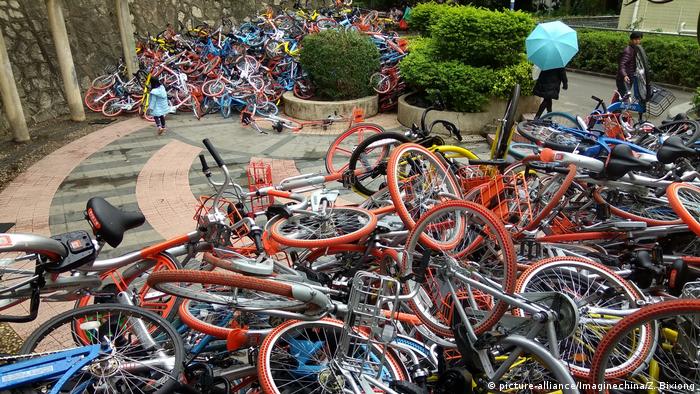 Bike-sharing companies have been competing fiercely for market share, and some have been losing money in the process. In a number of German cities, the dockless rental bicycles provided by Singapore-based Obike are proving especially problematic. Scattered around the sidewalks of various major cities, they're often in the way of pedestrian traffic and they're frequent targets of vandalism.

The company's managers have promised to remove all or at least some of the bikes in several cities. But so far, not much has happened to fulfill the company's promises, according to Munich's municipal cycling coordinator, Florian Paul.

"That's a big irritation. We've been trying for weeks and months to reach someone at Obike who will look after clearing away the bicycles," Paul said. Obike was instructed by the municipality to reduce its Munich fleet of bikes to 1,000, but some 3,000 are still scattered around the city, Paul added.

Obike was founded just last year, and its bikes can be found in several European cities. The job of collecting the excess and abandoned bikes has been allocated to a Swiss transport company called Umzug 24. However, locating the bikes is proving difficult, because the user app no longer works properly, according to Umzug 24 employee Sercan Ocar. 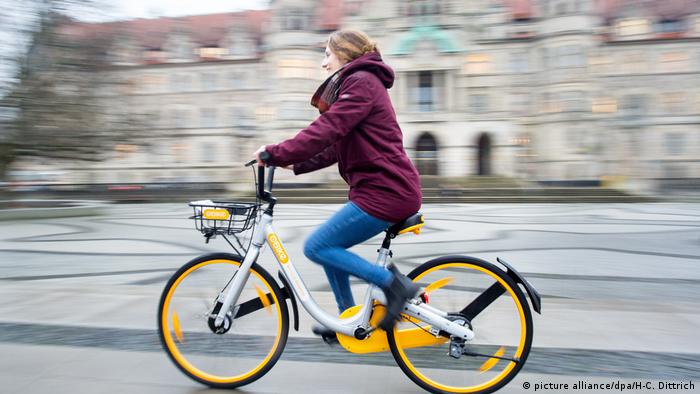 A rider on an Obike in happier, pre-insolvency days

Obike has registered for insolvency in Singapore, but according to a statement made by the company in June, this would have no effect on its business in other countries.

German clients of the bike-sharing company are required to pay a "refundable" €79 ($92) deposit, according to Obike's website. A speaker for Germany's consumer protection agency, VZBV, said on Tuesday that the bureau was unaware of consumer complaints against Obike at present. Nevertheless, other German and European cities have been reporting problems.

In Hanover, according to a speaker for the municipal government, no one has been reachable at Obike's offices since Thursday last week. In Frankfurt, the company has not been removing improperly parked bikes and the company has become increasingly hard to reach, according to the city's traffic department.

Obike announed in June that it would pull out of Frankfurt, and the last time the city heard something from the company was last Wednesday. At that time, Obike said it would look for a service company to clear an estimated 1,200 Obikes out of the city. 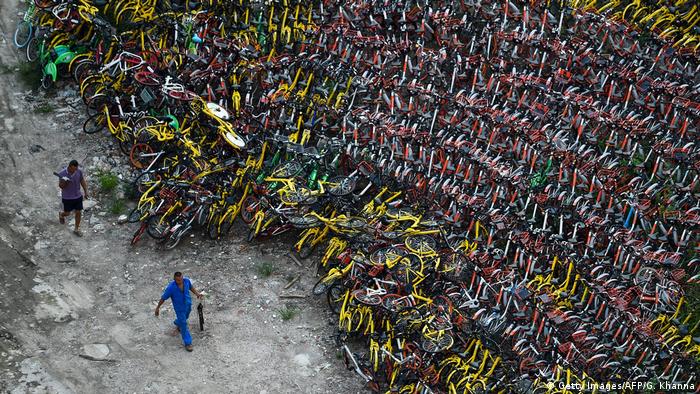 Abandoned share bicycles stored at a temporary parking lot in Shanghai in August 2017. The bike-sharing industry has grown very fast, as several companies have battled for global market share over the past two years

In Munich, the municipality has gone one step further and asked for legal advice on what options the city has to reclaim costs associated with clearing away the bikes. Given that the bikes have legally not been abandoned, and are not city property, the municipality isn't allowed to simply remove them.

In Hamburg, Obike had tried to enter the bike-sharing market since mid-2017, according to the municipal traffic administration. But the effort fell flat — the operation never got off the ground in the port city. But there is nonetheless someone who has been left with a problem: Harald Ploss, who rented out a warehouse to the company to store about 10,000 Obikes.

The warehouse, situated in the town of Barsbüttel near Hamburg, is now clogged with bikes, which Ploss would like to be rid of so that he can rent out the warehouse to a new client — but Ploss told DW that he has been unable to reach anyone at Obike to make the necessary arrangements. 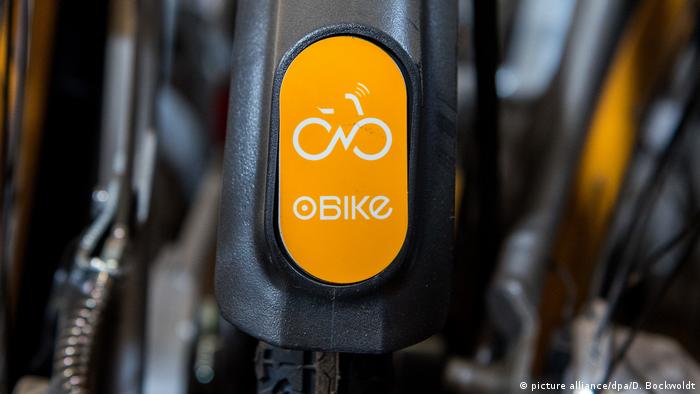 Vandalism, parking chaos and poor fleet management are some of the problems plaguing the bike-share industry

In Berlin, there are still Obikes that are actually rideable, though the city's traffic administration doesn't know exactly how many. "The last contact we had with Obike was in April, but since then we haven't tried to contact them," a speaker for the department told DW. Adding that he had no information on whether Obike intended to pull out of the city.

In Rotterdam, Obike has already reduced its initial fleet of 2,500 bicycles to 700. Broken or abandoned bicycles are collected directly by the city's own traffic managers. In Vienna, Obike has discontinued its operations, but has not yet removed its bikes.

In Zurich, where Umzug 24 has its headquarters, things are working out better than in most other cities. According to Mike Sgier, a city spokesman, the process of clearing out the fleet of abandoned bikes has been going smoothly since Obike discontinued its Zurich operations in June.