Innsbruck is looking to host the Games for an unprecedented third time. The idea is to organize a cut-rate Winter Games using mostly existing facilities. However, the proposal could easily be voted down in a referendum. 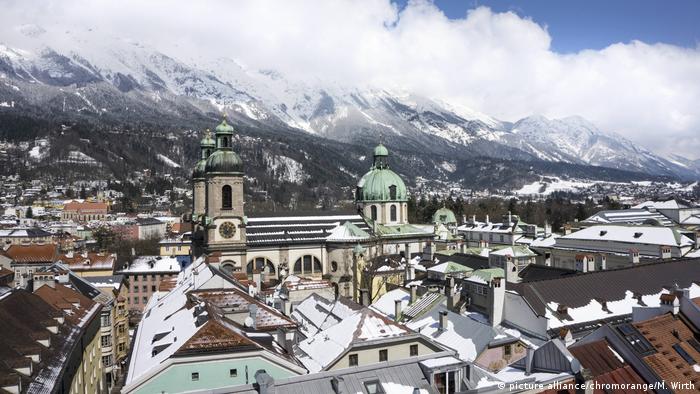 The authors of the feasibility study that was unveiled to the media on Wednesday didn't skimp on the superlatives either. Stefan Klos of the Frankfurt-based Proprojekt consultants' office, which previously worked on the Hamburg 2024 and Almaty 2022 bids, said that by applying for the 2026 Winter Olympics, Innsbruck would be kicking of an entirely new era.

"Innsbruck and Tyrol have the potential to be a pioneer of modern, sustainable and moderate Winter Games," reads the feasibility study report.

These would be of a much smaller scale than recent Winter Olympics. Not a single new building would have to be constructed, there wouldn't even be an Olympic stadium as such, and the events would be staged all over the region, even across the border in Germany. 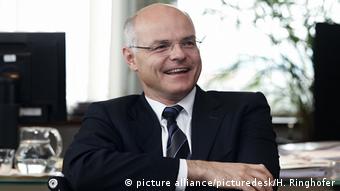 However, the state premier is much more cautious, knowing that not only would the organization have to win over the IOC, but also a Tyrol-wide referendum on October 15. Similar referendums killed  proposed Olympic bids from Graubünden, Munich, Hamburg, Krakow and Stockholm.

Speaking to DW, Platter described the 137-page feasibility study as "a legitimate basis for the vote on October 15." However, he also conceded that voters would ultimately deliver a "gut decision" at the ballot box.

His coalition partners, the Greens, have also said people are bound to use the referendum to express their view on whether or not the IOC is completely corrupt.

However, Stoss believes that the IOC's tarnished image can work in Innsbruck's favor, as he has had indications from the organization's headquarters in Lausanne that there is now a clear desire to bring the Olympics back to the location that hosted the 1964 and 1976 Winter Games.

In fact, Innsbruck's proposed application is strikingly in line with the IOC's Agenda 2020. Many of the facitlities already exist and are good to go, as we recently saw with the World Biathlon Championship. Instead of building a new ice rink, the arena at Inzell in Bavaria would be used for hockey and figure skating. In fact almost 70 percent of the events would be held outside of Innsbruck itself. 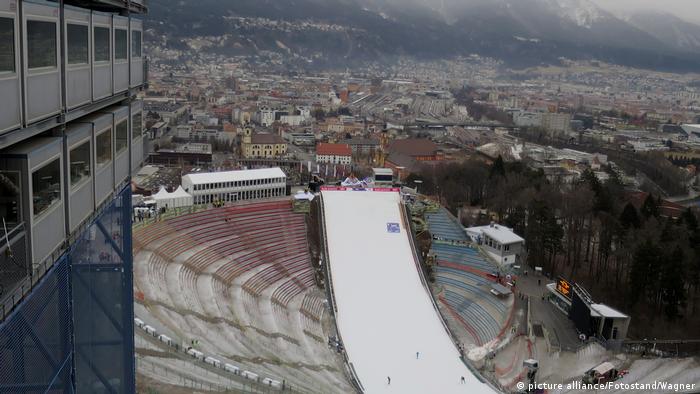 The organizing committee's budget has been set at 1.175 billion euros ($1.131 billion), well below the average for recent similar organizations. No new transportation infrastructure is planned either. The athletes' housing that would be built for the Games, would later be converted into low-cost housing, something that Innsbruck is in need of anyway.

Bobsleigh team split down the middle

Now, said the Austrian Olympic Committee' Stoss, it is up to the politicians to generate enthusiasm for the bid, after previous referendums failed in 1993 and 1997. This one could go either way. In an opinion poll conducted for local paper the "Tiroler Zeitung" a few months ago, 41 percent of those surveyed said they were in favor of the bid; 29 percent were against and 32 were undecided.

The issue is so decisive that it has spilt the Austrian two-man bobsleigh team that competed at the Sapporo Games in 1972. Fritz Dinkhauser, who is now a politician, is dead set against the bid, and has taken out radio ads to spread his message.

"The money would be better spent in the villages, on kindergartens and hospitals," the now 77-year-old tells listeners.

His former teammate, Werner delle Karth, who recited the Olympic oath at the 1976 Games, sees things differently. "What would Innsbruck be without the Olympics?" he asked.