Famous fashion photographers Mario Testino and Bruce Weber have been accused of assaulting male models over a period of decades. Vogue publisher Conde Nast has said it is cutting ties with both men. 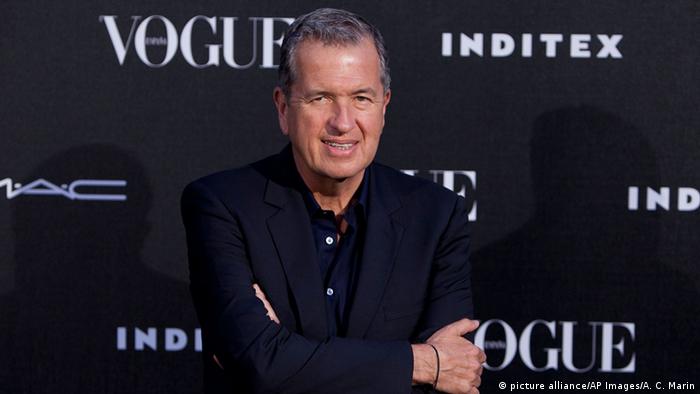 More than a dozen male models accused veteran fashion photographers Mario Testino (pictured above) and Bruce Weber of sexual harassment on Saturday. In interviews with the New York Times newspaper, the men recalled systematic abuse of power and intimidation at the hands of the two photographers.

"He was a sexual predator," said supermodel Ryan Locke of the 63-year-old Peruvian native Testino.

Testino has worked with major fashion labels like Chanel and Versace, and his work for magazines like Vogue and Vanity Fair has gained him international renown. He photographed Princess Diana, and was asked to do the engagement photoshoot for Prince William and the Duchess of Cambridge.

His picture of tennis superstar Serena Williams and her infant daughter is set to appear on the cover of February's edition of Vogue magazine.

'Harassment was a constant reality'

The allegations from Testino's 13 accusers span decades. According to Locke, at a shoot in the late 1990s, Testino asked his team to clear the room and then climbed on top of him.

Bruce Weber, 71, is known for his provocative campaigns for brands like Calvin Klein and Abercrombie & Fitch. He has been accused by 15 former models and co-workers of inappropriate behavior.

Model Robyn Sinclair said that while he never had sex with Weber, he suffered "a lot of touching. A lot of molestation," at Weber's hands.

Lawyers for both photographers said they were "dismayed and surprised" by the claims. Through his attorney, Weber categorically denied any wrongdoing. 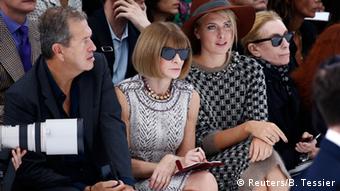 Vogue publisher Conde Nast announced that it was severing ties with both men.

"We are deeply disturbed by these accusations and take this very seriously. In light of these allegations, we will not be commissioning any new work with Bruce Weber and Mario Testino for the foreseeable future," read a joint statement from CEO Bob Sauerberg and Vogue editor Anna Wintour.

Conde Nast has also announced new rules to protect models from harassment. The new rules include hiring no models under 18, prohibiting alcohol at photoshoots, and not allowing models to be alone on set with photographers, the New York Times reported.

Banned from giving courses in early December, the head of New York's City Ballet has now retired but still contests the charges. (02.01.2018)

Italy's former prime minister said that "women are happy if a man tries to seduce them." The 81-year-old was previously put on trial for sleeping with an underage nightclub dancer. (11.01.2018)