He's one of Europe's most successful contemporary artists. The documentary "Neo Rauch - Gefährten und Begleiter" by Nicola Graef offers insights into the life of the media-shy star of the New Leipzig School. 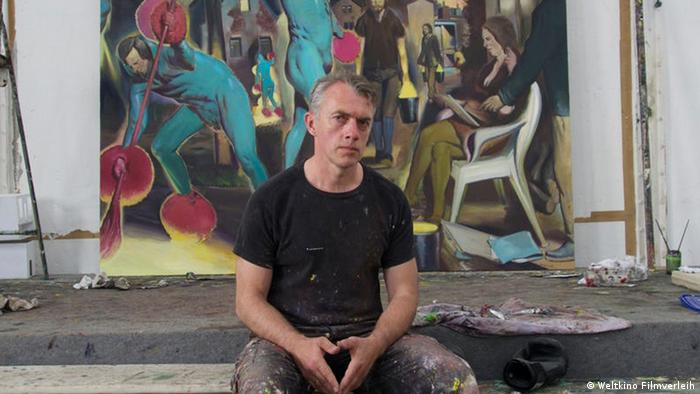 What she discovered was an extremely modest person who goes to his studio every day at the same time, just like a laborer punching the clock. "Nothing whizzes past him," Graef said in an interview with DW. "You notice that in the way he works. He is a very concentrated person who completely focuses on things."

It doesn't bother him when someone watches him work. He has none of the airs some artists have, none of the vanities. Only when he can't move a heavy canvas will Rauch show his irritation on camera, but it's short-lived. There's an admirable calm about him - and does not allow himself to be deterred, loyal to his typical style of socialist realism of the Leipzig School.

His large-scale canvases are inhabited by enigmatic characters, eerie scenes and dark fantasy-like figures. He paints what's in his head, further develops his idiosyncratic style, goes through phases of employing different colors, stoically and unwaveringly. 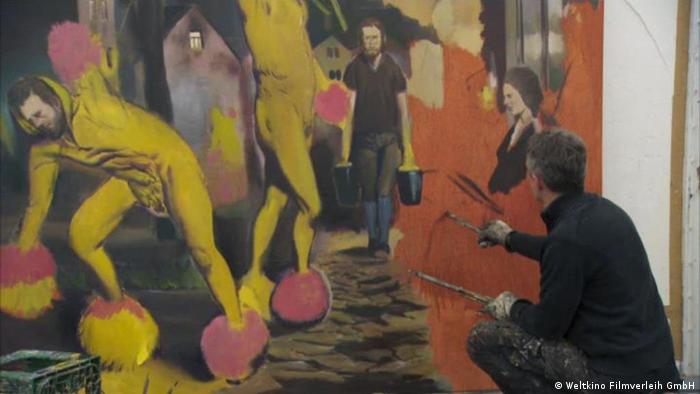 Rauch's images are enigmatic and unusual

Collectors from around the world vie with each other to buy his paintings, and his exhibitions are usually sold-out events. That disconcerts Rauch, and that's also what makes him so unbelievably likeable, said Graef.

Neo Rauch as a person takes center stage in Graef's documentary: as a painter, an artist colleague, a father, the husband of successful painter Rosa Loy, as a friend of Harry Lybke, the gallery owner who represents him, and as a friendly conversation partner to collectors and other art lovers.

The film takes us on an amazing journey of discovery: What characterizes this unique global phenomenon that is Neo Rauch? What are the artistic roots of his unconventional painting? Why is he so calm and collected, despite his international fame? For the first time in years, Rauch speaks in front of the camera about these topics, but also about the wounds and emotional chasms that have preoccupied him all his life.

Neo Rauch was born on April 18, 1960 in Leipzig. He grew up with his grandparents, after losing his parents in a tragic train accident when he was just four weeks old. "He has felt that void his entire life," Graef noted. "Since he is such an extremely sensitive person, all of that emotion is laid bare. And you can see that in his pictures."

The artist studied at the Academy of Fine Arts in his hometown of Leipzig, and the school became his artistic homeland. As of 1986, he was a master student under and later assistant to Arno Rink. Those experiences had a profound effect on the young student. 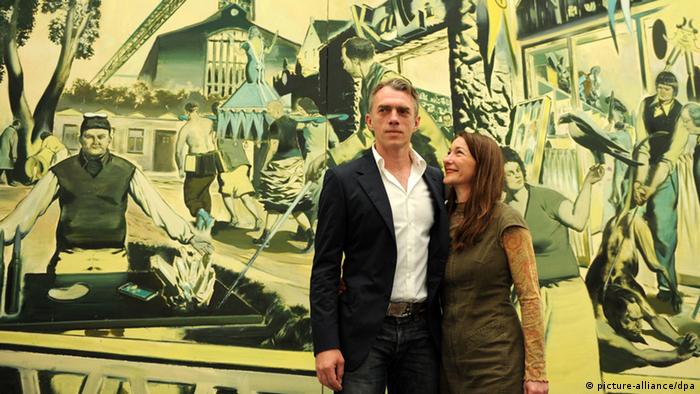 Rauch with his wife Rosa Loy, also a painter, in front of his work "Kalimuna"

His apocalyptically inhabited works made a fast splash in the art world and, early on in his career, were shown at major museums in Basel, Maastricht, Munich and New York. He became famous quickly, his pictures taking their place in private and public collections.

From 2005 to 2009, he was a professor at the Academy of Fine Arts in Leipzig. That was an important part of his life that meant a lot to him, noted Graef.

As a painter, Rauch maintains the down-to-earth manner typical of eastern Germany and stays loyal to his style, his friends and his hometown - and to gallery owner, Harry Lybke, who has represented him all these years. All of them accept him the way he wants to be.

"He is someone who permeates everything. That's why he's in his own cosmos - in himself, in his painting, in his studio," said director Graef, reflecting on filming with the artist. "That's why you sometimes get the feeling that he's not of this world. But maybe that's also why his pictures are so powerful."

Her documentary gives viewers a glimpse into the world of thought behind Neo Rauch's pictures. It's a strong film, its images shot with sensitivity and arranged in an entertaining manner. It hits movie theaters on March 2, 2017.

The gallery below revisits some of the most important artists of the Leipzig School.

Neo Rauch is the shining star of the New Leipzig School. His paintings, drawings and prints are hot in demand on the international art market. Key works are currently on show in Berlin. (02.10.2015)