Indonesia's most active volcano erupted twice on Sunday, spewing ash thousands of meters in the air. The last eruption of Mount Merapi in 2019 killed more than 300 people. 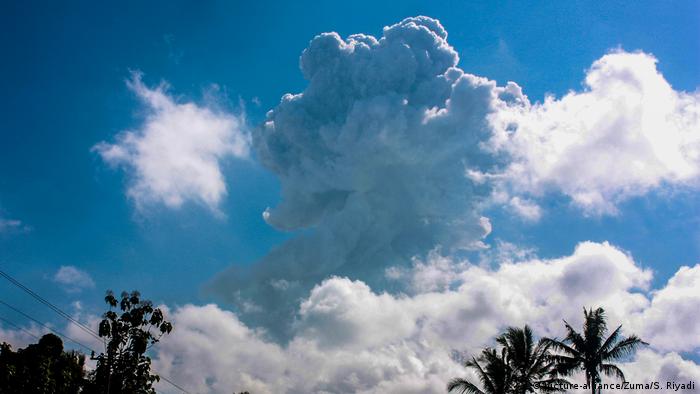 The eruptions caused gray ash to rain down on some of the villages on the slopes of the 2,930-meter high volcano near Indonesia's cultural capital, Yogyakarta.

The two eruptions lasted around seven minutes. No injuries or fatalities were reported. The volcano last erupted in March.

Local authorities ordered residents out of a 3-kilometer no-go zone around the crater. 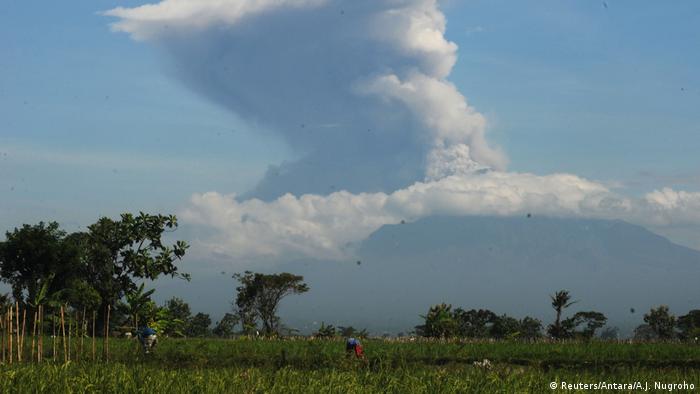 Following the eruption, the geological agency advised commercial planes to proceed with caution in the area, but did not raise the volcano's alert status.

The volcano's status level has been on caution — the second-highest level in a four-tiered system — since May 2018, when a series of eruptions produced hot ash columns as high as 5.5 kilometers.

Mount Merapi's last significant eruption was in 2010. At the time, more than 300 people were killed and some 280,000 residents were forced to evacuate the surrounding areas.

Indonesia is located on the Ring of Fire, a vast area around the Pacific Ocean where many tectonic plates meet. It consists of over 17,000 islands and islets — and nearly 130 active volcanoes.

Researchers have discovered an interesting similarity in two of the largest recent earthquakes in Japan and Chile: a strange large-scale ground movement back and forth in the months leading up to the quake. (29.04.2020)