Counterterrorism experts arrested three suspects after an alleged terror attack in Jakarta. The incident raises concern about the influence of the so-called "Islamic State" (IS) in the Muslim-majority country. 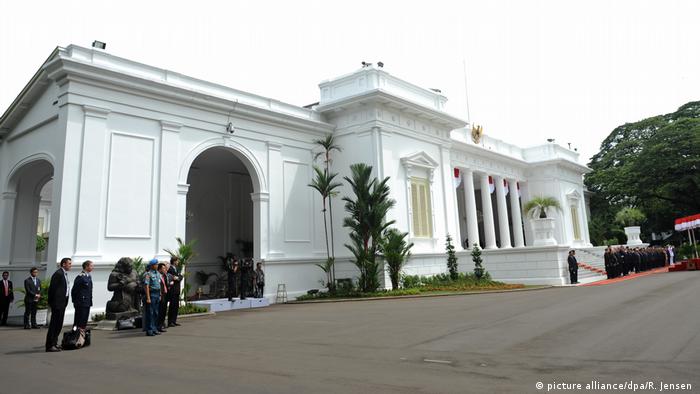 The three suspects were arrested on the outskirts of the capital on Saturday, shortly before an alleged terrorist attack was to be carried out this weekend, authorities said.

The arrests have already raised eyebrows among many in Indonesia as one of the suspects is a woman. That has raised fears that terrorist networks in the country are now using female recruits to carry out attacks.

"This marks a new chapter of terrorism in Indonesia, where the suicide bombing was to be carried out by a woman," a terrorism analyst said on Indonesia TV, according to the Associated Press.

The arrest occurred in Bekasi after authorities raided a dormitory and found an unused bomb. Police said the attackers intended to detonate the bomb at the presidential palace (pictured above) during the changing of the guard. 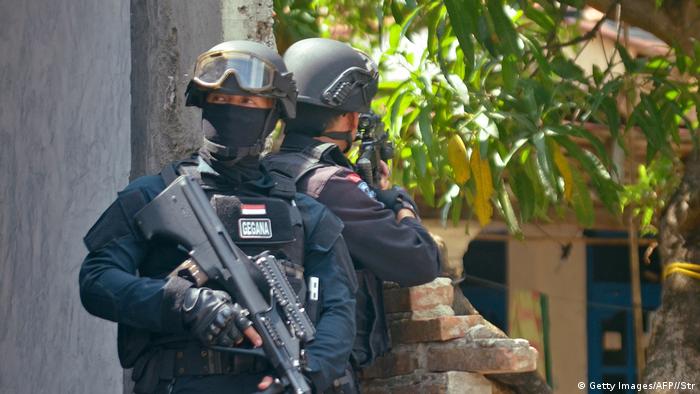 Indonesian police during an anti-terror raid in January

Authorities said that they had found a will belonging to the woman and that the document described her desire to take part in a suicide attack.

The three are suspected of being affiliated with the militant network Bahrun Naim, whose bomb-making lab was raided by authorities last month. Police also arrested 23-year-old Rio Priatna Wibawa, who was suspected of planning to carry out an attack on the Myanmar Embassy in Jakarta.

Indonesia, the world's largest Muslim-majority country, has been cracking down on potential security threats ahead of its New Year's celebration. Concern has risen over the influence of the so-called "Islamic State" (IS) terrorist group and its efforts to recruit locals for its cause.

According to authorities, IS has some 1,200 supporters in the country.

Indonesian police said last week's terror attack in Jakarta was planned and financed by the militant group "Islamic State." Among the 12 suspects arrested, one is thought to have organized the financing for the attack. (17.01.2016)

Police have arrested five people in connection with an attack on a church in Indonesia in which a small child was killed. They are looking into possible links to the so-called "Islamic State" (IS) group. (14.11.2016)