An earthquake with a magnitude of 7.1 was recorded on Thursday off the coast of an Indonesian island, with a short-range tsunami warning briefly issued in response. Its epicenter was more than 100 kilometers offshore. 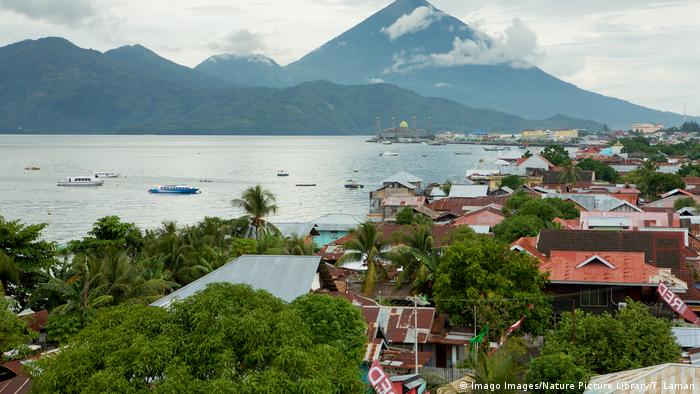 A large earthquake struck off the coast of Indonesia on Thursday. Initial measurements put its magnitude at 7.1, at a depth of 45.1 kilometers (28 miles).

The quake was recorded at 16:17 UTC/GMT, 11:17 p.m. local time, with its epicenter in the Molucca Sea 138 kilometers northwest of Ternate island, Indonesia, according to the US Geological Survey.

Indonesian authorities lifted a tsunami warning about two hours from when it was issued in the aftermath of the earthquake.

The warning was for a relatively small 300-kilometer radius around the epicenter.

No significant increase in sea levels

The Indonesian Meteorology, Climate and Geophysics agency (BMKG) announced early on Friday (local time) that it was lifting the tsunami warning.

BMKG previously announced the tsunami warning, however most of the officials working at Indonesian geological agencies predicted only a small rise in sea levels.

"Most likely a tsunami won't hit the land, but we still need to be on alert," Rahmat Triyono, a senior official at BMKG told the local Kompas TV.

Residents felt the quake "very strongly" and left their homes for higher ground, according to Indonesian Metro TV news broadcaster.

Earthquakes are common in the region — a magnitude 6.9 quake struck off Java island in August with a tsunami warning issued to residents in Jakarta, the capital city.

The last mile — What failed in the Sulawesi tsunami disaster

When September's tsunami struck the Indonesian island of Sulawesi, residents weren't warned in time. What failed? And what would have worked better? (09.10.2018)

A 6.5 magnitude earthquake has struck the capital city of Ambon in the eastern province of Maluku. Most of the victims were killed by the collapse of houses and buildings in an unprepared region with weak infrastructure. (27.09.2019)