The deadline to locate a missing Indonesian submarine before its oxygen runs out passed early Saturday with no sign of the vessel. Five nations are now participating in a massive search operation in the Bali Sea. 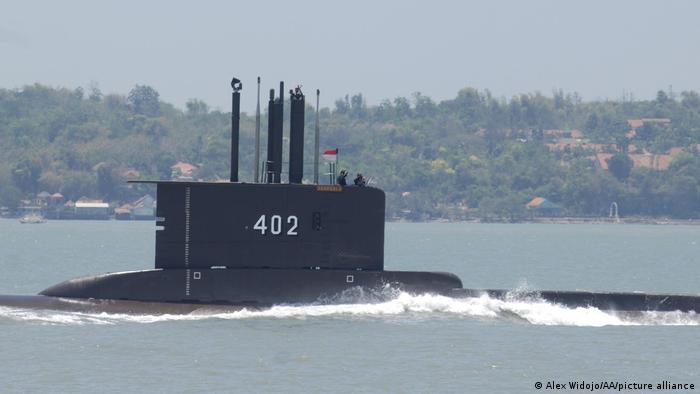 The frantic search for a missing Indonesian submarine with 53 crew members on board continued on Saturday as hope for a rescue wanes as the vessel's oxygen reserves are estimated to be almost depleted.

Hundreds of military personnel were battling against time to find the German-built KRI Nanggala 402, which disappeared in the Bali Sea on Wednesday as it prepared to conduct a torpedo drill.

Oxygen on the submarine is estimated to last only three days after losing power, a deadline that passed early Saturday.

"We will maximize the effort today, until the time limit, tomorrow at 3 am,'' military spokesperson Major General Achmad Riad had told reporters on Friday. A press conference is scheduled for later Saturday.

What do we know about the search?

Five countries, including  Australia, India, Malaysia, Singapore and the United States have sent specialized ships and aircraft to aid the Indonesian search.

The US is deploying a P-8 Poseidon aircraft on Saturday to assist. Malaysian and Indian ships are also expected to arrive on Saturday.

An oil spill was spotted during an aerial search in the area where the craft is believed to have submerged, indicating a possible fuel leak.

There were also concerns that the vessel could have broken apart as it sunk to depths as low as 700 meters (2,300 feet) — well beyond the depth it is designed to withstand.

The 44-year-old submarine is one of five in the island nation's fleet. The commander of the Indonesian submarine fleet is also on board.