The US and Australia are joining the search for a submarine missing off Bali with only hours left before it runs out of oxygen. The German-built Nanggala 402 is carrying 53 crew. 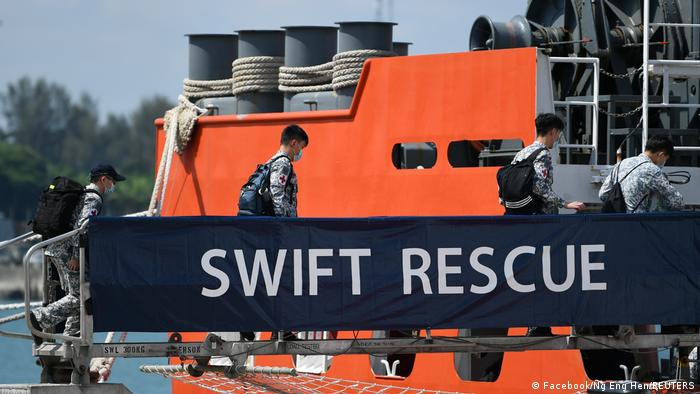 Indonesian navy ships on Friday stepped up their hunt for a missing submarine as fears grow that its 53 crewmembers might die from lack of oxygen.

Altogether, 24 navy and other ships, along with a patrol plane, are scouring the seas off the island of Bali. They were to be joined later by two Australian warships, while the United States says it has sent aircraft to help.

Singapore, Malaysia and India say they are also helping in the hunt. What happened to the submarine?

The KRI Nanggala 402 went missing after its last-reported dive off Bali on Wednesday.

The navy says it believes the vessel may have sunk to a depth of 600 to 700 meters (2,000 to 2,300 feet). That is well below the 200-meter depth that it is meant to withstand without collapsing, according to estimates by a South Korean company that refitted the vessel some 10 years ago.

The reason for the sinking remains uncertain. The navy has speculated that there may have been an electrical failure that has prevented the vessel from resurfacing. 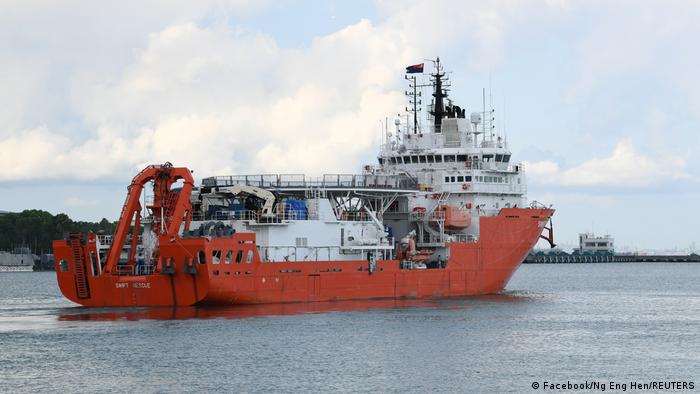 Officials said that an oil spill has been discovered near the vessel's last known position, though it is not certain that it emanated from the stricken sub. And unidentified magnetism has also been located in the search area at a depth of 50 to 100 meters, with officials hoping it might be the submarine.

The navy chief, Yudo Margono, has said that the submarine's oxygen supply was expected to run out by around 3 a.m. Saturday local time (1900 UTC). What do we know about the submarine?

The submarine was built in West Germany in 1978 and is one of five owned by the Indonesian armed forces.

The diesel-powered vessel is carrying a crew of 53 and has been in service in Indonesia since 1981, according to the Defense Ministry.

It was carrying out training exercises and had been scheduled to conduct live torpedo drills when it asked permission to dive.

Submarines from several countries have been involved in sometimes disastrous accidents in recent years.

In 2000, the Russian nuclear submarine Kursk sank in the Barents Sea owing to explosions on board. All of its 118 crew died, many of them from suffocation. Russia was heavily criticized for having only belatedly accepted assistance from other countries.

In 2018, the wreckage of a West German-built Argentinian submarine, the ARA San Juan, that had sunk almost a year before was found at a depth of 800 meters in the South Atlantic. All 44 crew members died in the disaster, thought to have been caused by a fire.

The seven-man crew of a Russian mini-sub was luckier in 2005 when their vessel was rescued nearly three days after snagging on fishing nets and cables in the Pacific Ocean. Their rescue came with just six hours of oxygen left to go.