Indigenous activists accuse governments of harassment | World | Breaking news and perspectives from around the globe | DW | 29.04.2012

Indigenous activists in Bolivia and other Latin American countries who take to the streets to protest the exploitation of their ancestral homelands face repressive measures and charges of terrorism. 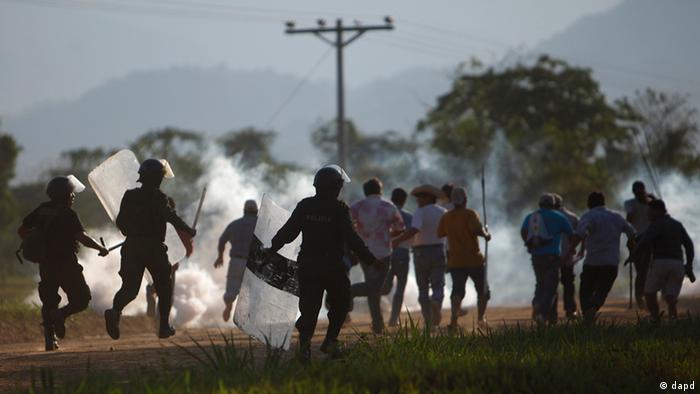 Bolivian President Evo Morales' plans to build a highway through the Amazon forest unleashed fierce anti-government protests in the country's capital, La Paz, last September. The controversial road was supposed to run through the indigenous territory, leveling an ancestral homeland inhabited by 50,000 native people from three different native groups. A police crackdown left 74 people injured, while 24 indigenous leaders are now under investigation for assault and kidnapping.

In Ecuador, projects to build open pit mines that would rip into the forest-covered hills of the lands of the Shuar Indians have spawned a protest movement as well. Some 194 indigenous leaders have been charged with terrorism and sabotage in recent years. The most recent round of protests was prompted by an agreement between Ecuador and China for industrial copper mining in the Amazon's Ecuacorriente Zamora-Chinchipe region.

In Chile and Peru, indigenous organizations have complained about the legal prosecution of Mapuche, Rapa Nui and indigenous farmers. The Inter-American Commission on Human Rights reported that targeted criminalization, intimidation and stigmatization of the indigenous movement has been used to weaken the defense of their territories and natural resources and break their right to autonomy and cultural identity. 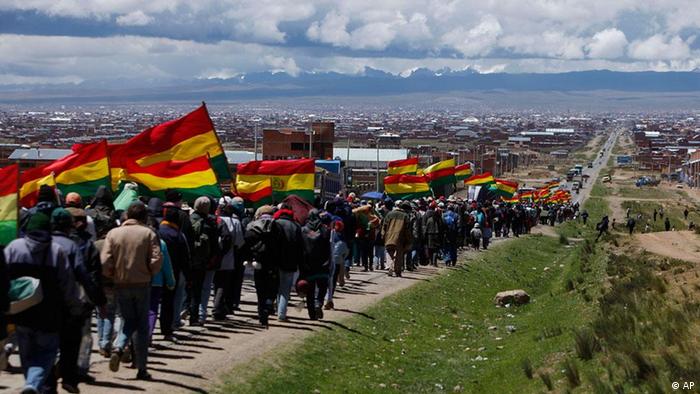 Crack down on protesters

In many Latin American countries, the measures taken against protesters are rather repressive, according to Almut Schilling Vacaflor, Latin American expert from the German Institute of Global and Area Studies. 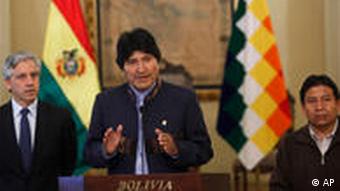 "Major problems in Chile, Peru and Ecuador are the sharp and dubious anti-terror laws that served once in the fight against guerrilla groups and are now being applied to environmental or human rights activists," she said.

The occupation of a building during a protest action in Peru would be treated as kidnapping.

"After September 11, 2001, we should be careful about using the term terrorist," Schilling Vacaflor said. "Governments all over the world like to use it against groups that make them feel uncomfortable."

According to Susanne Kaess, who runs the office of the Konrad-Adenauer-Stiftung in Bolivia, the protest march in La Paz was peaceful until security intervened. Also, she said she believes the news of the alleged kidnapping of Bolivian Foreign Minister David Choquehuanca was exaggerated.

"After the protesters were not allowed to speak with President Evo Morales, they encircled the foreign minister - who is, just like the president himself of indigenous origins - and forced him to march with them for about three hours," Kaess said.

The media had been present the whole time and, according to Kass, the onlookers could see where the foreign minister was. 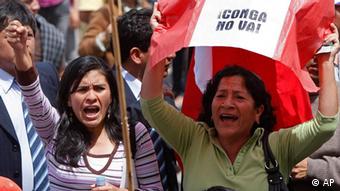 Kaess said she was aware, however, that the situation is quite complex. The line of conflict separates not so much the indigenous and non-indigenous populations, but the government and the opposition.

The indigenous inhabitants of the Andean lowlands and the two largest indigenous umbrella organizations in the country were against the proposed road. The coca growers from the highlands, mostly Aymara and Quechua, who are very close to the government, were in favor of the project because they wanted to expand their production area

"Not all indigenous people are fundamentally opposed to the infrastructure," Kaess said. "Indigenous economic interests and corruption play their roles too."

Just as in Peru or Ecuador, the government in Bolivia came to power with the support of indigenous votes. Now many indigenous people are accusing their governments that they are no longer representing their interests.

Mining as an economic factor 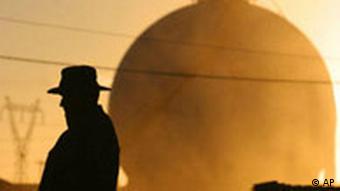 Bolivia's economy is dependent on the exploitation of natural resources

The governments themselves must perform a delicate balancing act. On the one hand, the export of raw materials contributes significantly to the economy. On the other hand, most countries in Latin America are signatories of the Indigenous and Tribal Peoples Convention of the International Labor Organization. The convention obliges governments to protect the rights of indigenous peoples and to consult them in a timely fashion when infrastructure projects are concerned.

According to Kaess, governments should do a better job at informing the indigenous population of official plans. Only then could the indigenous peoples properly evaluate the advantages and disadvantages of state projects. The environmental standards should be adhered to at all times.

Kaess added that indigenous residents should no longer be manipulated with small profit shares. This is true both for businesses and for those indigenous leaders who put the profits into their own pockets. The affected residents should receive a guarantee of fair compensation.

After losing its land to ranchers 15 years ago, Paraguay’s Yakye Axa community hopes now to return to its traditional way of life: a 2005 court decision is finally being implemented. (23.04.2012)

Droughts, floods and extreme weather have forced Bolivia to find new ways to save and use water. (20.03.2012)

It seems to be US President Obama's 'Latin America Month:' He hosted the presidents of Mexico and Brazil and attends a regional summit in Colombia this weekend. But Latin America is still far from a priority for the US. (09.04.2012)