With the deadline to ratify a global trade facilitation deal fast approaching, New Delhi's decision to block the agreement has drawn widespread criticism - not only from developed nations, but also from developing ones. 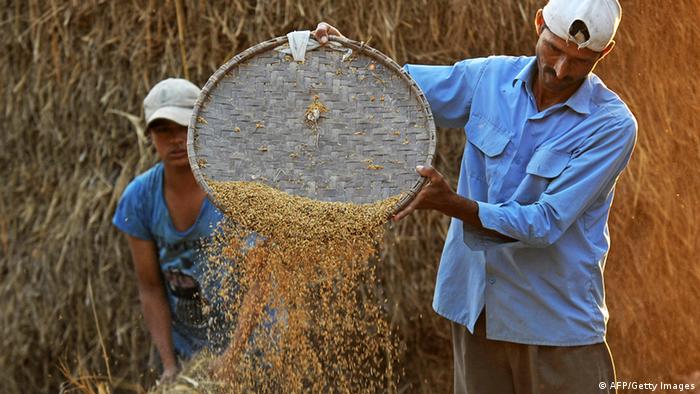 It was hailed as a historic deal that would give a thrust to world commerce and a fresh lease of life to the global trade talks. Some twenty years after the establishment of the World Trade Organization (WTO), ministers from 159 member states reached a "trade facilitation" agreement in December 2013 in Bali, Indonesia.

The accord, estimated to add around 1 trillion USD to the global economy, is designed to reduce trade barriers by lowering import tariffs and setting up common customs standards. It would provide both developing and developed countries with greater access to each others' markets.

But the fate of the pact is now uncertain after India's recent decision not to support the agreement unless New Delhi's concerns over food security are allayed. For the deal the be finalized, the protocol has to be ratified by all the signatories by July 31 and the failure to do so would not just jeopardize the multilateral trade talks, but also call into question the future of WTO.

Agricultural and food subsidies are at the heart of the current standoff. While the trade body mandates a reduction in subsidies, India wants to ensure the cutbacks won't hamper its food production as well as the ability of the government to feed the country's poor.

The issue is particularly sensitive as around a third of the population of India - the world's second most populous nation - is estimated to be living in poverty. Last year New Delhi passed a law that guaranteed inexpensive food grain to roughly 70 percent of the country's 1.2 billion people; a measure aimed at alleviating chronic hunger and severe malnutrition. 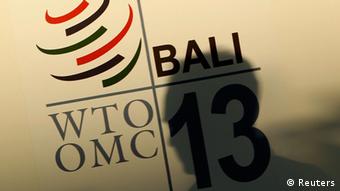 As a result, India has been wary of international trading rules governing food subsidies and grain stockpiles. Even at last year's WTO trade conference in Bali, there had been a stand-off between India and other nations over the same issues. But all sides were able to reach a last-minute agreement whereby final decisions on the status of state-supported food programs were postponed until 2017.

However, India's new government led by Prime Minister Narendra Modi - which came to power following a landslide victory in the April/May general election - made an unexpected u-turn and started demanding immediate talks on the unresolved issues. All of a sudden, New Delhi was not willing to wait until 2017 for a final settlement, demanding instead that the issues be resolved by the end of this year.

However, given that a host of WTO member states have refused to support India's bid to resolve the issue by the end of 2014, India's Ambassador to the organization, Anjali Prasad, demanded on July 25 a postponement of the trade facilitation protocol "till a permanent solution on public stockholding for food security is found."

The trade representative argued that this was important "so that the millions of farmers and the poor families who depend on domestic food stocks do not have to live in constant fear. To jeopardize the food security of millions at the altar of a mere anomaly in the rules is unacceptable."

As India's new prime minister, Narendra Modi's policies could have a positive impact on the country's relations with its giant neighbor China, says expert Swaran Singh. (24.05.2014)

WTO officials are still engaged in negotiations with the Indian government in the hope of finding a compromise acceptable to all sides before the July 31 deadline.

In the meantime, India's about-face has left many countries fuming and accusing New Delhi of destroying the consensus position that was reached last year. India's position, in turn, received backing from a small number of countries including Cuba, Venezuela and Bolivia.

According to Milan Vaishnav, political analyst in the South Asia Program at the US-based Carnegie Endowment for International Peace, India has thrown a wrench into ongoing WTO negotiations with its recent decision to block the trade facilitation agreement (TFA).

A group of some 25 WTO member states including Australia, Thailand, Norway and Mexico issued a statement saying that they were "dismayed" by the stalemate. The EU, for its part, said that the proper and timely implementation of the Bali trade package was of "crucial importance" to the WTO and all of its members. However, the EU also stressed that it was not ready to renegotiate basic elements or timelines that had been agreed as an integral part of the Bali package.

"Without the adoption of the Trade Facilitation Protocol by July 31 a great opportunity to mobilize trade as an instrument for growth and development would be lost, and the credibility of the WTO, which has proven its value as a firewall against protectionism during the financial crisis, would be further damaged," the EU added.

The US, too, criticized New Delhi's stance. It's ambassador to the WTO Michael Punke said: "Today a small number of WTO members are indicating that they may no longer stand by their commitments to implement the TFA. Or that they will honor their commitments only if they can now renegotiate the terms and receive new tradeoffs - additional to the ones they negotiated in Bali. It is profoundly disappointing that we have arrived at this moment." 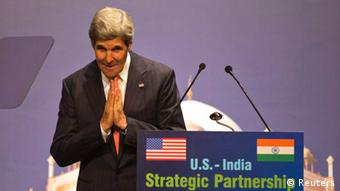 Punke also warned of the negative ramifications. "It is no use to sugarcoat the consequences of such action or to pretend that there would be business as usual in the aftermath. Many members, including developing country members, have noted that, if the Bali package fails, there can be no post-Bali. It's with regret that we agree with them," he pointed out.

Analyst Vaishnav told DW that by blocking the trade deal, New Delhi has raised the ire of most WTO members, including the US. "This development comes at a particularly inauspicious time, given the host of existing trade disputes between the two countries," he added. Against this backdrop, US Secretary of State John Kerry is scheduled to embark on a three-day visit to India, starting on July 30. In case of a failure to reach an agreement on trade facilitation before the deadline, analysts believe, the WTO episode could eclipse Kerry's visit.