Violence against women in India is widespread. But one group of girls has found a way to deal with the culprits. Meet the Red Brigade. 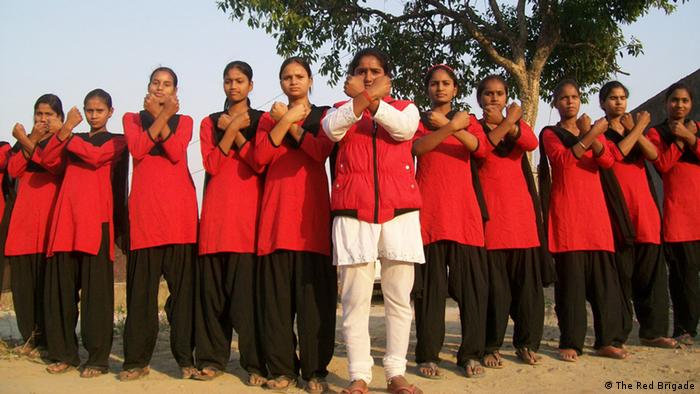 On the outskirts of the north Indian city of Lucknow is the Madiyav slum – a densely packed settlement with narrow lanes flanked by sewage lines on either side. It’s an unlikely place for a revolution to have taken root – much less a revolution led by girls.

The girls dressed in red tunics and black scarves stride confidently through the narrow lanes. A group of boys step aside to make way for these girls; They already know the vigilante group: the Red Brigade. 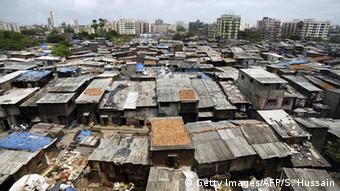 For girls living in the Madiyav Slum, life was particularly unsafe.

“It wasn’t always like this. Five years ago, Madiyav slum was an especially unsafe place for young girls. They were frequently harassed and molested, and rapes were reported on a weekly basis. Most girls had nowhere to turn.

Earlier, if any girl complained about being harassed by a boy, she would be blamed for setting herself up for it by being out of the house,” said Afreen Khan, one of the first to join the group. “When I was young, I used to go for these tutorial lessons, and there I was molested by a male teacher, he would touch me inappropriately. Later, I was raped by my step-brother.”

She was too scared to complain to her family because she knew her parents lock her up in the house and not permit to go to school for her own protection. 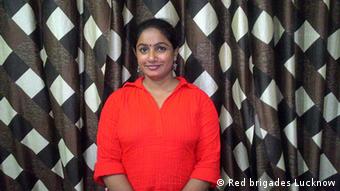 For Usha Vishwakarma, this culture of silence and victim blaming was even more insidious than the sexual assaults. A victim of repeated sexual violence as a young girl, she decided to take matters into her own hands. In 2011, she set up The Red brigade – a unique vigilante group that has grown as the problem with sexual crimes in India becomes more visible.

“If a boy is teasing or troubling a girl, we first confront him, ask him why he is behaving in this manner. The second step is, if we know where he lives, we complain to his parents. We also file a complaint with the police right away so that there is no question of the group being accused of violence."

“Our last step is: if the boy still hasn’t stopped harassing the girl in question, we all get together and humiliate him publicly. There are various ways of doing this – either we fight with him or beat him up."

Their methods may appear extreme to many, but they have proven effective. Local police are unable to provide exact estimates about the decrease in sexual assault in Madiyav slum but they estimate a drop of nearly 50% since 2011 when the group was founded. 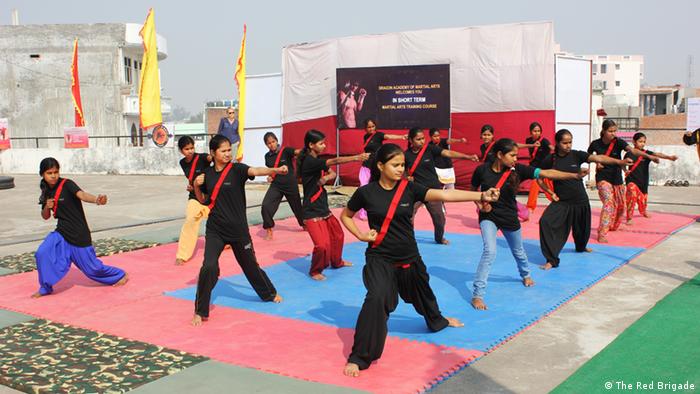 At first, it was difficult for Usha to rail against the traditional attitudes that prevailed in the slum.

“The traditional attitude is that girls should stay at home, and follow the rules. And when we do leave the house to work or otherwise, all kinds of accusations are hurled at us. People used to call me a prostitute. People think that women can’t do any work outside the house, that they are very weak."

Things changed in December 2012, when a young student named Jyoti Singh was raped and murdered 500 kilometers away in New Delhi. The incident sent shockwaves through the country, and led to a change in attitudes in Madiyav slum, too. Parents realized it was important to empower their daughters. Soon, the Red brigade recruited over 100 members. They meet almost daily to learn self-defense and often carry out protests in Lucknow on behalf of rape victims.

“The same people who would harass me earlier, if they see me today, they fold their hands and greet me," said Usha. "So there’s a vast change, people respect us here today." 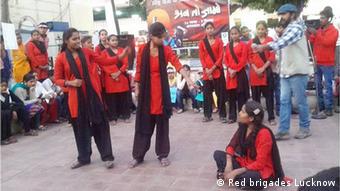 The women publicly humiliate any men who harass women.

Since it first began operations, the Red Brigade has trained 35,000 women in self defense measures and according to Usha, their mission is to train at least a million women over the next few years. Over the last year, the group has expanded to Benares, another city in Uttar Pradesh and has also set up a micro-financing scheme called "Women's Bank".

Yet, they still face resistance from many neighbors, who continue to think that a girl's place is in the house. Residents like Aanchal Shukla, a mother of three daughters, are ambivalent about sending them out into the world.

“Yes, we will support them a little bit, but not to go outside the house - they can do whatever they want inside," she said. "My husband does not want the girls to leave the house, he is very conventional, he does not believe in the modern view that girls should study and work.”

This story is part of the development reporting project "Enough! Women Fighting Violence Against Women Together in Unique Ways" and is co-financed by the European Journalism Centre and the Bill & Melinda Gates Foundation.