The Ganges is India's holiest river, considered a source of spiritual purification for devout Hindus. But today the river is among the world's most polluted, struggling under the pressures of modern India. 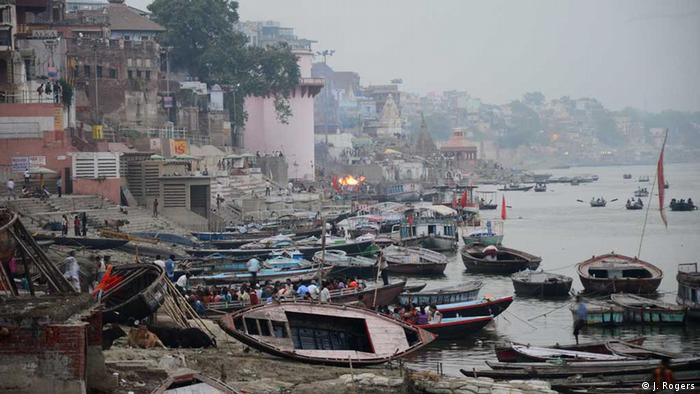 On the banks of the Ganges River in the Indian city of Varanasi, a man in his thirties is washing clothes by rhythmically hitting on them on a granite slab. Surrounding him on the steps that rise out of the water is a brightly colored patchwork of saris, drying in the morning sun. The man's name is Vijay Kumar and his family has been working on the river bank washing clothes for generations.

"Every day I'm here," he said. "I start at 5 a.m., then later in the day I iron everything. In the evening I deliver clothes to the customers."

Vijay Kumar's spot on the river is right next to one of Varanasi's traditional cremation areas - a place where Hindus come to burn the bodies of their dead. As he washes clothes, human ashes are dumped into the water just meters away, and smoke from the burning funeral pyres wafts out over the river behind him.

"It's a problem that the bodies are burning just near to me. But what can I do?" said Vijay. "This is our traditional place to wash clothes, and there is nowhere else to go. The government promised us a new location some years ago, but nothing has changed." 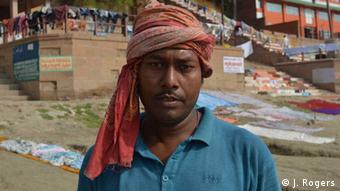 Vijay Kumar is just one of the more than 400 million people who depend on the Ganges River for their livelihoods. But he said he's struggling today because local environmental authorities are trying to shut down his business, saying that his soap suds are polluting the river.

This sort of challenge to balance economic interests and environmental protection is one being played out the world over. But with this river - and particularly here in Varanasi - there is another dimension: the Ganges River is not just an economic lifeline, but also a spiritual one.

Hindus worship the river is as a goddess, Maa Ganga - or Mother Ganga. Anthropologist Dr Assa Doron explained: "The city itself is very much associated with Shiva, and of course Shiva himself has a very strong relationship with the goddess Ganga […] who has a whole purificatory element - both of them together is what really makes this city shine," he said.

Every year millions of Hindu pilgrims come to Varanasi, seeking spiritual purification in the waters of the Ganges. Many other Hindus who come to Varanasi cremate their loved ones and throw the ashes in the sacred river.

Hindus believe that if you die or are cremated in Varanasi, you get moksha - or liberation from the cycles of death and rebirth. But while the river Ganges - known in India as the Ganga - may be pure for religious believers, in secular terms it's in fact gravely polluted. 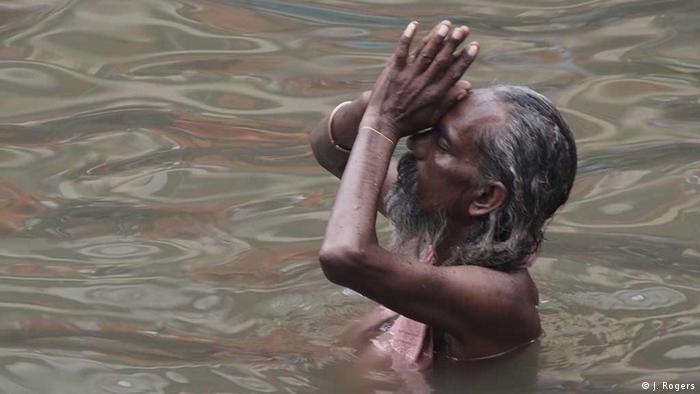 Hindus believe the Ganges to be purifying

Varanasi's cremation grounds, however, are just a small fraction of the wider pollution problem facing the Ganges.

The river runs for some 2,500 kilometers (1,550 miles), with more than two dozen major urban centers located on its banks. With many factories and business dumping toxic chemicals into the river, human sewage compounds the situation.

An estimated 3 billion liters (800 million gallons) of sewage is released into the Ganges each day, of which only a third - according official figures - is processed by treatment plants. Agricultural businesses are also draining the river basin and adding toxic pesticides and fertilizers into the river system.

Tripathi said that if pollution in the Ganges remains unchecked, the river faces a potentially terminal decline. Without conservation measures, he warned, the river will become fragmented into ponds and streams. "The entire structure of the river will be changed," he said.

Changing, and staying the same

As India grows economically, those who depend on the river are already bearing witness to the changing health of the river water.

Jaylal Sahani, a boatman now in his 50s, spends his days ferrying pilgrims and tourists in Varanasi. He remembers a time in his childhood when the river was pure enough to drink.

"If we drink the water now, we will get sick," he said.

Kumar, the clothes-washer, says the big factories and businesses are the real problem.

"The government should control the big business and leave us small people in peace. We have no choice but to work here," he said. 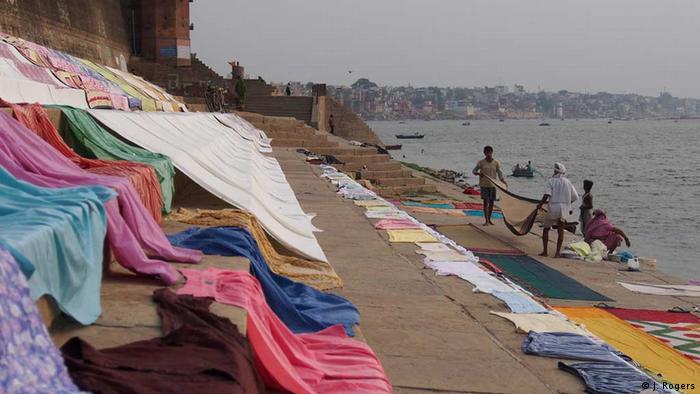 Clothes-washers think the main pollution problem is with industry

While modern pollution is forcing many people to break their ties with the river, Hindu scholar Krishnakant Shukla argued that the Ganges's unique place in Hindu cosmology means the river will remain at the heart of Hindu life - however severe the pressures of modern life may become.

Myth lives on in Varanasi, Krishnakant said. "Due to some inexplicable miracle, you can still find people here doing their daily practices the way they did one thousand years ago," he said. "This is amazing - I really don't think there is any other place in the world."

A believer's town of death and deliverance

Varanasi is the religious capital for Hindus and where many believers go to die and exit the cycle of reincarnation. Despite environmental concern, some 250 bodies are prepared and cremated every day on the Ganges River. (23.08.2013)

Respect for nature key to Hinduism

Respect and reverence for nature underlies many Hindu practices and rituals. Yet, many Hindu places of worship face huge environmental problems. (09.04.2013)

India's Kumbh Mela is the mother of all Hindu festivals, attracting millions of people to bathe at the holy confluence of the Ganges and Yamuna rivers in Allahbad. It's billed as the world's largest human gathering. (11.02.2013)

Listen to the report on India's polluted Ganges River