The former F1 team boss and chairman of Kingfisher Airlines is wanted in his homeland over accusations of fraud. Mallya has 14 days in which to appeal to the UK Supreme Court, if it agrees to hear the case. 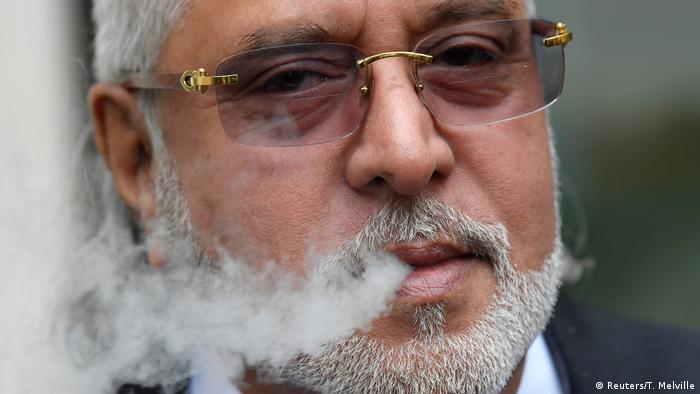 Indian business tycoon Vijay Mallya lost an appeal in Britain's High Court on Monday against his extradition to India to face fraud charges.

The allegations, which include money laundering, are related to the collapse of the now defunct Kingfisher Airlines that Mallya chaired. Kingfisher took out loans from Indian banks worth in excess of $1.4 billion (€1.3 billion), which authorities argue he had no intention of repaying.

"The SDJ [senior district judge] was entitled to find that there was a prima facie case of fraud by false representation," the judge said in their ruling.

The dismissal of the High Court appeal effectively paves the way for the 64-year-old's extradition to India to face the charges. However, Mallya has one final avenue to explore which would be an appeal to the UK Supreme Court, which he would have to make within the next 14 days. Even if he were to make such an appeal, though, the UK's highest court is under no obligation to hear the case.

If he does apply, the UK Home Office would wait for the outcome of that appeal. But if he does not, under the India-UK Extradition Treaty, the Home Office would be expected to certify the court order for the business tycoon to return.

The extradition of the former Indian Member of Parliament would be a success for India's Prime Minister Narendra Modi who has led the push to prosecute and convict former politicians and tycoons who left India when his Hindu nationalist BJP came to power. As well as his business interests, Mallya was also a politician for a secular party in India.

Mallya, the co-owner of the F1 team Force India, which went into administration two years ago but survived, was once known as "the King of Good Times" after the slogan of one of his premium beers, as well as his renowned love of the party lifestyle.

Regarding the original 2018 extradition ruling, Mallya's attorney, Clare Montgomery, had argued that Judge Emma Arbuthnot had made "multiple errors" because she did not consider the financial status of Kingfisher Airlines.

At the time, Arbuthnot dismissed Mallya's claim that the case was brought by political motivations back home and that he would not receive a fair trial in India.